UPDATE (May 21, 2020) - As California State Parks begins working with locals on a phased and regionally-driven approach to increase access to state park units where compliance with state and local public health ordinances can be achieved, it is important for visitors to continue to practice physical distancing and avoid congregating with people outside their immediate household. Everyone has the responsibility to mitigate the spread of COVID-19.

Here are some guidelines for people visiting Humboldt Lagoons SP:


What is currently closed at this park and throughout the State Park System?

Are there any new visitor guidelines?

Yes
Except for service animals, dogs not allowed in campsites, on trails, or in dune areas.

The park is located 40 miles north of Eureka and 55 miles south of Crescent City, CA on Highway 101. 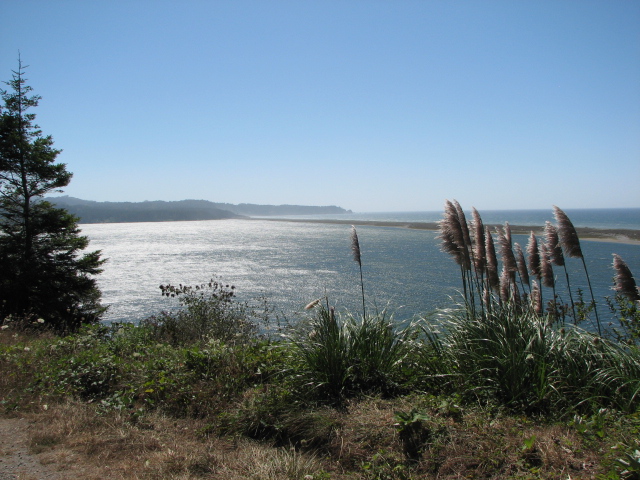 Humboldt Lagoons State Park lies on the sandy, windswept edge of ocean and forest. Formed by the clash of two tectonic plates, it’s part of the largest lagoon system in the United States. Ranger Maurice Morningstar calls it “a string of pearls that lets you look back in time and see a process that continues today.”

Forty miles north of Eureka, the park includes Big Lagoon, Stone Lagoon, and Freshwater Lagoon, as well as Dry Lagoon, which is now a marsh, bordered by dunes, forests, prairies, and coastal scrub. With such varied habitats, wildlife thrives. On a single visit, you can see whales and elk, trout and salmon, pelicans and woodpeckers.

Visitors can hike the California Coastal Trail and paddle, swim, and fish at the lagoons. There’s even a paddle-in and hike-in campground in the forest at Ryan’s Cove—and kayaks and paddleboards for rent at Stone Lagoon Visitor Center. In May or early June, take a short drive up Stagecoach Hill to see the blaze of color along Azalea Nature Trail.

In the early 1900s, Dry Lagoon was drained by early farmers; several types of crops were attempted but none proved economical. Several dairy ranches were established along the shores of Stone Lagoon.

Later when the highway was improved, a motel-restaurant called the "Little Red Hen" was located next to the lagoon. This business continued in operation until 1979. The restaurant building was remodeled into a museum and park office, now the Stone Lagoons Visitor Center.

Today the marshland habitat has returned to support a rich variety of marsh plants, birds, and other animals. The park offers boating, fishing, and hiking with day-use only picnic areas near the visitor center.

Bring your own boat or rent one to enjoy exploring the lagoon. At the beach, you have access to six miles of bird watching or whale watching.

Humboldt Lagoons is located 40 miles north of Eureka and 55 miles south of Crescent City on Highway 101.

Coastal/Temperate. Summer is foggy, cool, and damp, with temperatures averaging 50-60 degrees. Winter temperatures average 40-50 degrees with 60 annual inches of rainfall occurring mostly from November into May. Spring and fall typically have nice weather.

Visitor Center
Open daily from about 9 am to 6 pm

Can I bring the dog? - Not for camping or in dune area.