NATIVE PEOPLE
Ohlone Indians made this watershed their homeland for centuries. They built conical homes from bent willow poles, and traded local stones, shells and bone tools with inland tribes.

The Ohlone way of life changed radically after the 1776 expedition of Gaspar de Portolá. More Spanish explorers and Franciscan padres followed after Mission Santa Cruz was dedicated in 1791. The mission’s sphere of influence extended north to Año Nuevo Point and south to the Pajaro River valley near Watsonville. The Spanish grazed mission cattle on tribal grasslands and freely used the Ohlone food sources. Eventually, European diseases and the loss of their lands led to a dwindling Ohlone population. Today, Ohlone descendants practice their surviving cultural traditions.

RANCHO DEL REFUGIO
From 1791 to 1835, all of the land west of Mission Santa Cruz was called Rancho Arroyo del Matadero (“ranch of the streambed slaughtering ground”), where mission cattle were butchered. In the 1830s, the land was left to the three daughters of Joaquin Castro and became known as Rancho del Refugio. Maria Candida Castro and her husband José Antonio Bolcoff became Rancho Refugio’s first titled owners of record. Bolcoff was a Russian sailor who had jumped ship to become a naturalized Mexican citizen; later he was arrested for smuggling. He built two adobes and one of the area’s first sawmills on the rancho. Bolcoff’s butter and cheese were well-known in the Monterey area.

The rancho lands were split before a large portion was acquired by Moses Meder in 1854. In the 1850s, Meder constructed a new home, now the front portion of the old farmhouse. He expanded dairy and farming activities, building a creamery, dairy barn and other buildings. Meder’s butter sold for $1 a pound in San Francisco—expensive for the time. 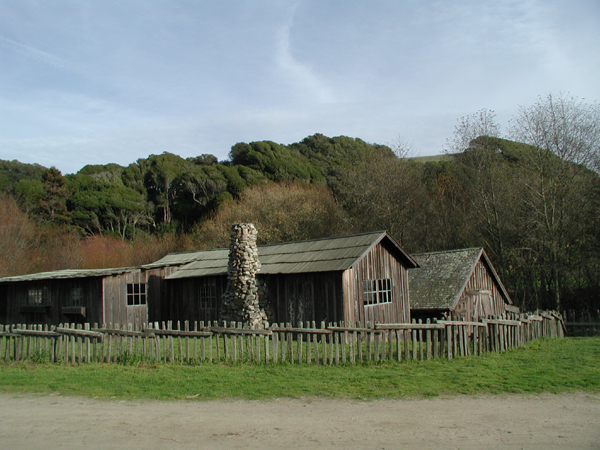 Partners Levi K. Baldwin and Deloss D. Wilder purchased 4,160 acres of the former rancho in 1871 and built a new creamery on the property in the mid-1870s. The partners amicably split the acreage between them in 1885; Wilder obtained the lower portion on Meder Creek.

D.D. WILDER’S CREAMERY
The Wilder family continued to work the land for five generations over nearly a century. In 1889, innovator D.D. Wilder harnessed water power to drive their equipment with a Pelton water wheel. A San Francisco newspaper credited Wilder with inventing “artificial sunrise” when he electrified his dairy. The dairy’s success enabled construction of a new Victorian farm house in 1897. The Wilder family ran the ranch until 1969, when property taxes exceeded farm income. 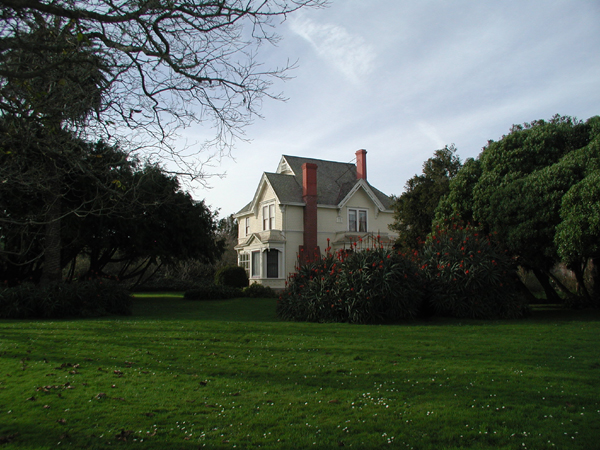 In the 1970s, the land was proposed for a housing development, but Santa Cruz County citizens voted to protect the open space. In 1974 California State Parks acquired the property to preserve the land’s natural environment and cultural history.