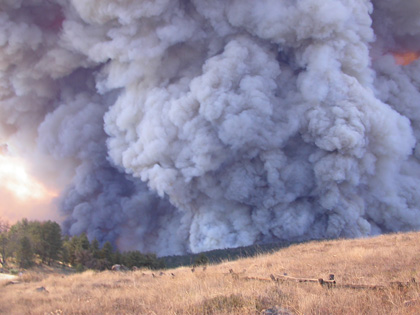 In the fall of 2003, the Cedar Fire burned over 24,000 acres (>98%) of Cuyamaca Rancho State Park. Fire intensity was so great that conifer trees with in the park experienced greater than 95% mortality. The seed bank and cone-producing forest canopy were nearly destroyed resulting in small patchy pockets of naturally regenerating mixed conifer seedlings and saplings.  Post-fire vegetation is dominated by herbs, shrubs and re-sprouting oak species and there is a possibility that without active reforestation, site conversion to shade-intolerant brush and exotic annuals could become permanent.

A Sugar Pine Before the Fire

The Same Sugar PIne After the Fire

In 2007, the Colorado Desert District of California State Parks initiated a mixed conifer forest restoration project to re-establish native conifer trees at Cuyamaca Rancho State Park. The project consists of planting 2,530 acres of former forest lands in a mosaic of patches that will become centers for seed dispersal, and are expected to restore the larger conifer forest. Initial seedling densities and ongoing forest management practices are expected to reduce the future chance of catastrophic, habitat type-conversion wildfires.

Project activities started in fall of 2007 with planning, mapping and site preparation by California State Parks and CAL FIRE employees for two pilot planting areas. Through February of 2013, 1,200 acres have been planted with approximately 350,000 mixed conifer seedlings. Planting takes place during January and February of each year because these months provide the weather conditions which are most favorable for seedling establishment and survival in Southern California’s arid mountainous region.

Join us as we work to restore a healthy forest ecosystem to Cuyamaca Rancho State Park. Donations to support the project can be made through a link on the California State Parks Foundation web site: calparks.org/reforest 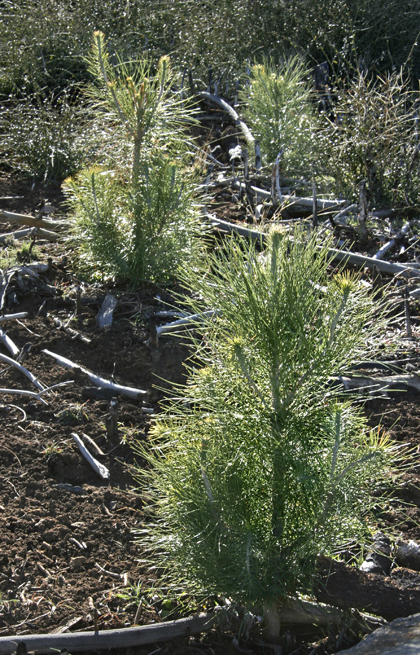