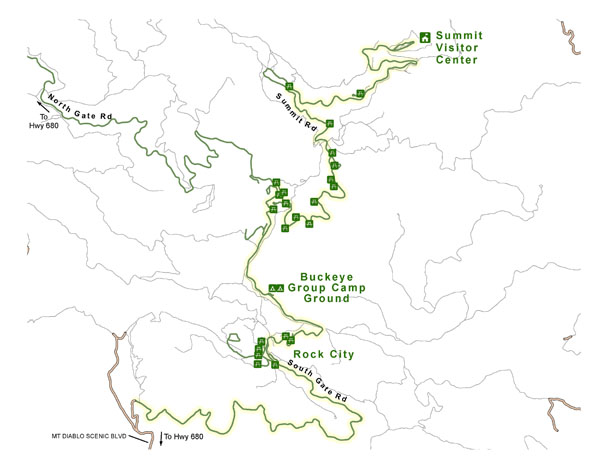 What do you build on top of one of the best view spots in the world? The crowning achievement of the veteran CCC companies on Mt. Diablo is the castle-like Summit Building, with view platform, an aviation beacon, and museum space. They also developed trails, roads, stone culverts, campgrounds, and picturesque individual picnic sites scattered along the park road. Both campgrounds and picnic sites included the rockwork camp stoves that have come to be known as “Diablo stoves.” California State Parks has restored many of the Diablo stoves in the park. As you tour the campground and picnic areas on the route, note the differences in style and construction of the stoves. (Click here to view and download a PDF (7.1 MB) of the 1937 CCC book on campstove design.)

Rock City Picnic Area
In approximately another mile, you will reach the Rock City area. There are CCC-built day-use sites on either side of the road in this area, developed in 1936. An unusual aspect of these picnic sites is the way they are tucked into semi-private nooks, unlike the more common mass day-use areas of most parks. Especially on the west side of the road at Rock City, the picnic tables, benches, and stoves, made out of the native stone of the area, blend in to the surrounding limestone outcrops. 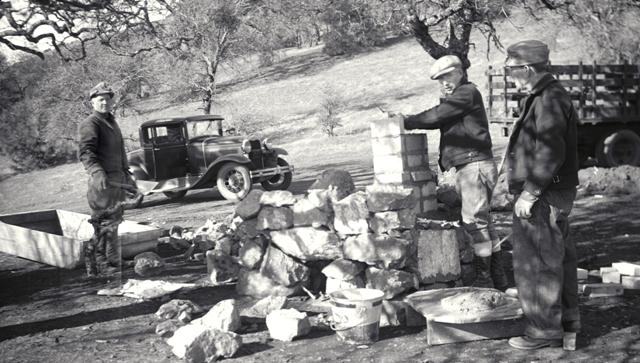 interesting to note here the differences in camp stove design. While all of the stoves the CCC built were based on a set of standard designs, they vary from park to park and within parks depending on what materials were available, where they were located, and who built them. Most of the stoves in this area include a chimney and a stone hearth. The stoves in the day-use areas are much simpler.

Individual Picnic Sites
As mentioned in the Rock City description, an unusual feature at Mt. Diablo is the isolated picnic areas built by the CCC. You will see several of these tucked into alcoves on the way to the summit, many with picturesque names such as Bridal Nook, Maple Nook, and The Pines. The men also built these sites in 1936.

The Summit Building
This is the crowning glory of Mt. Diablo, and of the CCC work at the park. A lookout tower portion was completed in 1941, and the rest finished in 1942. Fossil-bearing stone for the building was quarried in the 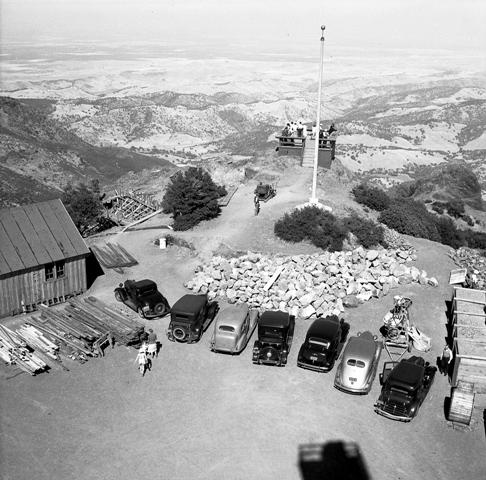 A trip to the summit of Mt. Diablo is not complete without a visit to the top of the Summit Building. Stairs wind around the outside, or an elevator is available from the inside for those who need it (click Accessible Parks link for more elevator information). The view is stunning—especially on cool, clear winter days.

The aviation beacon atop the Summit Building is no longer regularly used. It was left dark after the Japanese attack on Pearl Harbor, December 7, 1941. It is now lit every December 7 as a memorial to those who died in the attack.

The summit restroom is an easily overlooked CCC project. Constructed in 1940, it is built right into the hillside, with a viewing platform on top. 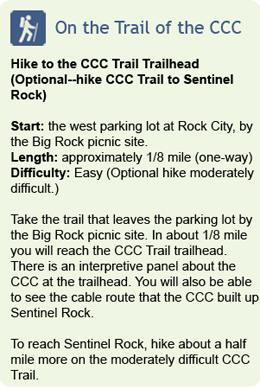