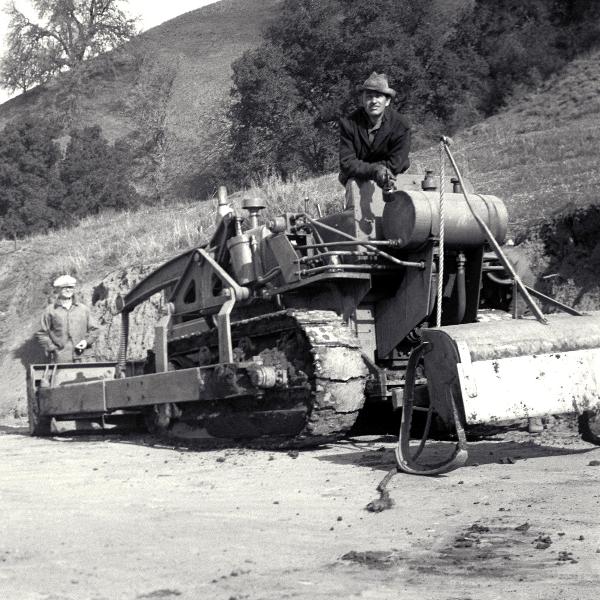 Interesting tidbit:  Where did they go in the summer? Calaveras Big Trees State Park, in the Central Sierras, where they fought fires and helped restore the 1850s Big Trees Hotel. (Ironically, the Big Trees Hotel burnt down in 1943.) 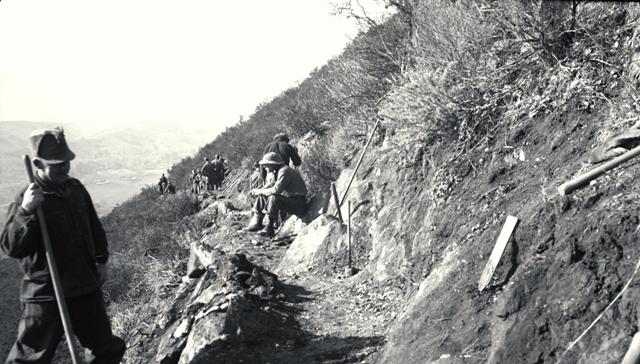 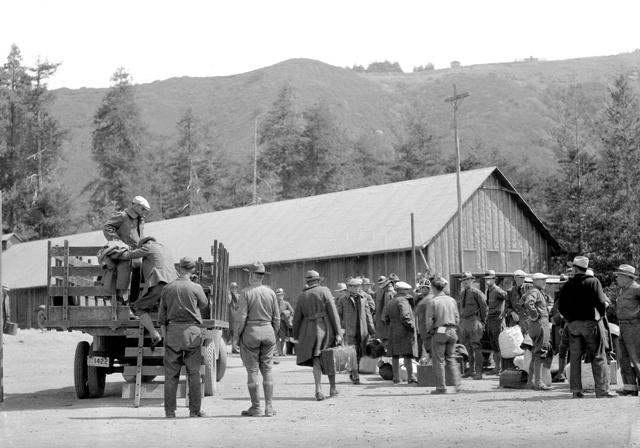 Interesting Tidbit: The men were well-liked by the locals, who didn't want to let them go. A company history written in 1938 said, " . . . when the news reached the Mill Valley citizens that the company would be moved to Sacramento Valley, . . . nearly every lodge and business organization sent petitions even to Washington to keep the company at Camp Mount Tamalpais, but the petitions were late . . ."

Interesting tidbit: Yes, this is the same company that was at Mount Diablo earlier. They were stationed at a different camp than the 1920V, near the town of Fairfax on the other side of Mount Tamalpais. The photos above are of the company in 1937-1938.

Why a Veterans' Company?

The Great Depression hit war veterans hard, especially those who had been having difficulty finding or keeping work before the depression. At that time there were no special programs to assist veterans. Congress had voted in 1924 to award them a retirement bonus, to be paid in 1945. Feeling that the service to their country should entitle them to earlier payment of the bonus, veterans marched to Washington DC and formed an encampment in July, 1932. The protesting veterans came to be known as the Bonus Army.

The first Bonus Army was forcibly evicted from Washington. Desperate, veterans formed a second Bonus Army in May, 1933. Their pleas for early payment of the bonus were not answered, but President Roosevelt decided instead to add veteran companies to the CCC. He issued Executive Order 6129, dated May 11, 1933, authorizing the immediate enrollment of about 25,000 veterans of the Spanish American War and World War I, with no age restrictions. The early bonus was finally approved and paid in 1936, but the veteran CCC companies continued. Nearly 250,000 veterans eventually served in the Corps.

For information from the Library of Congress on the Bonus Army, including photographs and other links, click here. The Bonus Army information is near the bottom of the page.