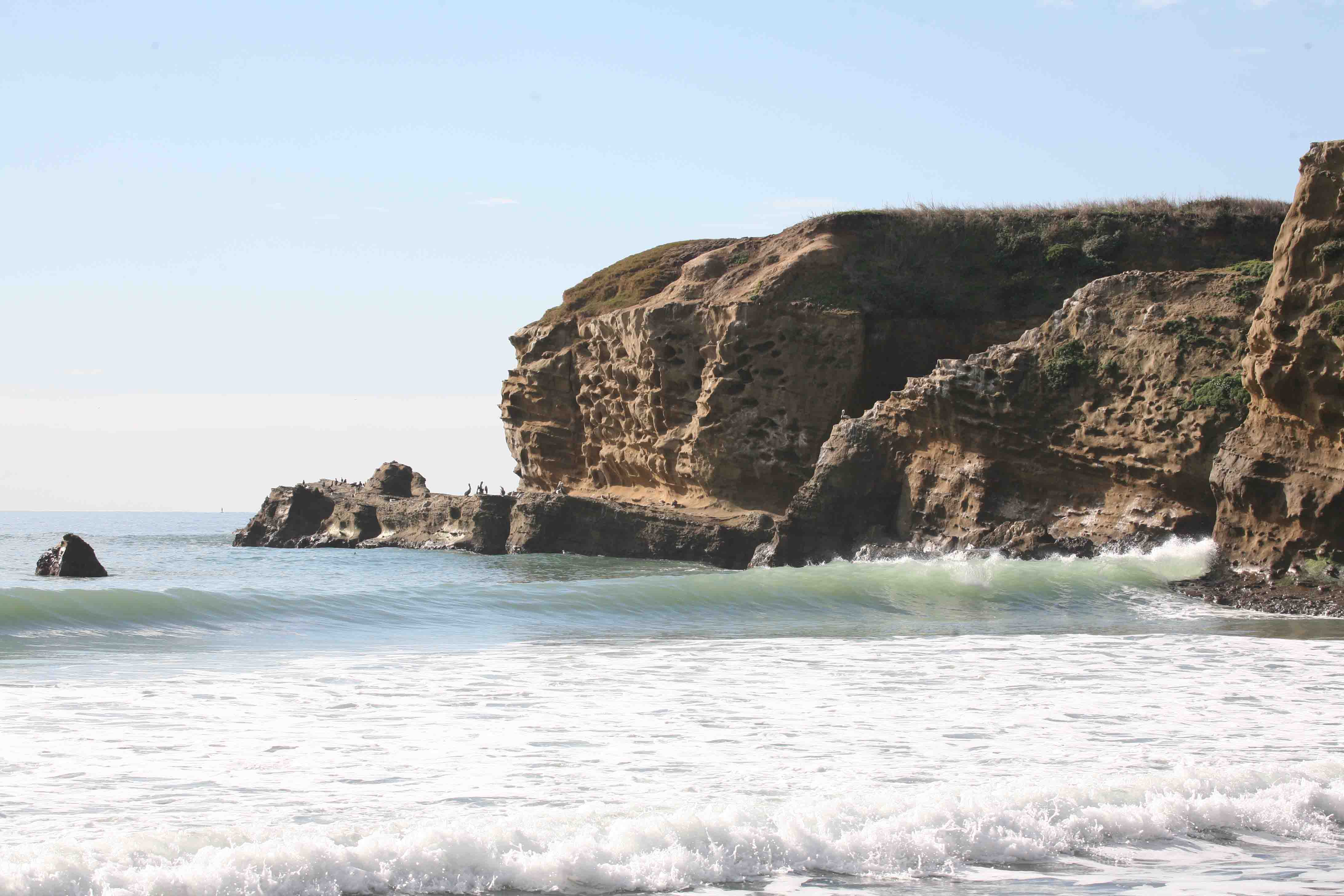 The surf-resistant rock that forms Año Nuevo Point is known as the Monterey Formation. It started out as sedimentary clay and silt laid down beneath the sea some 12 or 13 million years ago. Since then it has been gradually transformed by time, temperature, pressure and the addition of silica from the skeletal remains of one-celled sea creatures, until today it is a thinly layered, light-gray to whitish mudstone. It underlies much of the reserve and is fairly common throughout the Coast Range.

The Monterey Formation material that forms the point today has been lifted above sea level and shoved northward by tectonic activity along the San Gregorio Fault Zone, which cuts through the reserve. Several small thrust faults associated with the major fault zone can be seen in the cliff face along the south shore of the reserve.

When merchant and mariner Sebastian Viscaino first saw Año Nuevo Island in 1603, it was still part of the mainland. The island remains an integral part of the marine terrace that to this day extends out into the sea from the foot of the Santa Cruz Mountains.

The westerly portion of the marine terrace is covered by sand dunes that are migrating from north to south, driven by the prevailing northwesterly winds. This 300- to 350-acre dune field is one of the few remaining active dune fields on the California coast; most of the others having been disrupted or destroyed by human activity. Here at Año Nuevo the dunes are not being overrun by dune buggies or threatened by development, but they are changing character as a result of decreased sand availability and adjacent agricultural activity.

Irrigation of nearby fields has raised the water table within the reserve and enabled the establishment of various kinds of plants. Grasses trap the drifting grains of sand. Wild strawberries form mats of runners across the surface, and deep-rooted willow thickets develop. As dune stabilization continues, bushy perennials like mock heather, lupine, lizardtail and coyote bush appear. Sand verbena, the succulent sea fig and colorful annuals such as evening primrose and sea rocket hug the surface of the sand and provide both cover and food for mice, rabbits and other small animals.