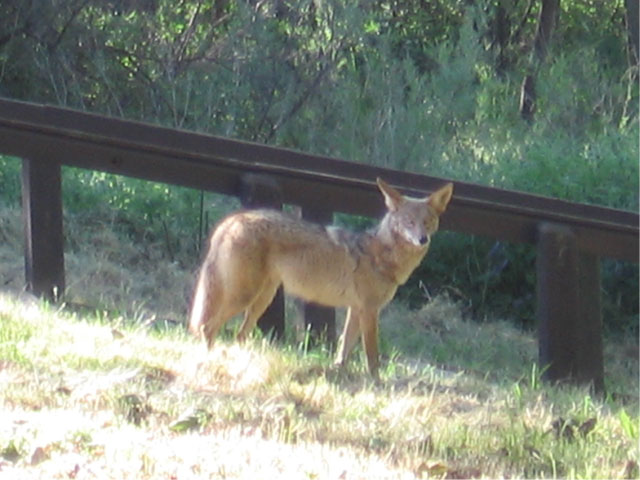 Black-tailed deer, ground squirrels, raccoons, skunks, opossums, gray foxes, rabbits and coyotes are often seen in the park. Mountain lions and bobcats are seen occasionally. Beaver and muskrat live in the Mormon Island Wetlands, which is also a wonderful area for bird watching.

Canada geese usually winter at Folsom Lake and there are heron rookeries on Anderson Island Nature Preserve and the south shore of Lake Natoma. In spring several kinds of ducks can usually be seen. Year round residents of the 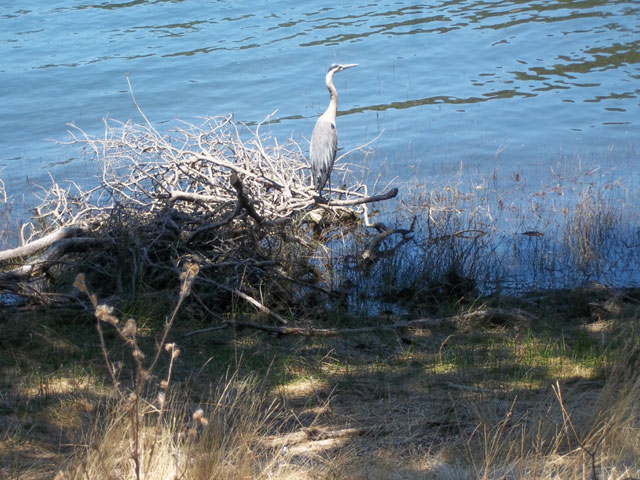 area include blackbirds, scrub jays, quails, bushtits, wrens and towhees. Flycatchers can be found in the dry chaparral. Look for kingfishers, grebes and gulls near the water. Red-tailed hawks, kesterls, eagles and other raptors can often be seen soaring over the lake.

Rattlesnakes can be found in this area. They are important members of the natural community. They will not attack, but if disturbed or cornered, they will defend themselves.  Give them distance and respect!

Poison oak is present in many parts of the park. If you are not familiar with it, ask the park staff to help you identify it. Do not touch the stems or leaves because the oil from this plant (even when it is dormant during the winter) can cause a serious rash. The shiny leaves of this shrub grow in groups of three on smooth stems. They are green until fall when they turn various shades of red and orange.