The local first local people were the Ohlone. The native people harvested resources on the edges of the forest, but little evidence exists that they ever lived deep among these redwoods. Two Mexican land grants to the Castro family in 1833 and 1844 partly form the boundaries of today’s park.

In 1880, however, the Southern Pacific Railway arrived in nearby Monterey. The company financed the purchase of tree-filled Upper Aptos Canyon, the Loma Prieta Lumber Company, and the Loma Prieta Railway. Chinese laborers cut and graded the rail line seven miles up the canyon. By 1883, standard-gauge railway tracks had been built to haul the huge redwood logs to mills.

The 1880s cost of building this railroad, part of today’s main Fire Road, was estimated at $50,000 per mile. The Loma Prieta Mill became the largest in the Santa Cruz Mountains until disastrous landslides during San Francisco’s 1906 earthquake paused logging efforts.

Logging resumed from 1909 until 1924, when most of Loma Prieta’s mill was dismantled and abandoned—after processing 140 million board feet of redwood. 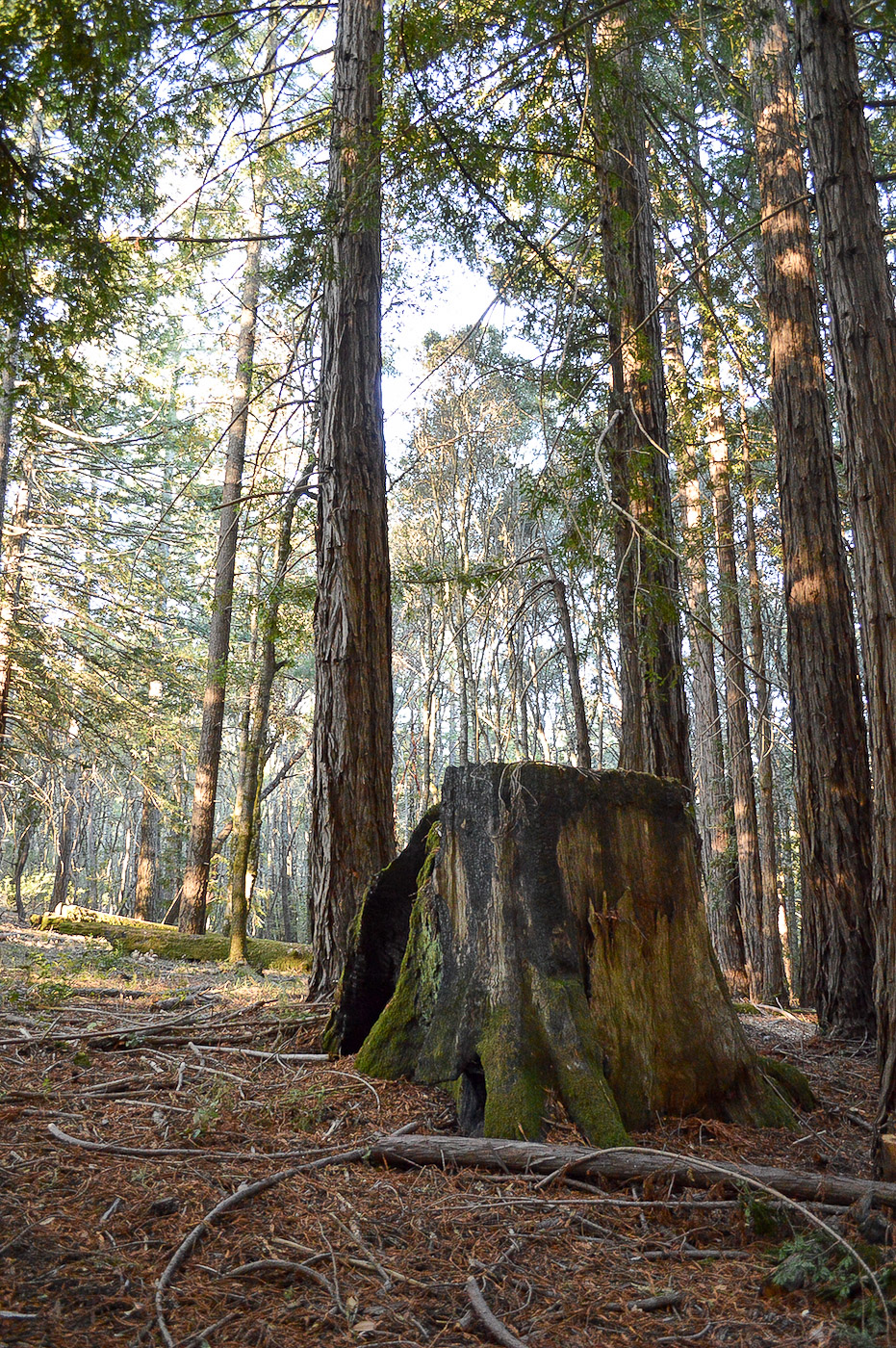 The Marks family of Salinas deeded more than 9,000 acres to the state for use as a public park in 1963. Named for matriarch Nisene Marks, the gift deed specified that the “natural preserve” be used only for camping, hiking, and nature study. Other donations have increased park acreage to nearly 10,000 acres. The Forest of Nisene Marks honors forest regeneration and preservation efforts.