Geology
The park is a maze of ridges, canyons and creeks. Names such as Big Slide, the Epicenter, the Mill Site, and Big Stump Gulch offer a hint of the floods, earthquakes, and logging that shape and reshape the rugged landscape.

The park’s sedimentary sandstones were laid down 3 to 5 million years ago when this area was covered by a shallow inland sea. Fossilized seashells can be spotted, especially in exposed creekbeds where Aptos and Bridge creeks continue to carve their way to the sea.


Plants
In the cool and quiet semi-wilderness of the park, tall trees shelter creeks and canyons. The park contains grassland, scrub, chaparral, woodland and forest riparian communities. Eighty percent of the hilly park is covered in coast redwood (Sequoia sempervirens) forest, with trees ranging in age from 80 to 120 years old and some reaching heights of more than 200 feet tall. A few old-growth redwoods still survive within the park. The younger redwoods often sprout from the root collar or base surrounding cut stumps. 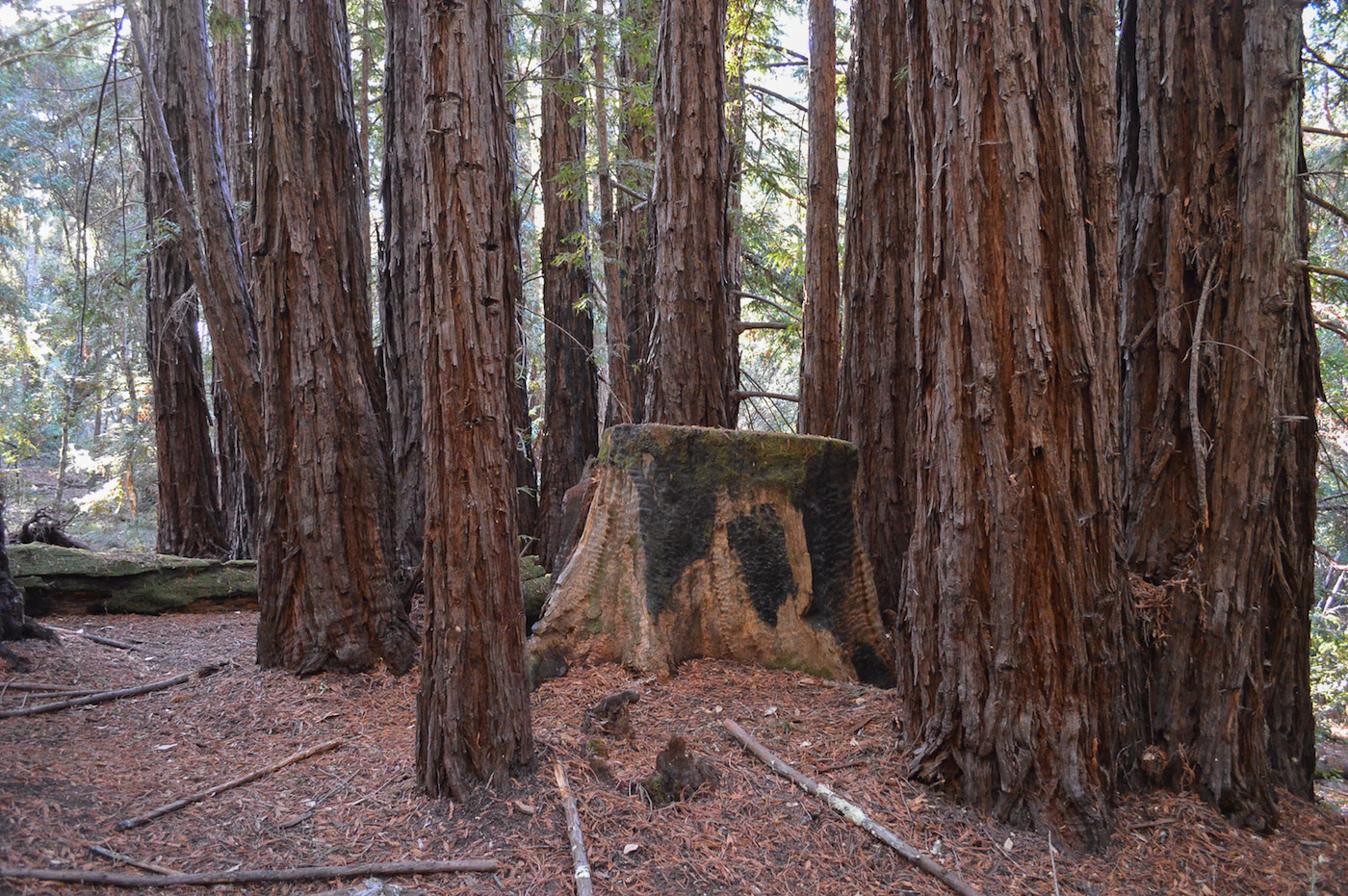 Redwood species once grew throughout Asia, Europe and North America. The remaining range of coast redwood is limited to the Pacific Coast fog belt between Oregon and the Big Sur coast. To learn more about redwood tree history and ecology, visit our Redwood Ed learning pages.

Five percent of the park is covered in Northern maritime chaparral containing coyote brush and woolyleaf manzanita. Other habitats include a purple needlegrass grassland and a red alder riparian forest.

Wildlife
The Forest’s diverse topography, abundant water, and varied plant life support many species of wildlife, including raccoons, cougar, deer, yellow-legged frogs, and banana slugs. Native birds include the American dipper, Pacific wren, and saw-whet owl. Coho salmon and steelhead spawn in Bridge and Aptos creeks after the first big rains in the fall. Fishing is not allowed in the park. 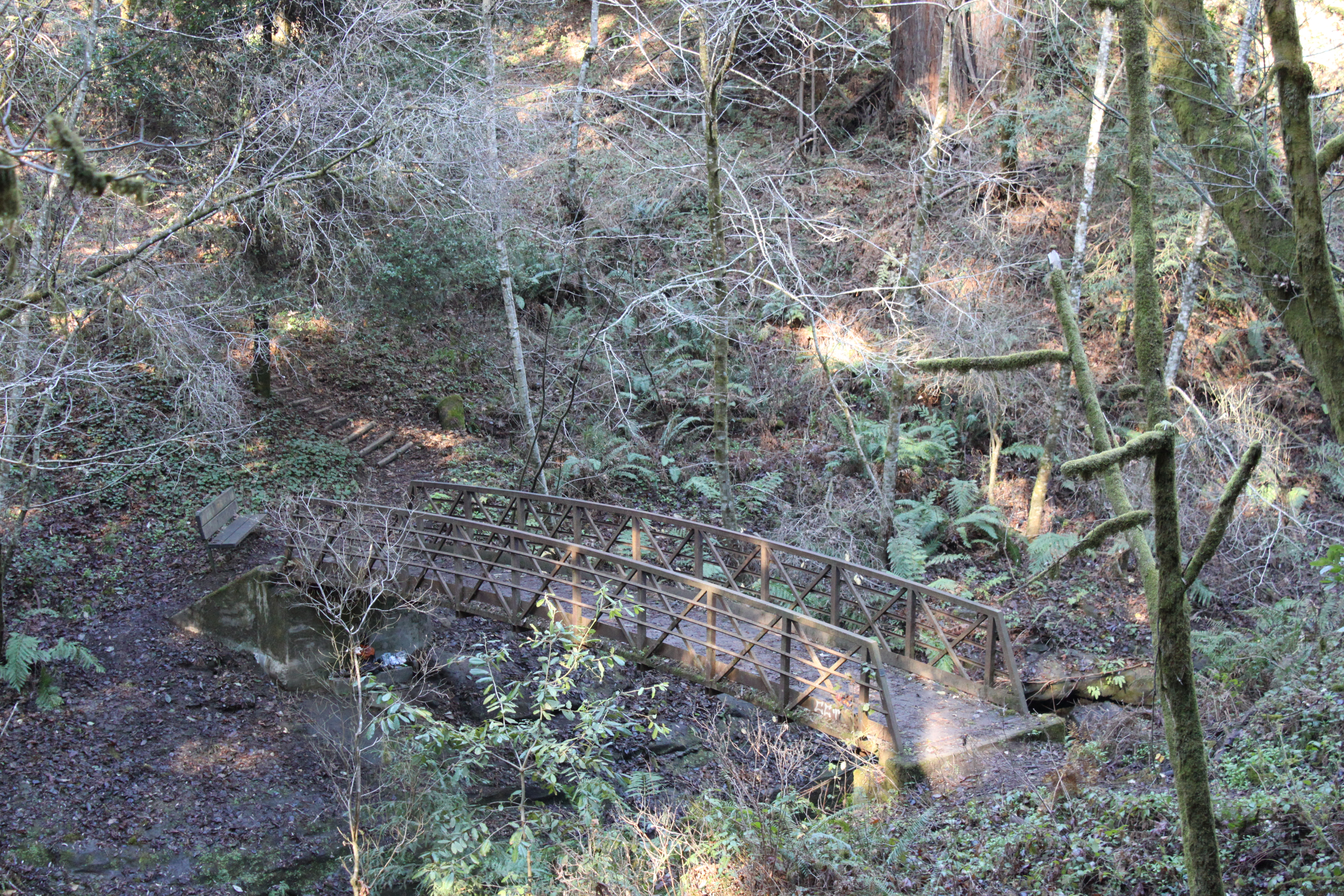 Climate Change
In a time of climate change, redwoods are an asset. Their size and longevity help them store more climate-altering carbon dioxide than other plants. Even old redwoods continue to grow, each year adding more carbon-filled wood than smaller, younger trees. After redwoods die, their rot-resistant wood keeps that carbon out of the atmosphere for a long time.

Could redwoods be harmed by climate change? Scientists say that increasing temperatures, along with decreasing summer fog, could pose a threat in the decades to come. To find out more about the effects of climate change in California’s redwood parks, go to this Save the Redwoods League web page.