History of the Fort 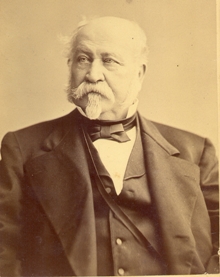 The "Fort" built by Swiss immigrant John Sutter more than 150 years ago was not only located at a pivotal point in California. It was a pivotal point in history. This combination of big dreams, bold adventures and reality all manifest themselves at Sutter's Fort State Historic Park and help bring California history to life.

John Augustus Sutter was born in Europe to Swiss-German parents in 1803. After several financial reverses, like millions of others in Europe during the time, Sutter set out to make his fortune in America. After a series of adventures that ranged from Missouri and Santa Fe to Hawaii and Alaska, Sutter finally made it to California and arrived in Sacramento in the late fall of 1839.

In Sacramento, he built what came to be known as Sutter's Fort -- with walls that were 2 1/2 feet thick and 15 to 18 feet high -- and developed what he considered to be the real wealth of California -- crops such as grapes and wheat, along with vast herds of cattle. Aligning himself with the Mexican authorities, at one point, with his various land grants, Sutter owned more than 150,000 acres of the Central Valley, and was a generous host to such colorful and historically important characters as John C. Fremont and Kit Carson,

In 1848, James Marshall, a carpenter working for Sutter, discovered gold at the sawmill Sutter was having built in Coloma, on the American River. Before the mill could be finished, word of the discovery was out. Sutter's workers deserted the Fort for the goldfields seeking their fortunes. By the 1850's, all that was left of Sutter's Fort was the central building.

The Native Sons of the Golden West were influential in the restoration of the Fort which began in 1891 and was completed in 1893. Donated to the State of California, Sutter's Fort became a part of the California State Park System in 1947. Sutter's Fort stands as the oldest restored Fort in the United States.

Today, the Fort is furnished and reconstructed to reflect its 1846 appearance. Many activities and programs recreate the past thanks to the volunteers who give their time to share their love of California History.