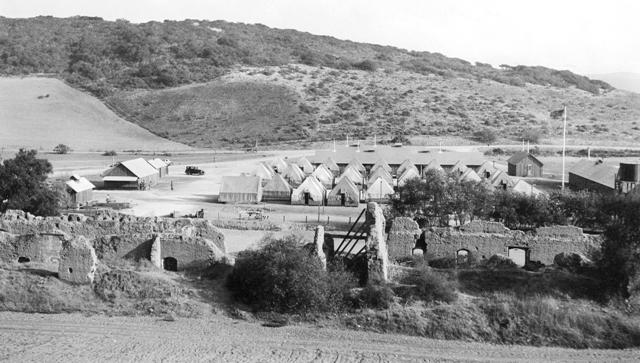 La  Purísima Mission State Historic Park:  Misión la Purísima Concepción de María Santísima (Mission of the Immaculate Conception of Most Holy Mary) was founded by Father Presidente Fermin de Lasuén on December 8, 1787.  It was the 11th of 21 Franciscan Missions.  A major earthquake on December 21, 1812, destroyed many of the mission buildings.  Father Mariano Payeras received permission to relocate the mission community four miles to the northeast in La Cañada de los Berros, next to El Camino Real.  La Purísima Mission was officially established in its current location on April 23, 1813.  In 1933 private ownership deeded several parcels to the State of California. Under direction of the National Park Service, the Civilian Conservation Corps began the reconstruction of many of the mission’s adobe buildings.

The recreation of the La Purísima Mission was "one of the largest historical restoration and reconstruction projects" in the United States. "The first order of business for the CCC crews was to collect historical information, both written and physical. What we would term as "inner city" young men were taught archeological techniques as they located and uncovered the ruins of 13 buildings. Their findings provided information about the physical fabric of the structures and opened little windows into mission life. Initial construction techniques were very similar to those used by the padres and Indians.  Tens of thousands of adobe bricks and tiles had to be made and dried, most of the soil coming from the overburden removed from the building foundations.  Clay was dug from the surrounding hillsides and processed into roof and floor tiles. Furnishings and hardware were made in the carpenter shop and blacksmith shop."  from Prelado de los Tesoros de la Purísima website.

Reconstruction of the three main buildings was completed and the walls were up on three smaller buildings, when the mission was dedicated as a State Historical Monument on December 7, 1941. Over the next years, the three smaller buildings were completed and additional buildings reconstructed. It is considered the most completely restored mission in California, with ten of the original buildings fully restored and furnished, including the church, shops, quarters, and blacksmith shop. La Purísima Mission is a National Historic Landmark. 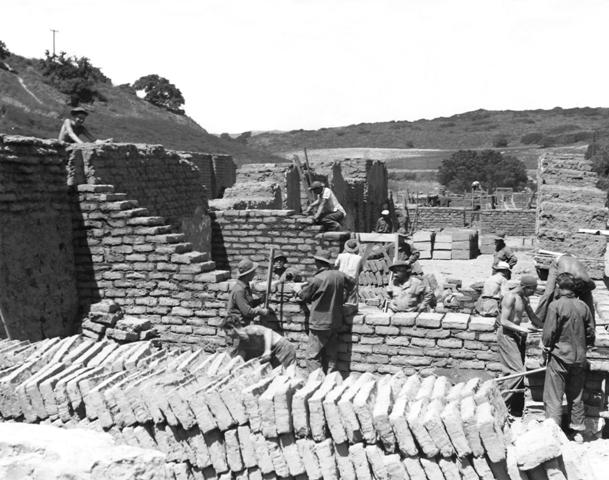 The Mission Church, the cemetery walls, and the 325 foot long "shops and quarters”
building used over 140,000 adobe bricks, 54,000 roof tiles and
40,000 floor tiles alone. La Purísima Mission was completed on
December 7, 1941, which was the 154th Anniversary of the original S
panish dedication of the mission. 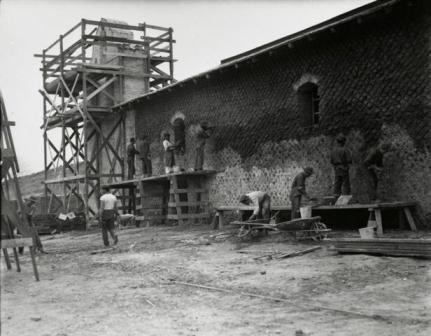 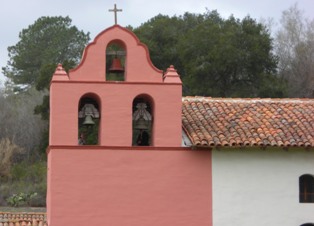 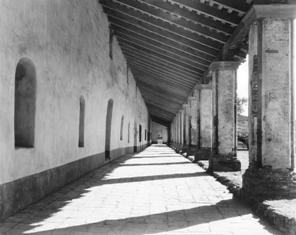 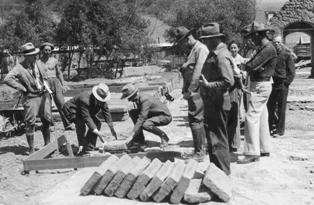 Pictured: Top La Purísima Mission ruins with CCC crew tents behind in 1934. Center historic photos of CCC crew members working on the adobe walls of the Mission in 1935. Lower recent photo of Mission Bell Tower and historic photo of the corredor of the Mission residence in 1937. Bottom CCC administration laying the first brick to begin reconstruction in 1936.