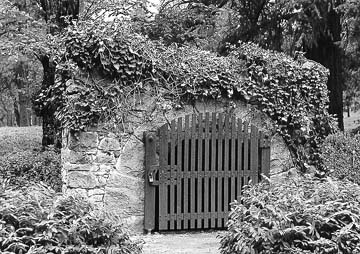 Ownership of the mine continued to change rather rapidly during the 1850s and 1860s. Surface structures and processing plants were repeatedly torn down, rebuilt, and modernized. The Empire Mine prospered after capitalist William Bourn gained a controlling interest in 1869, but his death in 1876 was followed by a slump in production.

In 1879, Bourn's son, William, Jr., reached the age of 22 and took over management of the mine. At that time, all indications pointed to the mine's imminent closure. Many believed that profitable operations were impossible below the 1,200-foot level, but young Bourn reorganized the company and boldly pushed several shafts much deeper. For several years, operating expenses were barely paid, but by 1884 the operation was making a profit once again.

Much of the Empire's success was the work of Bourn's cousin, George W. Starr. Starr began work in the Empire Mine at the age of 19 and, in six years (1881 to 1887), worked his way from mucker to mine superintendent. In 1893, he gave up his position to join the famous mining engineer, John Hayes Hammond, in the gold mines of South Africa. Then, on his way to Alaska in 1898, Starr stopped in San Francisco to visit his cousin. Bourn persuaded Starr to return to the Empire, where he served as superintendent until 1929.

The most important factor in the success of hard-rock mining in California was the immigration of skilled miners from Cornwall, England, where hardrock tin and copper mining had been carried on for over a thousand years. These Cornishmen brought experience, skill, and the latest technological advances in mining equipment. One of these inventions, "the Cornish pump," was so efficient that the pumps of this kind continued to be used until the early 1930s. By 1890, the population of Grass Valley was reportedly 85 percent Cornish. Cornish miners dug 367 miles of tunnels -- some of which angled downward into the earth some 11,000 feet, nearly a full vertical mile below the surface.

Before World War I, Bourn and Starr installed many mining improvements, and the Empire became famous as one of the most progressive and best managed gold mines in America. Even to its final day, however, mules were used as a source of power to haul rock to the main mine shaft where it could be hoisted to the surface. The mules were well cared for and lived in snug, under ground barns until they became too old to work.

In 1929, Bourn, in failing health, sold the Empire Mine to Newmont Mining Corporation. During the same year, Newmont also purchased a controlling interest in the North Star Mine. The combined operation of these mines was then known as the Empire-Star Mines Company Ltd. Gold from the Empire-Star not only helped keep the Newmont Corporation solvent during the early 1930s but made the Great Depression something the residents of Grass Valley "only read about in the papers".

The Empire Mine's prosperity continued until World War II, when the War Production Board halted nonessential industries, such as gold mining. The mine reopened in 1945, but the price of gold remained fixed at its 1934 level of $35 an ounce, providing little profit. By the early 1950s, inflation had driven the cost of mining to $45 per ounce of gold. The company could not pay the miners enough to feed their families. Consequently, on July 5, 1956, the miners went on strike. For several months thereafter, while the strike continued, the big underground water pumps remained in operation in anticipation of the miners' return. The removal of underground mining equipment began in January 1957. On May 28th, the last pump was shut down and the mine finally closed. Its equipment was sold at auction in September 1959. By then total gold production had reached nearly six million ounces. (More than two billion dollars worth of gold in 1994 prices.)