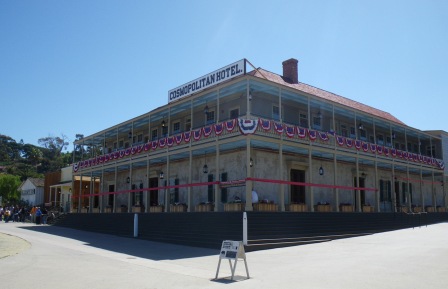 The three-year, multimillion-dollar restoration of Old Town San Diego’s Cosmopolitan Hotel & Restaurant has been completed and the “crown jewel of the state park system” is now open for business.

“We want everyone in San Diego to come visit us and celebrate the Cosmopolitan’s return to glory,” stated Cosmopolitan proprietor Joseph Melluso. "The Cosmo" (as it is affectionately called by Old Towners) enjoys a prime location in Old Town San Diego State Historic Park, surrounded by museums, historic landmarks and quaint shops, overlooking a grassy plaza. The Cosmopolitan includes an indoor and outdoor restaurant by the same name, boutique hotel with 10 rooms on the second level, along with private dining rooms for special occasions.

The Cosmopolitan Restaurant features American regional cuisine served by Executive Chef Amy DiBiase and is dedicated to the melding of modern tastes with traditional ingredients and foods of the 1870s.

Originally constructed as the home of San Diego pioneer and early settler Juan Bandini between 1827 and 1829, the Cosmo is one of the most significant buildings in California with a history spanning more than 175 years. It was used first as a home for Bandini’s family and later adapted and converted into a hotel, apartment building, olive factory, and restaurant.

The building is not only a rarity because of its long history, but it has been associated with some of California’s most important people and events, and its distinctive architectural character helps tell the story of the birthplace of California. “The Cosmo will be recreating many of these community events in the plaza for Old Town guests to enjoy,” said Chuck Ross, president of Old Town Family Hospitality Corp. that leases the property from the state.

The Cosmopolitan Hotel & Restaurant is located on the corner of Calhoun and Mason streets in Old Town and there is ample free parking along Juan Street. For more information about Old Town’s Cosmopolitan Hotel, visit www.oldtowncosmopolitan.com 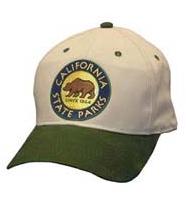