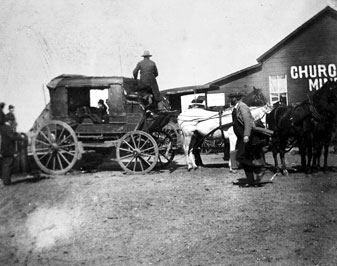 Mark Twain observed the stage company hierarchy in the early 1860s, while traveling across the continent on the Central Overland California Route with his brother Orion Clemens. He later wrote about the organization in his book, Roughing It.

The stage company had everything under strict discipline and good system. Over each two hundred and fifty miles of road they placed an agent or superintendent, and invested him with great authority. His beat or jurisdiction of two hundred and fifty miles was called a “division.” He purchased horses, mules, harness, and food for men and beasts, and distributed these things among his stage stations, from time to time, according to his judgment of what each station needed.

He erected station buildings and dug wells. He attended to the paying of the stationkeepers, hostlers, drivers and blacksmiths, and discharged them whenever he chose. He was a very, very great man in his “division”—kind of Grand Mogul, a Sultan of the Indies, in whose presence common men were modest of speech and manner, and in the glare of whose greatness even the dazzling stage-driver dwindled to a penny dip. There were about eight of these kings, all told, on the overland route. 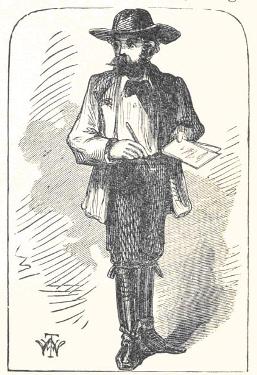 The Conductor from Mark Twain's Roughing It

Next in rank and importance to the division-agent came the “conductor.” His beat was the same length as the agent’s—two hundred and fifty miles. He sat with the driver, and (when necessary) rode that fearful distance, night and day, without other rest or sleep than what he could get perched thus on top of the flying vehicle. Think of it! He had absolute charge of the mails, express matter, passengers and stage-coach, until he delivered them to the next conductor, and got his receipt for them. Consequently he had to be a man of intelligence, decision and considerable executive ability. He was usually a quiet, pleasant man, who attended closely to his duties, and was a good deal of a gentleman. It was not absolutely necessary that the division-agent should be a gentleman, and occasionally he wasn’t. There were about sixteen or eighteen conductors on the overland, for there was a daily stage each way, and a conductor on every stage.(2) 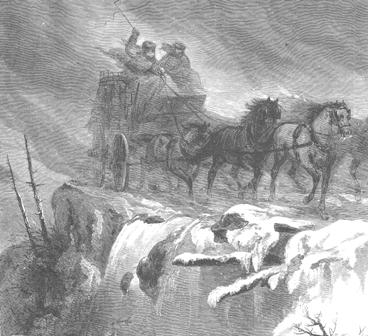 Driving at night and in a storm - the Overland Mail depicted by
Harper's Weekly, February 8, 1868 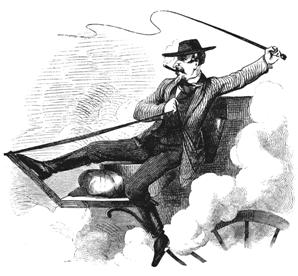 Next in real and official rank and importance, after the conductor, came my delight, the driver—next in real but not in apparent importance—for we have seen that in the eyes of the common herd the driver was to the conductor as an admiral is to the captain of the flag-ship. The driver’s beat was pretty long, and his sleeping time at the stations pretty short, sometimes; and so, but for the grandeur of his position his would have been a sorry life, as well as a hard and a wearing one. We took a new driver every day or every night (for they drove backwards and forwards over the same piece of road all the time) (3), and therefore we never got as well acquainted with them as we did with the conductors; and besides, they would have been above being familiar with such rubbish as passengers, anyhow, as a general thing.

Still, we were always eager to get a sight of each and every new driver as soon as the watch changed, for each and every day we were either anxious to get rid of an unpleasant one, or loath to part with a driver we had learned to like and had come to be sociable and friendly with… As long as everything went smoothly, the overland driver was well enough situated, but if a fellow driver got sick suddenly it made trouble, for the coach must go on, and so the potentate who was about to climb down and take a luxurious rest after his long night’s siege in the midst of wind and rain and darkness, had to stay where he was and do the sick man’s work. (4) 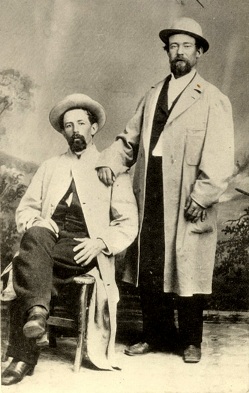 John Butterfield of the Butterfield Overland Mail left his mark on the West’s clothing, as well as transportation with his usual attire, copied by many others in the stage industry - a long yellow linen duster, high leather boots, and a flat “wide-awake” hat. (5)

Division Superintendent Wallace observed the quality and care given to stage horses by staff he observed at work on the stage line in an article for the Daily Alta Californian in 1860:

…one cannot but admire the excellent conditions of the animals on the road, and the careful grooming they receive in the stables… They are all California horses… As each animal is put in his place his bit is held by an attendant. When all is ready the driver sings out ‘let go,’ and away they rush with a bound, spurning the earth in wild plunges…(6)

Each employee in the hierarchy, from conductors to drivers to station managers to cooks and stable hands was critical to the success of a stage line’s operation. Sometimes they were the only representative of the company for hundreds of miles.