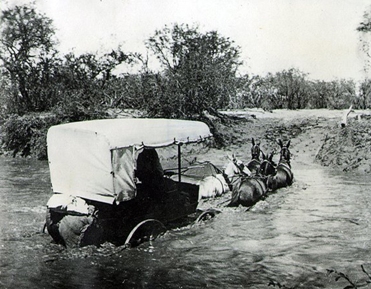 Operating a stage company stretched across hundreds or even thousands of miles took good organization, as well as more than a few risks. Starting from scratch, it was a mammoth undertaking. In 1858, the Butterfield Overland Mail Line officially stretched 2,757 miles from St. Louis to San Francisco along the southern “ox bow” route.

Stage service provided the impetus for building or improving many early California roads. Before governments assumed these responsibilities, stage companies repaired bridges and ferries and in many places built new roads where none had existed before. Many evolved into the county and state highway systems of today.

John Butterfield, in association with the principals for Wells, Fargo & Co. (for the American Express Co.), spent more than a million dollars getting the Overland Mail Stage started. The company set up and staffed about 150 stations and repair shops, built corrals, excavated wells or cisterns for water, graded and improved roads and mountain passes, established ferries where rivers could not be forded, purchased hundreds of vehicles, as well as 1,200 horses, 600 mules, and hay and fodder for the animals. (1)

Closeup of Vincent Colyer's watercolor of a stage station in the Southwest, circa 1871.
Courtesy of The Bancroft Library

Stations were positioned about 12 to 30 miles apart (and sometimes as far as 50 miles) near a well, a spring, or water storage tanks. They needed to support the Overland Mail’s operations, which ran 24 hours a day. Stages made the briefest of stops at stations to change teams or for quick meals.

The more numerous “swing” stations were smaller and usually just provided a fresh team of horses for the stage coaches. They consisted of no more than a small log or sod dwelling and a large barn or corral, able to accommodate from thirty to fifty horses. The stables at the stations were reportedly about 50 feet by 25 feet, and had a large granary attached which was roofed and could be secured. (2)

An array of skilled employees was required to care for the equipment and to manage its operations. Butterfield hired 750 to 800 men and each had to be paid, too! They included division superintendents, conductors, drivers, station keepers, hostlers, wheelwrights, harness makers, blacksmiths, mechanics, veterinarians, herders and miscellaneous personnel. (3)

Along the route of the Butterfield Overland Mail, there were many, many challenges. Mishaps—runaway teams, injured animals, breakdowns, overturned vehicles or wheels stuck in sand or mud, not to mention holdups due to bad weather and bad men. All made operating a stageline a very risky business. 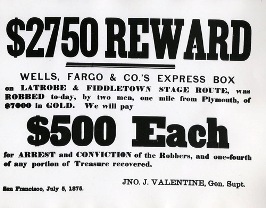 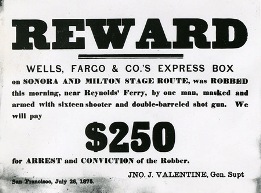