Historic Stable at Will Rogers SHP 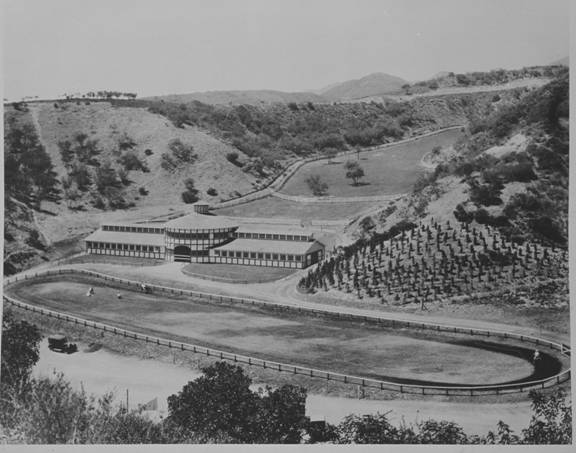 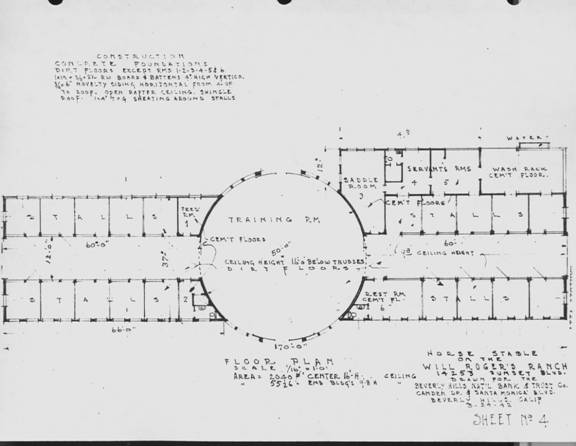 The Will Rogers Historic Stable was the heart of the ranch’s equestrian operations and a hub of activity.  Will usually headed up there early, just after morning coffee.  According to Betty, the very first thing Will did when he returned from a trip was to go to the stable and saddle a horse.  There was a fine view of the stable area from Will’s study, a view he appreciated and protected.  He built a “sneak staircase” so he could come and go from the stables unseen.  He even wrote articles about his “barn” saying he had a nicer barn for the horses than he did a house for his family.

Some twenty to thirty horses eventually lived on the ranch.  There were horses coming and going from the pastures and daily exercises on the riding track in front of the stable.  There were people coming and going also.  Hands like Buddy Sterling and Old Doc saw to the feeding, grooming, and tack.  Family and friends came to get mounts for trail rides and practice chukkers of polo, or just to hang out.  The stable’s large central rotunda, where Will thought he might rope in inclement weather, became the place where people came to saddle up horses.  Polo horses were stabled and turned out after matches. 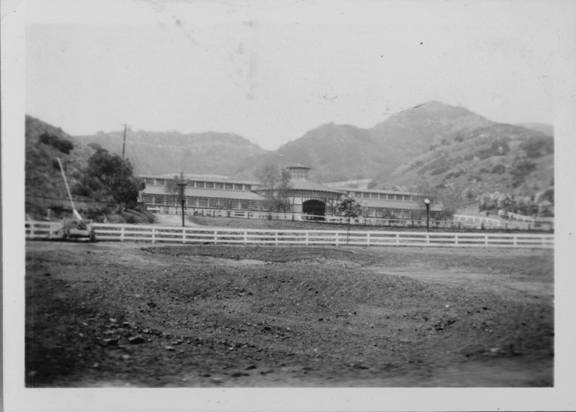 
Description of the Stable:
The pasture floor of Mitt Canyon drops gently down toward the stable, which is probably the ranch’s most impressive structure.  Here a level pad was cut into the sloping terrain, and cobblestone retaining walls were built to line the cut faces of the surrounding slopes.  Framed by two hillsides and with Mitt Canyon as a backdrop, the stable sits here on this pad facing out to where the land continues its descent – out onto the great expanse of lawn and over the hills and trees to the Pacific Ocean. 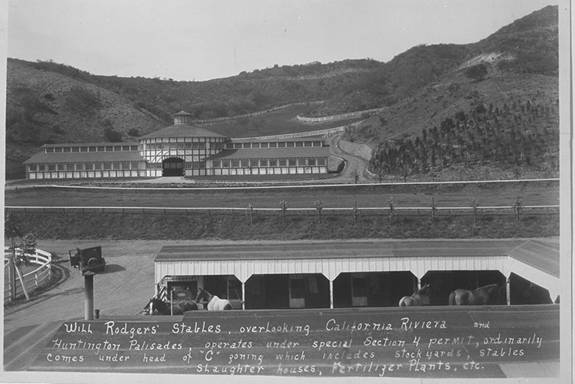 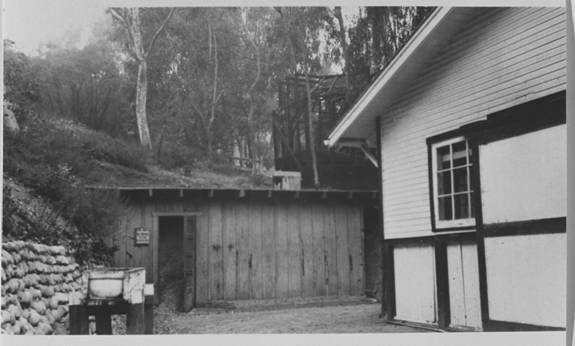 In front of the green and white stable, Will planted aprons of grass outlined with short, white fencing.  He placed vines on wood vine ladders against the stable façade, and brought in full size trees to set off his composition.  Also in front of the stable, Will built an impressive elongated riding arena and exercise ring.  It consisted of an outside track and turf center separated by threaded rope fencing.  The entire riding arena was surrounded by white rail fencing on green posts.  A line of eucalyptus was planted along only half of the long oval arena, presumably to protect the view to and from the stable.  Shrubs outlined the other half.  Ranch roads were graded to access the various structures and features, and connect them with other areas of the ranch.  Secondary structures include a shed built into the retained slop to the rear of the stable and a lean-to groom’s quarters and wash rack area connected to the back of the stable.  The practice polo cage was situated at the rear of the stable, nestled into the eucalyptus trees.

Current Conditions:
For many years under State Park stewardship, the stable, riding arena, and adjacent areas have been operated by concession or lease, and used for boarding, grooming, and riding of privately-owned horses.  The Department placed maintenance facilities and paved parking in the area adjacent to the riding arena.   The Department made major repairs to the stable about 12 years ago, and the structure is relatively sound.  The horses have now been removed from the stables, and painting and repairs have been undertaken to restore the stable to the way it appeared during Will Rogers days.

The practice polo cage was dismantled, and a replica constructed across from the hay barn.  In appearance, it is considerably different from the original polo cage.  The historic riding arena and exercise ring is gone.  The grading has been altered extensively, and the turf and track replaced by another surface preferred for current equestrian use.  Fencing and rock wall details have changed, as well as road widths and elevations.  Plantings have naturally grown far beyond historic configurations.  Many have been removed and not replaced in-kind.  The natural slope areas flanking the stable have heavy fuel loads, relative to Will’s brushed hillsides. 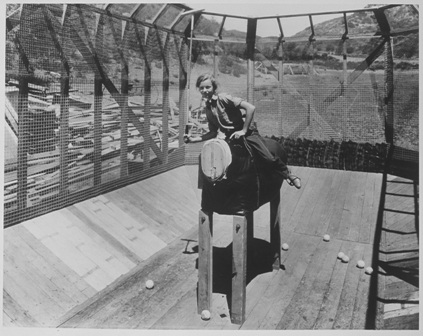 Conservation Plan for the Stables:
The Department has an extensive list of restoration projects to return the stables to the conditions of Will Rogers day. See Historic Landscape Management Plan. It will once again be a place where Will Rogers’ presence can be felt, family memories are intact, and everyone is welcome.  Through interpretive exhibits and activities, visitors will understand the importance of horses to the Rogers’ family.

The beautiful stables will be carefully restored, and used for appropriate special events and activities.  The riding arena footing will be returned to its original appearance, and used for trick riding, and roping demonstrations, and for exercising horses. The polo cage will be rebuilt in its original location and used for practicing polo skills. 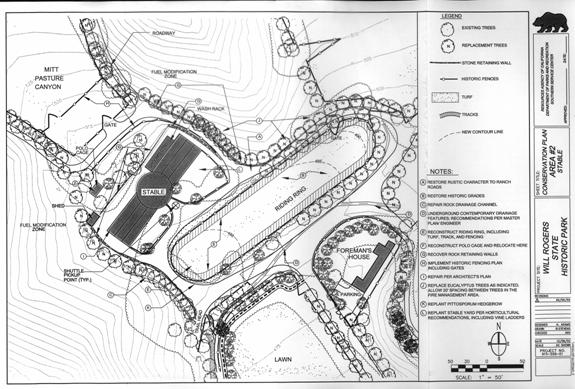