Fourteen year old Honore Escolle arrived in New Orleans in 1849. By 1857 he was in Monterey, selling his bread to John Cooper at what is now the Cooper-Molera Adobe. He became proprietor of the Corner Store there, and expanded his mercantile endeavors. At his death in 1895 he was one of Monterey's leading citizens.

Escolle came from Salernes, France, a ceramic center since Roman times. Around 1865 he began making pottery. The Corner Store sold his pots along with bread and a wide variety of household goods. Escolle's kiln produced flowerpots, coffeepots, baking dishes, pitchers, tiles, and jars. There is a documented shipment of 16,000 flowerpots and other items to San Francisco.

The 10-foot high granite firing chamber of Escolle's kiln remains today in the parking lot of the Stoke's Adobe in Monterey. It is connected with a subterranean firebox, which produced the heat to fire the pots stacked in the firing chamber.

California State Parks archaeologists excavated the firebox, and discovered that Escolle remodeled his first firebox, adding new floors. He then dismantled it and built a second firebox on top of the first. This suggests that there were major problems with production, substantiated by the short life span of Escolle's pottery, which seems to have faded away around 1872.

The excavation of the Escolle kiln yielded examples of his production range and confirmed that some of the pottery from Cooper-Molera Adobe was made in Monterey. Also found were many examples of kiln furniture, which is used to protect pottery during firing.

A full report on the excavations at Escolle's kiln is described in "The French Potter of Monterey: Archeological Investigation of an 1860's Kiln in Monterey CA" by Eloise Richards Barter. It is available at the State Archaeological Collections and Research Facility in West Sacramento and at Park facilities in Monterey. 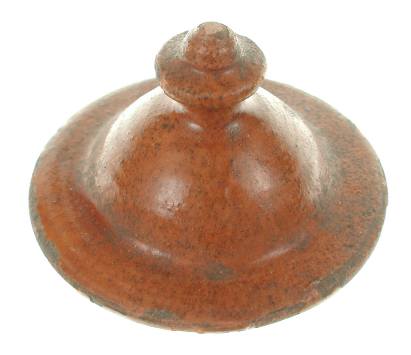 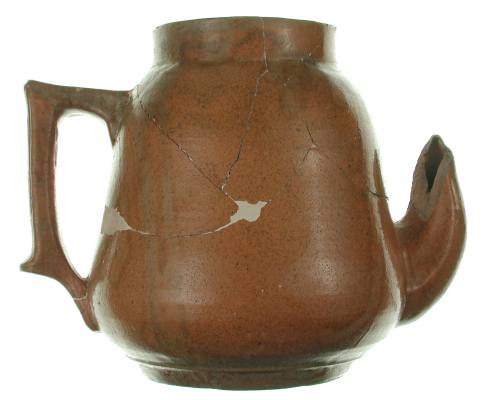 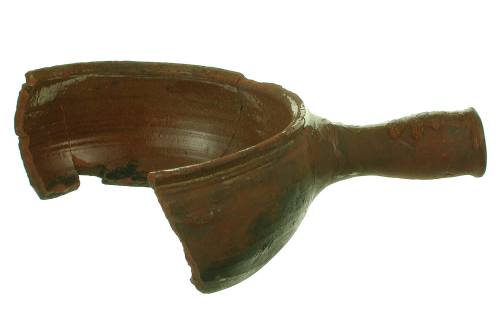