SACRAMENTO, Calif.— California State Parks is seeking public feedback on a proposal to change the name of Patrick’s Point State Park in Humboldt County to Sue-meg State Park to honor the original place name for this area used by the Yurok people since time immemorial. The park was acquired by State Parks in 1930 with the place name of Patrick’s Point already in use, dating back to the mid-1800s in reference to a homesteader, Patrick Beegan, who was accused of murdering numerous Native Americans.

Yurok people built villages along the coast and major waterways as well as tended, fished, hunted, and harvested a wide variety of plant and animal species throughout their ancestral lands. In 1850, when gold was found in the interior of California, the Yurok people suffered from violence, exploitation, dispossession, and the attempted destruction of Yurok communities by an influx of Euro-American settlers and deleterious federal and state policies. The Yurok people resisted, survived, and carried on cultural and linguistic traditions. The Yurok people still live in relationship with their ancestral lands.

At the formal request of the Yurok Tribe to rename the park, State Parks supports the proposal to change the park name from Patrick’s Point State Park to Sue-meg State Park and act on the promise of the Governor’s apology, to heal relationships with the Yurok Tribe, and to work to make the Yurok community whole through honoring their cultural and linguistic relationships with this area. Historically, there are two correct pronunciations/spellings of the village, Sue-meeg and Sue-meg, that are recorded from the first Yurok language speakers. The preferred phonetic spelling as recommended by the Yurok Tribe is “Sue-meg.”

The California State Park and Recreation Commission has jurisdiction over the naming of units of the State Parks System. California State Parks is recommending that the Commission approve the changing of Patrick’s Point State Park name to Sue-meg State Park at the Thursday, Sept. 30, 2021, meeting. Public feedback on this potential name change will be accepted by COB Tuesday, Sept. 28, 2021. Written comments may be emailed to planning@parks.ca.gov with the words “Patrick’s Point Name Change” in the subject line.

The changing of Patrick’s Point State Park name is one example of how California State Parks is looking at contested place names, monuments, and interpretation across the State Park System as part of the Reexamining Our Past Initiative. This is a larger project within California state government to identify and redress discriminatory names of features attached to the state parks and transportation systems. The move comes in the wake of a national conversation about the names of geographic features and builds upon Governor Gavin Newsom’s work to support equity, inclusion, and accountability throughout the state to better reflect our values. If the California State Parks and Recreation Commission approves the name change, it would be the first park name change as part of this statewide effort.

Patrick’s Point State Park is located within the ancestral lands of the Yurok people on the northern coast of California in Humboldt County, 26 miles north of Eureka and 46 miles south of Crescent City. Much of the unit is developed for public use. In addition to stunning natural features, the park includes Sumeg Village which was planned and built by Yurok people and dedicated in 1990, redwood plank family houses, sweathouses, dance structure, and changing houses are used for cultural and education activities for area tribes, and as an interpretive center to help educate the public about Northwest California Native American cultures. 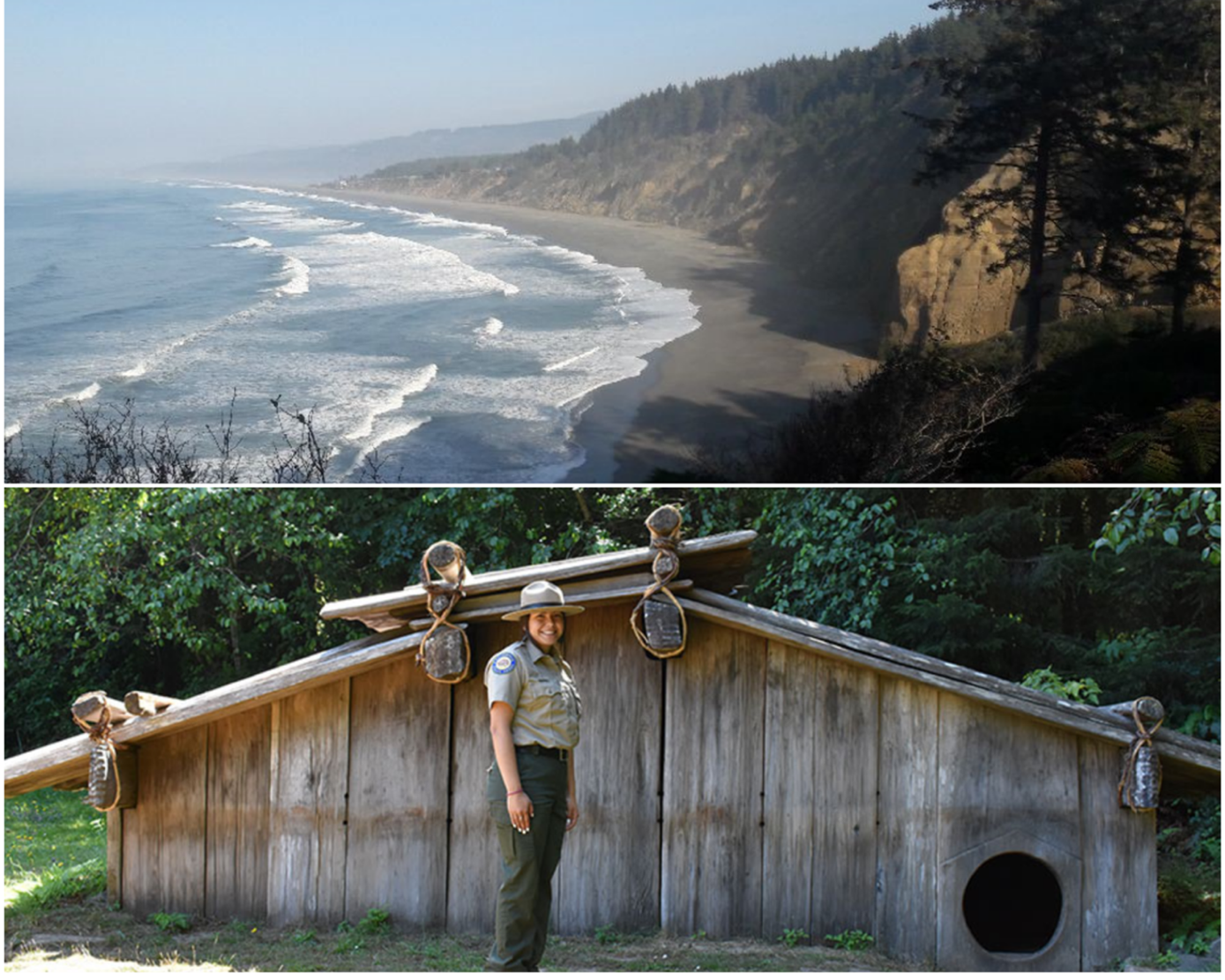