What is the SCORP?

The Statewide Comprehensive Outdoor Recreation Plan (SCORP) serves as a guide for all public outdoor recreation in urban and rural neighborhoods, cities, and regions.  The SCORP is inclusive in that it represents a plan developed for all local agencies within California.  The SCORP Team welcomes and encourages public input and partnerships with health organizations, foundations, and universities throughout the SCORP development process

How you can shape the future!  Share your creativity, experience, and vision to develop California’s 2020 SCORP!

The upcoming 2020 SCORP will prioritize public health in parks, building on California’s 2015 focus for park access and park equity.  This SCORP will reach a statewide audience, including health agencies, the Governor’s Office, and the National Park Service.

This is your opportunity to influence how local parks and recreation can be positioned as an essential public service for creating healthy and safe communities.  Visit www.parks.ca.gov/SCORP to learn more!

In the fall of 2016, more than 100 leaders formed California’s new SCORP Advisory Council.  The Advisory Council consists of members from academia, the health sector, local and state government, foundations, and community based organizations.

“Raw” notes of each focus group are also available:

See the online tool at www.parks.ca.gov/SPOA, for interactive data about the SPOA.

Outdoor Recreation in California's Regions 2013
For the first time since 1979, California State Parks offers a report on outdoor recreation at the regional level in California.

2011 Economic Study on Outdoor Recreation in California consists of the following two reports:

Statewide Contributions and Benefits
This report quantifies the economic contribution from statewide outdoor recreation to California’s economy. Outdoor recreation trip and equipment expenditures totaled almost $21 billion in California in 2008 and supported about 200,000 jobs. When economic multiplier effects are included, these figures rise to nearly $40 billion and about 313,000 jobs.Fact Sheet


2010 Alternative Camping Survey
For this research element, California State Parks’ Planning Division conducted a study of the state park system’s alternative camping facilities, which consist of cabins, tent cabins, cottages,* and floating campsites. The study surveyed over 3,000 people who stayed in the 108 facilities from 2007 to 2010, as well as 67 California State Parks staff and concessionaires responsible for the campsites’ management and maintenance. Survey findings and recommendations provide insight for recreation providers of similar facilities.
*A related Recreation Opportunity Bulletin primarily for California State Parks staff includes information and recommendations based partly on this report. Because cottages do not provide the typical alternative camping experience, data for cottages are excluded from the bulletin. 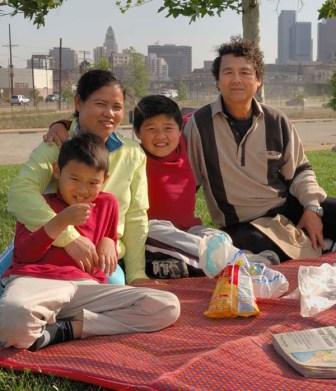