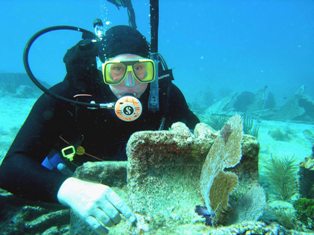 I'm a native of California, born in Burbank when the San Fernando Valley was out in the country.  At the other end of our dirt driveway in Van Nuys lived Mr. Ed, the talking horse.  One of us was destined to become famous; both of us would appear on TV. As a kid I got to run around a lot more than my neighbor; he mostly stayed indoors, wore a blanket, and dispensed witticisms for the camera while flapping his gums. Some people say we have a lot in common!

I grew up in an Air Force family.  My dad had been Howard Hughes' private pilot and finished a military career at the Pentagon.  He returned to California and we settled in Los Angeles after living in 12 states plus Japan.  It was exciting, but we never stayed too long in one place.  My first exposure to archaeology was in the 6th grade. As the statute of limitations has expired, I can tell the story.  We lived in South Carolina and one of my school chums invited me to join him in walking behind as his uncle did the spring plowing on the family farm outside of Sumpter.  Wow!!  In a morning we filled up several coffee cans with broken arrowheads.  I was hooked, but we soon moved from South Carolina and I left those artifacts behind.  I went to Junior High in Japan, started High School in Virginia, and finished it in Palos Verdes, California!!

I went to UC Santa Barbara as an undergraduate and transferred to UCLA where I graduated in with a degree in Anthropology.  After a brief stint in the Naval Reserve as a pilot, I continued my studies at Long Beach State, where I was awarded an MA degree in 1973.  I went on to do further graduate study at the University of Arizona until returning to California to begin my career with State Parks.  I was extremely fortunate in the professors who guided me.  Franklin Fenenga, Emil Haury, and Bernard Fontana all had a profound influence on me and my approach to archaeology.  Whatever failings I have were certainly not due to the quality of professorial talent made available in my academic training. 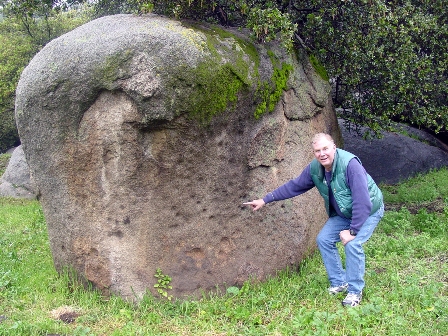 In 1975 I accepted a position work in the Cultural Heritage Section of State Parks in Sacramento.  I became the assistant archaeologist to Francis A "Fritz" Riddell, the first California State Archaeologist hired outside an academic setting.  Fritz was a wonderful teacher and mentor.  I  was assigned to "ride herd on the cultural resources of the State Park System," and that has allowed me to record, investigate and preserve historic sites and archaeological features throughout California.  Prehistoric rock art became a special interest of mine because it allows a glimpse into the world view of its creator. California Indian societies left behind an impressive array of rock art styles and images.  They continue to fascinate. 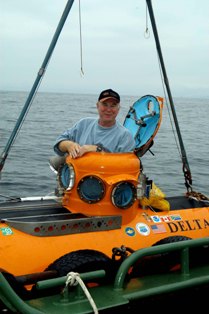 When Fritz retired, I assumed his responsibilities.  These days my job is mostly administrative, enabling others to ride herd on the resources, but I have managed to hang on to one specialty, underwater archaeology.  I am California's Underwater Archaeologist (by virtue of being the only one) and really enjoy that aspect of my Park work.  I have been responsible for documenting shipwrecks (SS Pomona site at Fort Ross SHP) and other submerged sites throughout our underwater parks and in some exotic locales as well.

As the state's underwater archaeologist, I was invited to dive the Montebello shipwreck off the California coast near Cambria. Using the mini-sub "Delta," we photographed the oil tanker at a depth of 880 feet. The Montebello was torpedoed by a Japanese submarine in December, 1941. This site is an eery reminder of WWII and how it affected California history.

Owing perhaps to my vagabond youth, I have always been interested in archaeology outside of California.  I've done archaeological field work on the Sonora coast and in Baja California as well as the state of Aguascalientes in Mexico.  Working with Mexican colleagues has been very rewarding.  I admire their dedication and commitment to preserving heritage resources whether rock art caves in the remote mountains of Baja California, or the scattered remains of a Manila galleon shipwreck on a forlorn beach.  I see it as part of the historical legacy we all share. 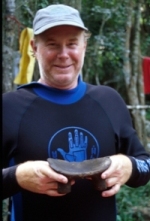 Since 1993 I have worked on my off time as an Adjunct faculty member with Indiana University.  I teach and assist in their archaeological research in the Dominican Republic.This has been extremely exciting for me.  We have made several TV documentaries, explored flooded Taino caverns, documented rock art caves and created underwater parks for the benefit of a country rich in history.

Our Dominican-US team documented the first known Taino cenote in the Caribbean. This carved wooden stool or "duho" was found at a depth of 120 feet in an underground lake. It is one of only 118 known artifacts of its type in the Caribbean.

Many of the same problems and challenges exist across the globe in trying to balance the need to preserve the evidence of ancient occupants while accommodating the needs of modern society.  There is a growing awareness that humans have a right to a past, and to a historical legacy that is preserved and understood.  Knowing that past gives one a sense of place in the modern world.

For those of you who are tempted by archaeology, I say...jump in, try it and delight in discovering the excitement in knowing those who came before.  You won't regret it.

Notes on the Surface Archaeology of the Sierra Fría
State of Aguascalientes, Mexico    October, 1993
(pdf 5.2mb)