The improvements will improve access for visitors and will include:

The Braille Trail was originally commissioned in 1976 specifically to serve the blind and the visually impaired. It’s estimated to reopen in early July and by this September, new interpretive stations will be installed. The full rehabilitation will be completed in early 2019 when the “Touching Garden” is finished. Guided tours are set to start next year.

Principal funding for this project was provided by the Lions Clubs International Foundation and the District 4-A1 Lions Club, grants from the Calaveras Community Foundation and Sierra Pacific Industries, along with contributions from many friends and supporters of Calaveras Big Trees State Park.

“This project was a natural fit for both the park and the Lions. Being involved in both organizations, it fell into my lap with perfect timing to be considered a Lions legacy project,” said Rod Smith, Project Coordinator and Calaveras Big Trees Association President. Smith was one of only three prestigious Lions Clubs International media recipients this year in California. 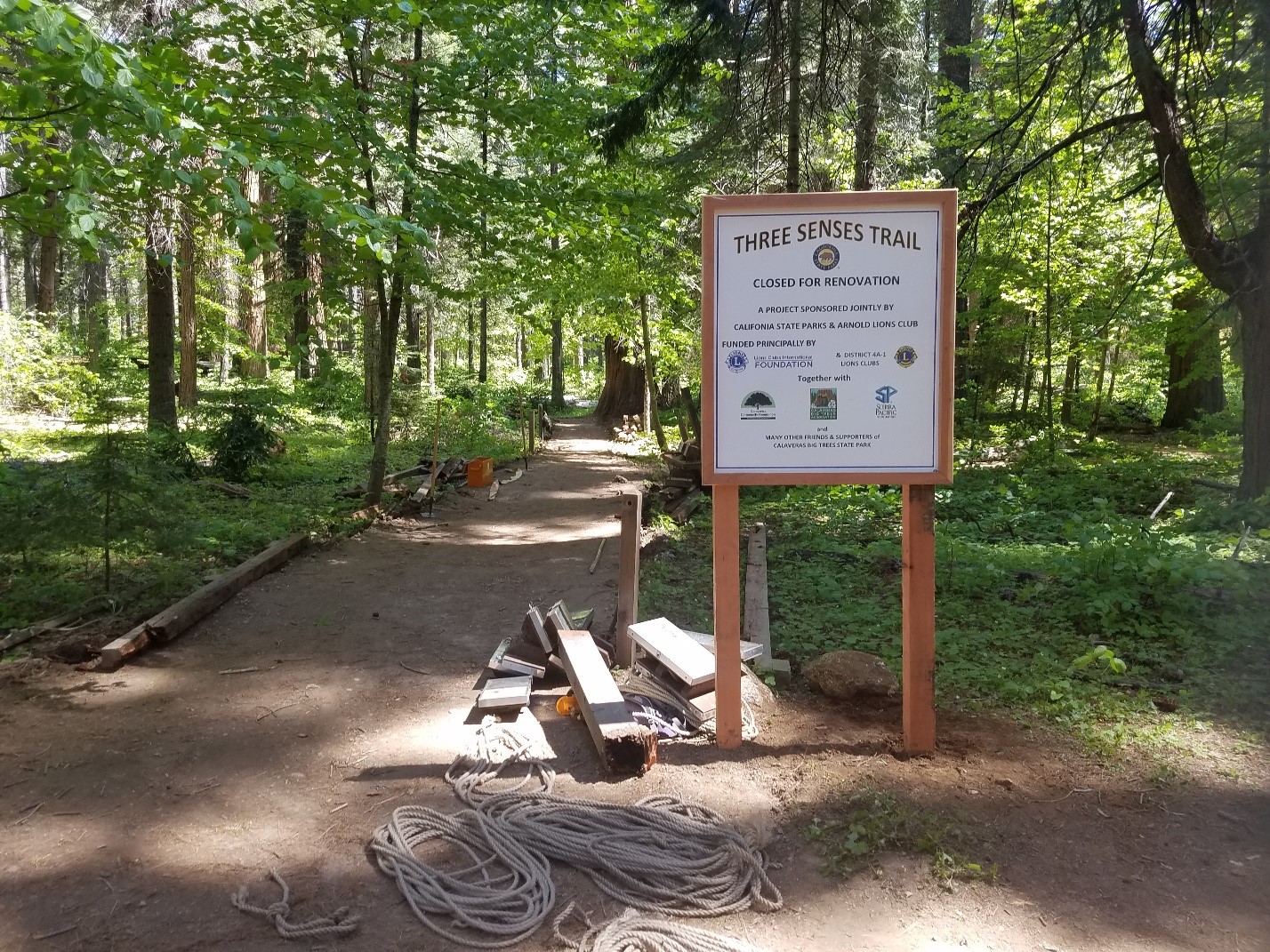 The Three Senses Trail, also known as the “Braille Trail,” is currently closed for renovation.