PENN VALLEY, Calif.— California State Parks has officially reopened the historic Bridgeport Covered Bridge at South Yuba River State Park to the public following a celebration on Thursday, November 4. The bridge has been closed since 2011 for repairs after a timber survey revealed significant structural damage from previous flooding. After a $6.9 million rehabilitation, visitors can now take a step back in time as they walk across the bridge, reliving the mining-era days of travel along the turnpike.

“California State Parks is thankful for the outpouring of support from the public, elected officials and especially the community leadership of the Save Our Bridge Campaign Committee,” said State Parks Director Armando Quintero. Speaking at the reopening ceremony, Quintero said, “time itself is a bridge” and touched upon how time gives us perspective and lets us view our history with more wisdom than when we live through it.

Constructed in 1862 by the Virginia Turnpike Company, the Bridgeport Covered Bridge in western Nevada County is the only remaining single-span Howe Truss, Burr Arch covered timber bridge of this size in the nation. Spanning 225 feet long and 16 feet wide, the bridge is listed on the National Register of Historic Structures and is California Historical Landmark 390.

The culmination of the reopening celebration event was the inaugural “first walk” across the bridge by students (K-12) from Nevada County schools. In early 2020, the Nevada County Superintendent of Schools hosted an art contest for all students. As part of the grand prizes for winning art entries, the students were the first to cross the newly restored bridge.

Historical Background:
After construction in 1862, it wasn’t until the summer of 1947 when the bridge was first recognized as a historic landmark. Twenty-two years later, the Nevada County Historical Society began efforts to preserve the bridge, and within two years it was closed to vehicle traffic, placed on the national register, and the first major restorative work took place. After extreme flooding in 1997 matched 1862 levels and caused damage to the bridge, further repairs were made. In 2011, the bridge closed to pedestrian traffic, and within two years, the Save Our Bridge Campaign (SOB) Committee formed with the goal of re-opening this historic bridge.

To learn more on the rehabilitation of the historic bridge, visit www.parks.ca.gov/BridgeportCoveredBridge. 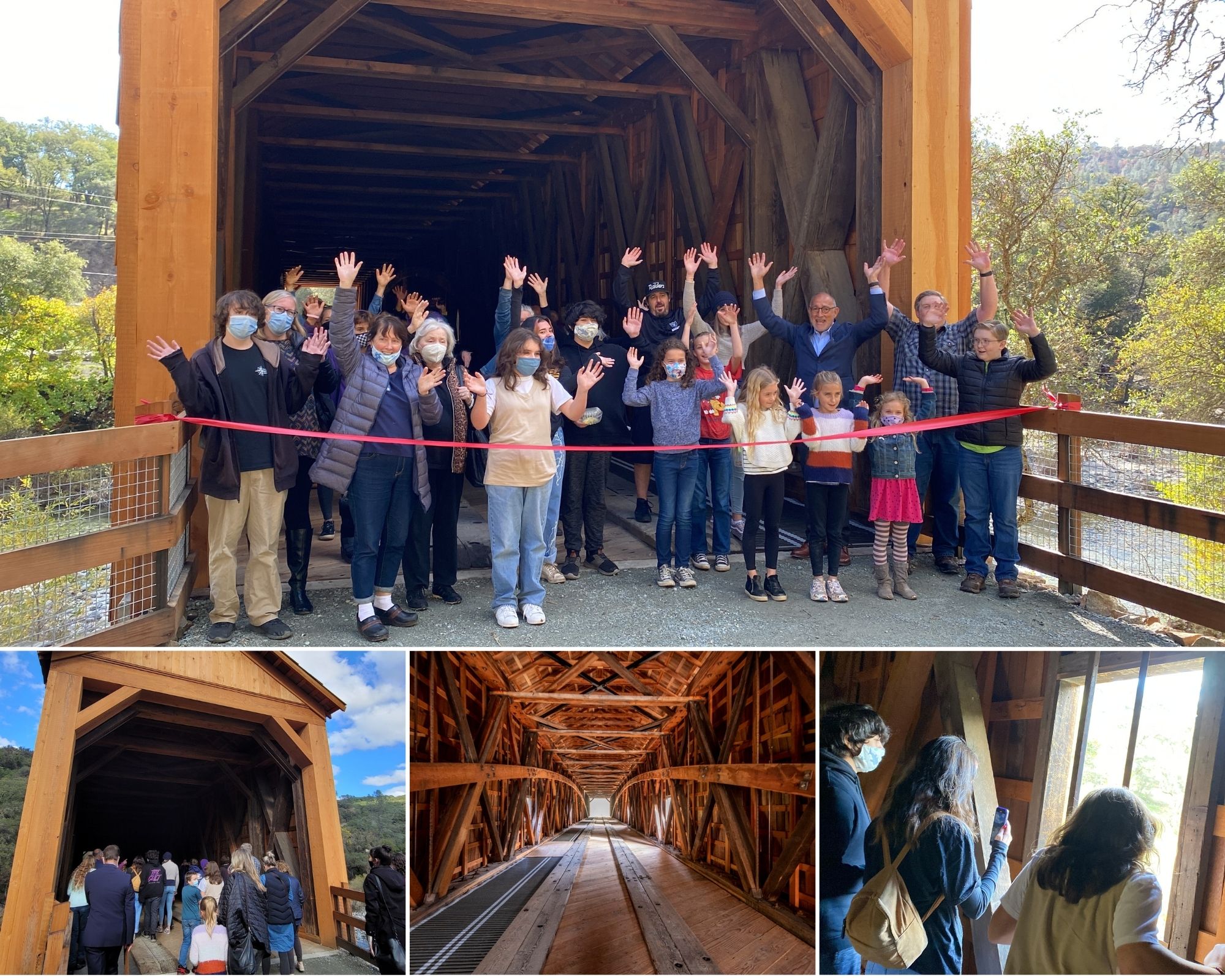 Students (K-12) from Nevada County who won the art contest “Flowing through History – the Bridgeport Restoration Project” were one of the first ones to walk across the restored bridge with State Parks Director Armando Quintero on Nov. 4, 2021. Photos from California State Parks. 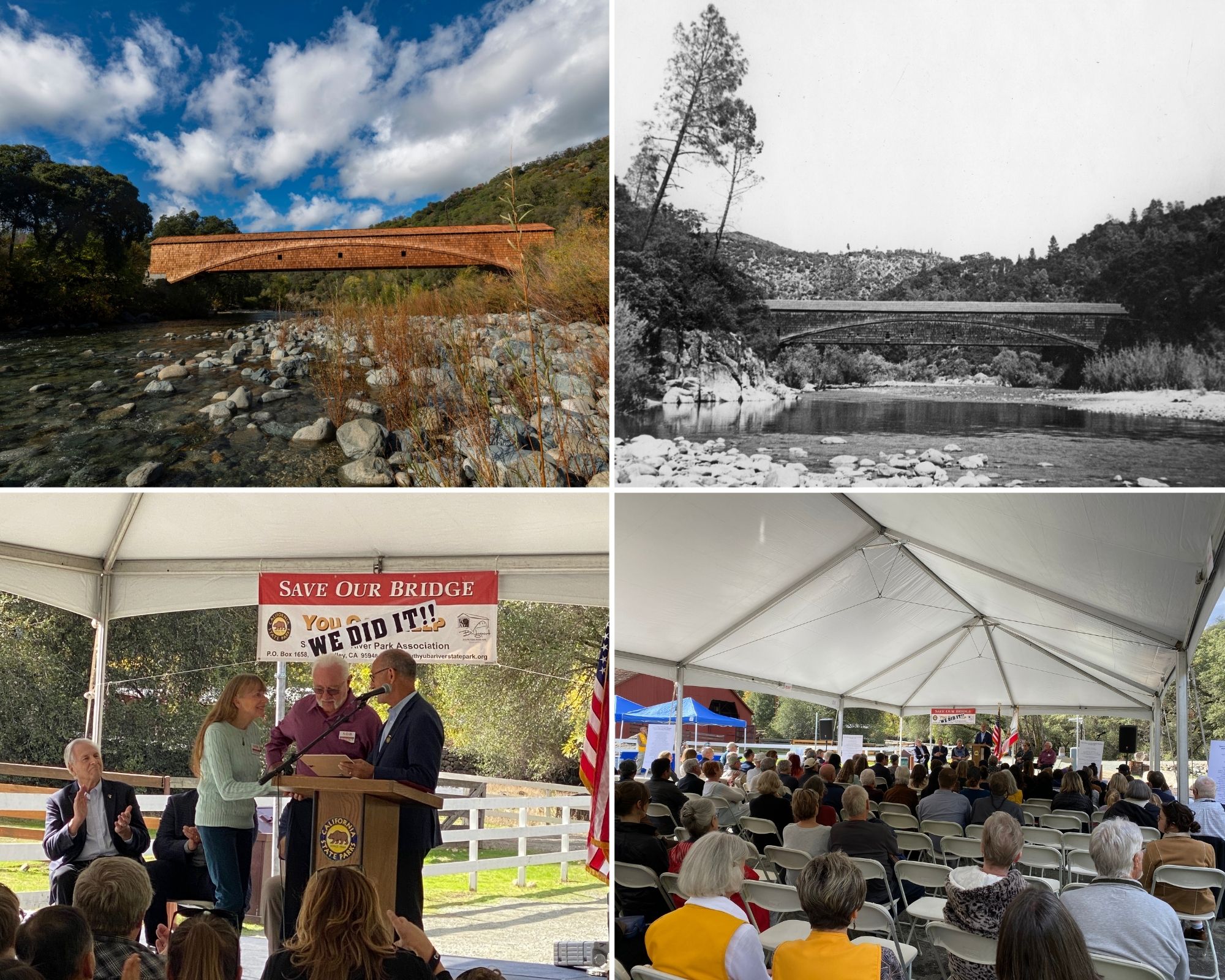