The Fort Ross State Historic Park Cultural Trail Project is a proposed series of pedestrian interpretive trail routes totaling approximately 2.80 miles. A combination of 1.55 miles of existing roads and trails, along with 1.25 miles of proposed new trail construction will make up the Cultural Trail.The trail design brings together stories from the indigenous Kashia Band of Pomo Indians, Alaska Natives, the Call Ranch history, and others in the international community once associated with the Russian American Company's Ross Settlement.

Visitors often have difficulty understanding the broader cultural landscape that included multi-ethnic neighborhoods and thriving activity around the historic fort.  Visitors can gain a better sense of the various historical contexts by walking the land with the support of multimedia interpretation that will help bring that history to life.  These stories are told through 23 proposed interpretive stopping points along the various trail routes. 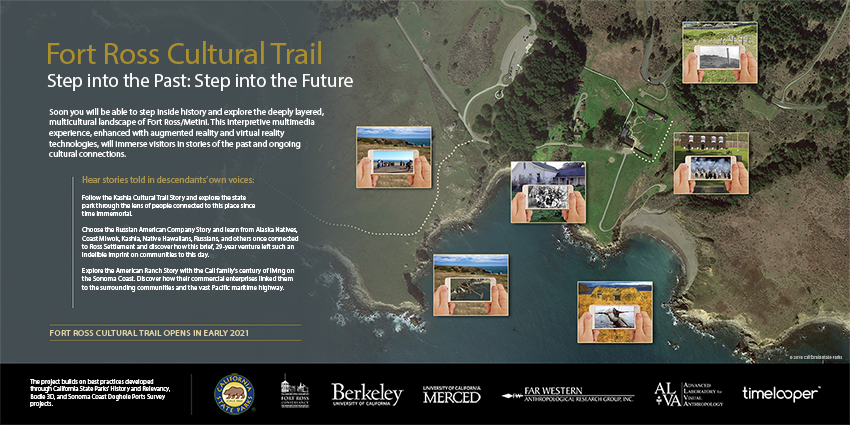 Fort Ross SHP is an internationally significant part of California's history, in addition to being a critical element of California’s tribal cultural history. The site is recognized as a National Historic Landmark, National Register of Historic Places, and California Historical Landmark. Recognition of the unique significance of history preserved at Fort Ross SHP is seen in its early designation as a State Park in 1906. Land was set aside as public land to preserve and interpret North American's southernmost Russian-American Companys international settlement (1812- 1841). 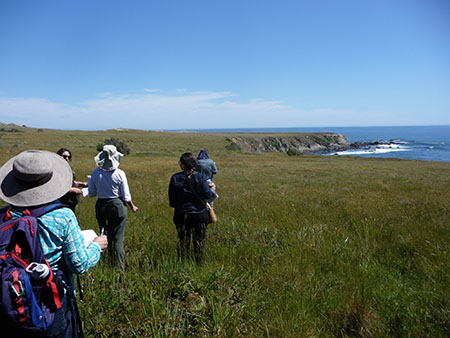 Beyond the trails linking the visitor center, fort compound, Call family ranch house and outbuildings (ca. 1873-1972), William Benitz Ranch (1843-1867), Fort Ross Cove, and historic Russian Orthodox cemetery, much of the park appears to be undeveloped. This impression obscures the deep connections of California tribal peoples with the land for thousands of years prior to 1812.  Also missing is the expansive cultural landscape associated with the Russian-American Company settlement and later supporting economies related to the ranching, farming, and lumber industries.  These enterprises once thrived on the Pacific maritime highway connecting Fort Ross to San Francisco and beyond.

The unique history of the area attracts visitors from around the world. Fort Ross is noteworthy for maintaining a high political profile, bringing in foreign and domestic dignitaries on a regular basis for visits, conferences (e.g. Fort Ross Dialogue), meetings, and events.

As far back as the 1975 general development plan for the park, there was a concept for a Historic Trail to connect and interpret the locations where different cultural groups lived outside the fort compound. The concept of a Cultural Trail was more explicitly presented in a 1992 publication after five years of collaborative research between State Parks archaeologists and researchers from UC Berkeley, Sonoma State University, and Santa Rosa Junior College. Conceptual trail alignments were identified in 2004 with Kashia tribal members, State Park personnel, Fort Ross Conservancy, and a few selected groups of park visitors.  Further refinements by 2011 addressed ways to minimize the trail's possible impacts on Kashia ancestral sites through a collaborative project to engage the public in productive dialogues about heritage, indigenous views on science, spirituality, and representation of the colonial past at the park.  Most recently, the ever- broadening engagement of tribal, academic, and agency professionals was presented to officials and visiting dignitaries as a project proposal at the annual Fort Ross Dialogue in October 2017.  The Fort Ross Cultural Trail became an official project in the 2018/19 Governor’s State Budget 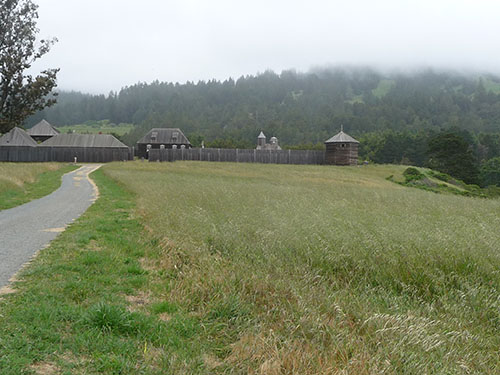 The Cultural Trail introduces park visitors from around the world to the deep history and multifaceted cultural heritage preserved across the Fort Ross SHP cultural landscape. This project provides the path for telling the many stories using a multimedia interpretive experience at each of the proposed twenty-six (23) interpretive stops.

Given the complex and layered history of the cultural landscape, it is not possible, appropriate or feasible to reconstruct all the different buildings, structures and features that were there throughout time. Our goal is to explore and communicate a composite message with park visitors through a variety of interpretive experiences.  Visitors can gain a better sense of the various historical contexts by walking the land with the support of augmented and virtual reality experiences on their mobile devices that will help tell the stories and bring that history to life.  A Fort Ross Cultural Trail App is in the developing stages that will give flexibility to include more stories. 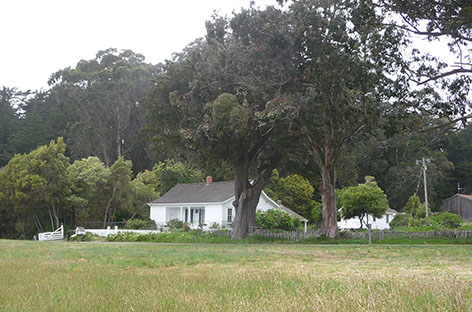 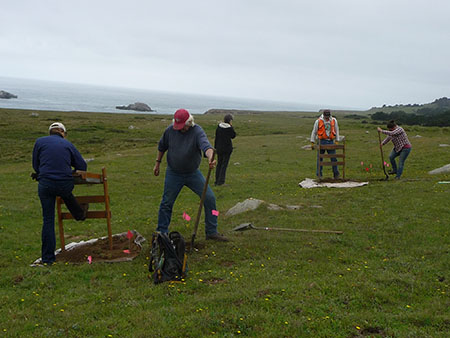 A little more than 50% of the Cultural Trail takes place on existing park roads and trails.  The remaining proposed trail will take visitors to areas not previously accessible.  A primary goal of new trail layout will be to provide access to important resource areas for interpretation and educational purposes.  In determining new trail alignments, efforts are directed to finding locations that provide the desired access without disturbance to natural systems and cultural heritage sites that make up Fort Ross State Historic Park.

Biological assessments, cultural resource surveys, and past research have all contributed relevant data that allows us to make objective decisions regarding trail placement.  Botanical surveys were completed in 2004 and 2010 when the proposed trail corridor was under study as part of the California Coastal Trail.   A botanical survey and report completed in August of 2018 identified seven (7) special status plant species in the project area.  An Aquatic Resources Report with wetlands delineations was prepared for the project in 2019.  Preliminary wildlife assessments were conducted in the spring/summer of 2018.  Recent cultural resource field surveys of the project area were completed in 2018.  Subsequent sub-surface testing along the proposed trail alignment was conducted in October 2018 and May 2019. 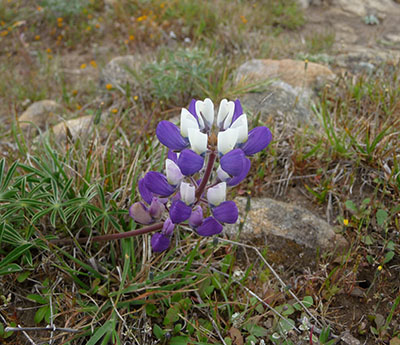 Due to the presence and frequent occurrence of sensitive cultural and natural resources, elements of trail and related structures design warrant solutions beyond accepted standards.  Sustainable design concepts are incorporated to ensure non-disruptive and compatible relationships between new trail construction and land-based resources.  A principal design objective is to avoid or minimize conflicts with sensitive resources while utilizing low impact construction methods.

Proposed construction of new trail will vary from four to five (4 – 5) feet wide with a surface of compacted aggregate base rock.  All new trail construction and interpretive stopping points will be ADA compliant.  With the use of existing park roads and trails for part of the Cultural Trail Route (1.63 miles), approximately .56 miles will not meet accessible standards.  Upgrading non-compliant sections is not feasible. 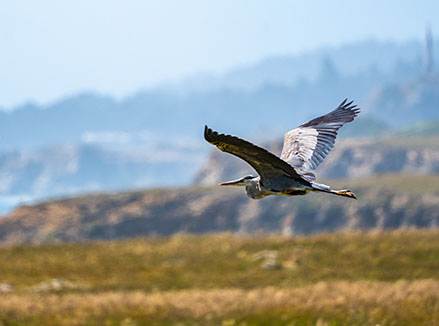 Next Steps (in no particular order) 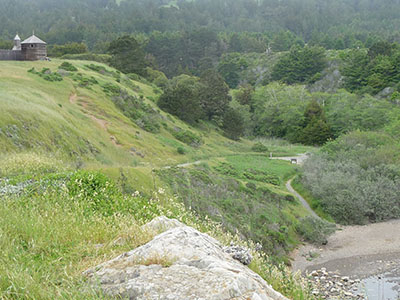 The outline of the project schedule was established in the framework of the Capital Outlay Budget Proposal approved in 2018.  The project development is composed of three individual phases:  1) Preliminary Planning, 2) Working Drawings; and 3) Construction.  Each phase must be approved before proceeding to the next.

For more details, refer to the “Project Schedule” in the Related Documents Section.