Independence Day in 1861 was a day which American citizens fervently showed their support for either the Union and Confederate cause.  This Confederate flag, owned by a Major J.P. Gillis, was breifly waved through the streets of Sacramento until another citizen, Jack Biderman, wrestled Gillis to the ground and took the flag from him.  While this brief episode represents the only confirmed Confederate flag display in the Northern part of the state, a similar flag to this one was raised in the plaza of Los Angeles on the same day; it would remain there for over a month. 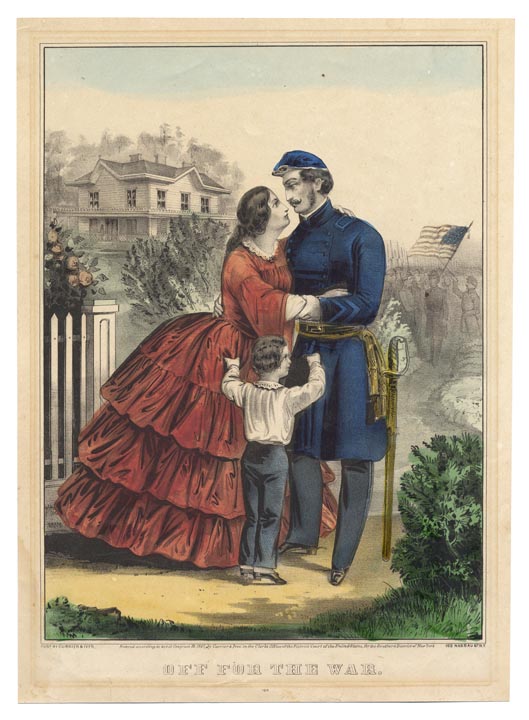 Popular artwork such as this piece entitled "Off for the War", sold as a print in San Francisco, helped to popularize the Union cause and bring about social pressure on young men to join the fight on the side of the Union. 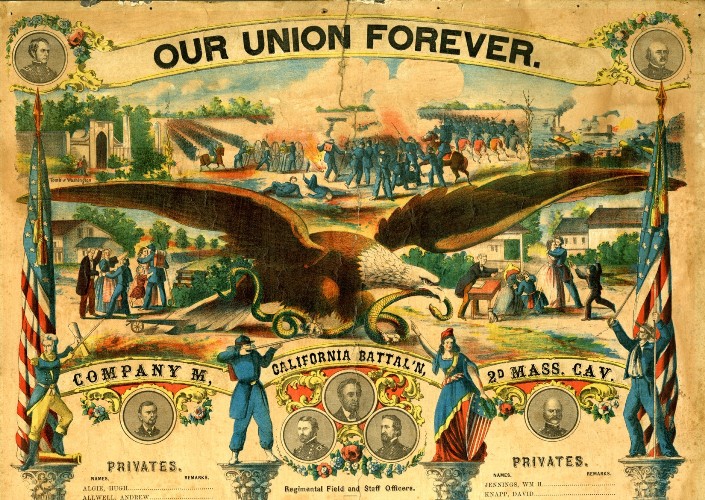 This popular print illustrated the California contribution to the Union war effort, and brought about an image of glory for the exploits that Californians had undertaken in the East.