Prepare for bear activity in aftermath of the Caldor Fire

Generally, fire can be a revitalizing event for a forest, with downed logs providing great forage spots for hungry bears looking for insects such as termites and grubs. Wild animals are typically resilient and able to adapt to fire and other environmental changes: It’s part of their nature. However, during last year’s Caldor Fire, some bears and other wildlife were forced to flee from the flames. While some bears were hit by vehicles on highways, others may have traveled to the Tahoe Basin for refuge, while many sheltered in large pockets of unburned forest or were temporarily displaced.

During the evacuation last fall, when streets and homes were empty and no one was around to secure houses, vehicles, dumpsters, or other attractants, habituated bears in the Tahoe Basin – meaning those bears already comfortable around people or those bears that look to people, their homes, and cars for food – were left to roam neighborhoods freely with little resistance. These habituated bears suddenly had no humans yelling, making noise, chasing or hazing them, and no electric deterrents because of power outages.

In the Tahoe Keys community, bears broke into garage doors, windows, and vehicles, causing some homeowners thousands of dollars in property damage. The lack of consequences during the evacuation period will have rippling and lasting effects on bear behavior for seasons to come. Because bears are so intelligent, once they learn something, it’s difficult to break their bad habits. For this reason, it’s extremely important to be proactive in preventing bad habits from forming in the first place.

Due to the amount of damage bears caused to homes, the California Department of Fish and Wildlife last year conducted a Trap/Tag/Haze operation in South Lake Tahoe to provide relief to hard-hit areas, which allowed residents to begin repairs, replace doors, refrigerators, and other damaged items in order to move back into their homes. Bears were marked and moved to nearby, unburned habitat in an attempt to interrupt the cycle of break-ins and food rewards that went unchecked during evacuations.

Once moved, these bears were hazed upon release with airhorns, paintball guns, and non-lethal rounds, to give the bears a negative human interaction that will hopefully prevent them from returning to the area. Not all these problem bears were caught and hazed, as evidenced by the continued presence of several bears that continued to break into homes in the Tahoe Keys area throughout the fall and winter months.

While what happened during the Caldor Fire evacuation couldn’t be prevented, homeowners, residents and visitors can do their part to prevent or deter this kind of bear behavior in the future, especially as this mild winter turns to spring and bears begin to emerge from their dens in search of food. Below are steps everyone can take to help Tahoe bears live a wild but fruitful and healthy life.

If the issue is an immediate threat, call the local sheriff’s department or 911. 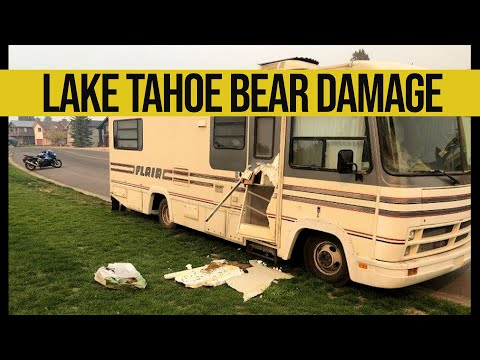 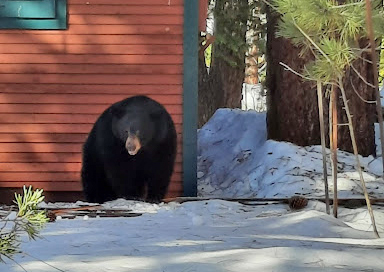 Photo caption: Bear caught attempting to break into the crawl space of a home in South Lake Tahoe. Photo credit: California Department of Fish and Wildlife. 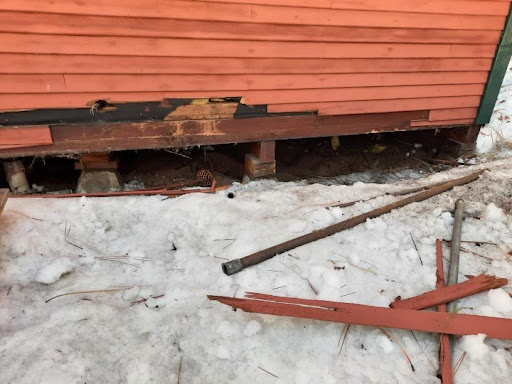