Sonoma Coast State Park is comprised of several beaches separated by rock bluffs and headlands. The park spans 17 miles from Bodega Head to Vista Trail which is located approximately 4 miles north of Jenner. The property lies along State Route 1 and consists of several named beaches including Arched Rock Beach, Gleason Beach and Goat Rock Beach. It also offers camping and hiking along the Russian River and Willow Creek.

State Park Peace Officers assigned to the Department’s Special Enforcement Team discovered at the state park, in Upper Willow Creek, that water was being diverted by the illegal growers from a creek and channeled into several large pits lined with tarps. It is believed the creek water from these man-made wells was used to water cannabis plants within the grow site. A total of 1,500 plants were documented at the site. Approximately 1,000 pounds of trash was also documented, including fertilizer, rodenticides, a generator, gasoline, and plastic irrigation lines. Cleanup of the site is being scheduled by State Parks. Additionally, dozens of trees were also cut down by the growers to create a clearing for the cannabis plants.

Two suspects were arrested and booked into the Sonoma County Jail, charged with illegal cannabis cultivation, water diversion and possessing a loaded firearm.

State Parks’ Cannabis Watershed Protection Program is responsible for preventing and alleviating environmental damage from cannabis cultivation and supporting stewardship and operation in a manner that discourages and prevents cannabis cultivation on State Park lands. The program has identified more than 400 sites that have been impacted by cannabis grows in state parks across California.

For more than 150 years, California State Park Peace Officers have worked closely with the state's network of local, state and federal law enforcement agencies to provide police protection services within the State Park System and surrounding communities. These officers also have the important responsibility to protect the natural, cultural and historic resources found in state park units for current and future generations. 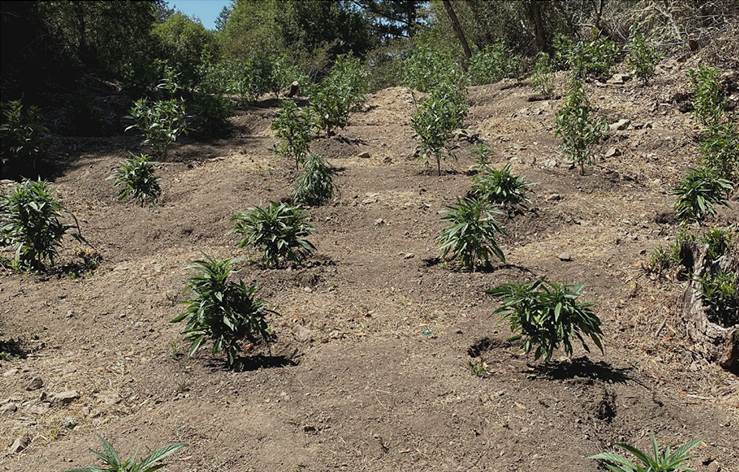 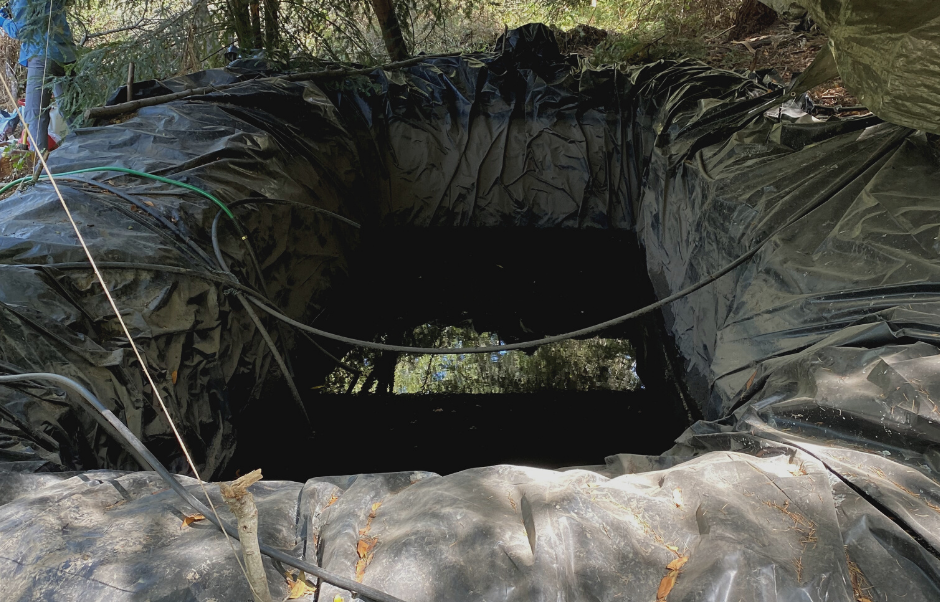 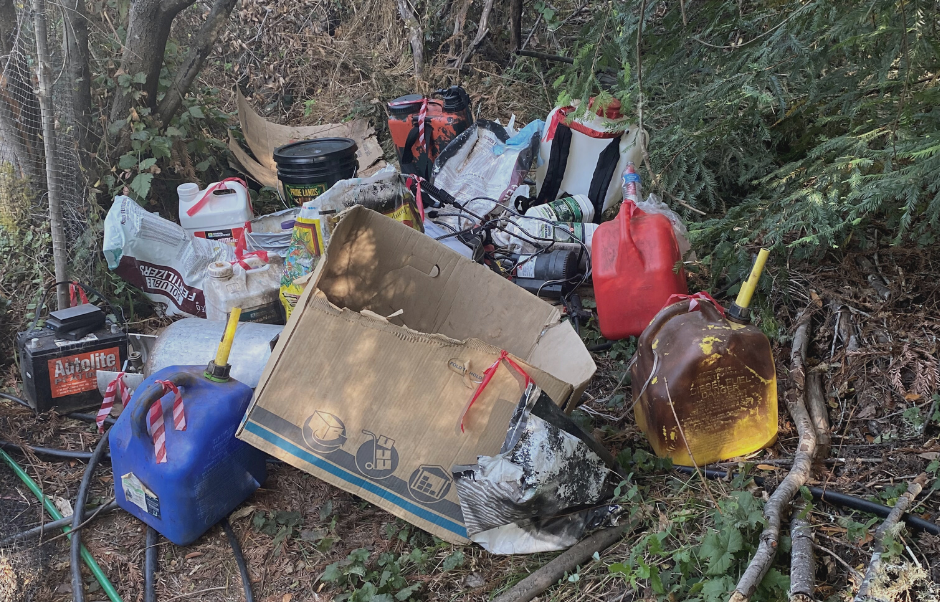 Top left: 1,500 cannabis plants located inside Sonoma Coast State Park. Top right: One of several large pits dug by growers to water cannabis plants. Bottom: Some of the 1,000 lbs. of trash found at the site including gasoline and fertilizer. Photos from California State Parks.