For these reasons State Park units in the Sonoma-Mendocino Coat District do not allow launching, landing or the operation of drones on State Park property.
Camper Information
Westport Union Landing State Beach is currently open for camping on a first come first served basis. Only cash or checks are accepted as payment for camping fees, there is no credit or debit card payments accepted at this park.

Westport Union-Landing State Beach covers over 3 miles of rugged and scenic coastline, with 86 campsites available in three campgrounds on the bluffs overlooking the Pacific Ocean. The magnificent vistas, sunsets and tree-covered mountains in the background provide an inspiring backdrop to the park and challenges to both amateur and professional photographers.

The park was named for two early day communities. Westport, a sawmill town, is still in existence and Union Landing now consists of only a few buildings. Both of these settlements were famous for supplying lumber and railroad ties, and Tan Oak bark to the schooners which anchored offshore. The schooners were loaded with forest products by means of intricate cable tramways and chutes from the bluffs.

Fishing
Several small sandy beaches and one large beach located at the mouth of Howard Creek provide some good sport for fishermen; the Surf Smelt (Hyomesus pretiosus) come in near shore to spawn in the surf during the day. Night Smelt (Spirinchus Starksi) come in to spawn at night. These smelt, 6 to 10 inches in length, are called surf fish and night fish by the sportsmen who take them in nets as they approach the beach to spawn. Several kinds of rock fish are taken when tides and ocean conditions are right. Water temperatures of around 52 degrees and a surging bellowing surf discourages all but the hardy individual. 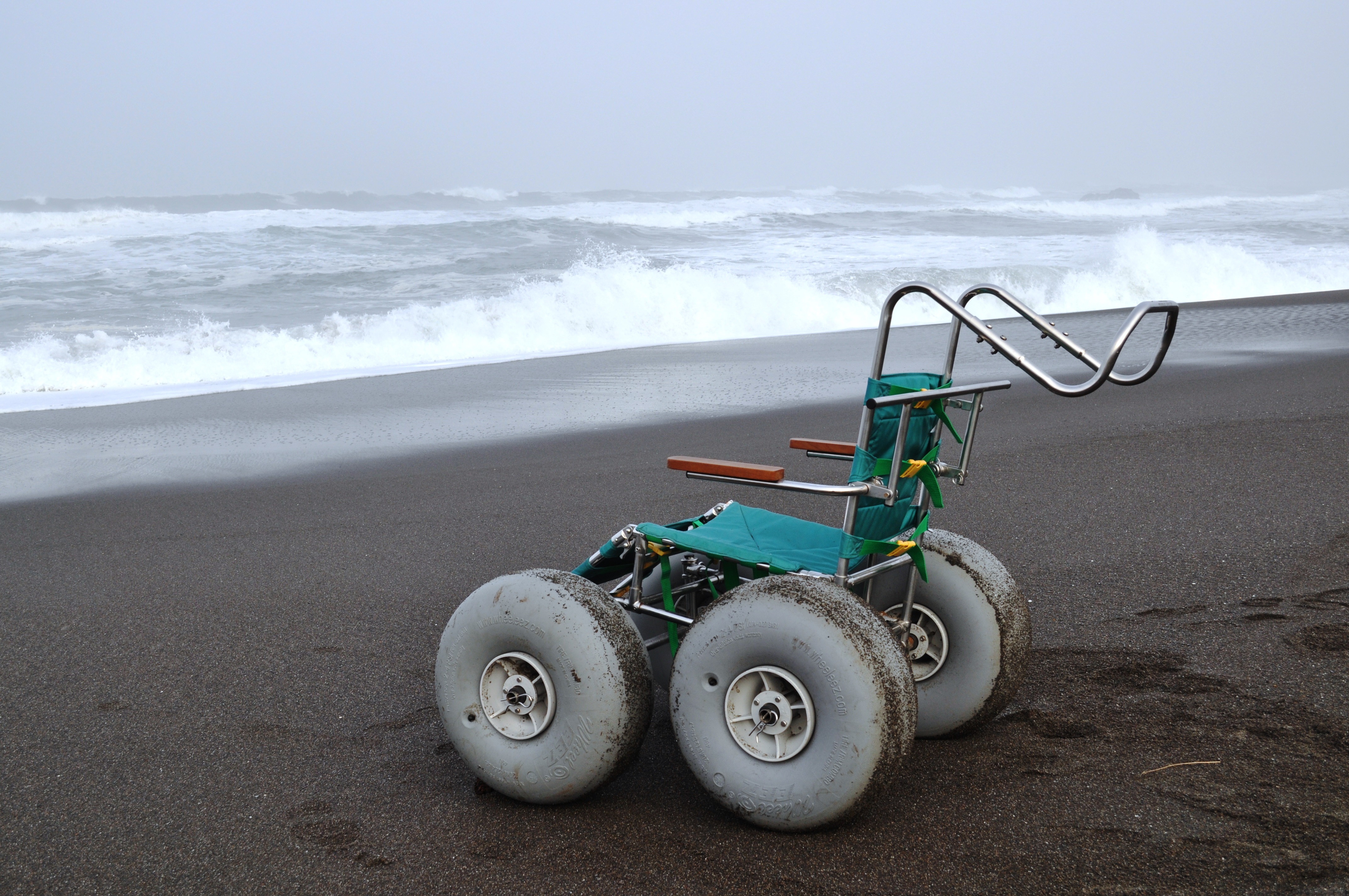 A beach wheelchair, free of charge, is available upon request for use at California State Park beaches in the Mendocino coast area. Call (707) 937-5721 at least 7 days in advance to reserve the beach wheelchair. Please note the wheelchair does not fold up and you will need a truck or SUV to transport the wheelchair from the kiosk or Visitor Center to the beach.