The Civilian Conservation Corps 75th Anniversary State Capitol Exhibit told the story of the CCC in California State Parks through historic photos.  Focusing on FDR’s philosophy and the goals of the New Deal, the exhibit panels displayed rare original photographs of CCC enrollees building park features that are still in use today.  The exhibit concluded with the legacy of the CCC – our modern-day California Conservation Corps, which carries on the work of preserving and protecting California’s natural resources. The exhibit was a collaboration of the California Department of Parks and Recreation and the California State Capitol Museum. 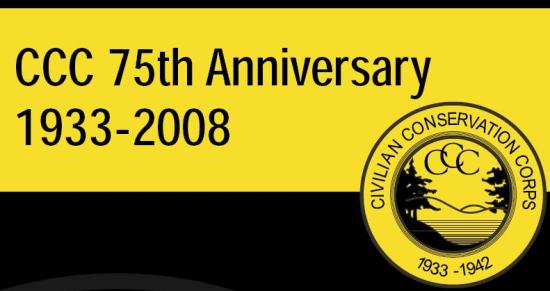 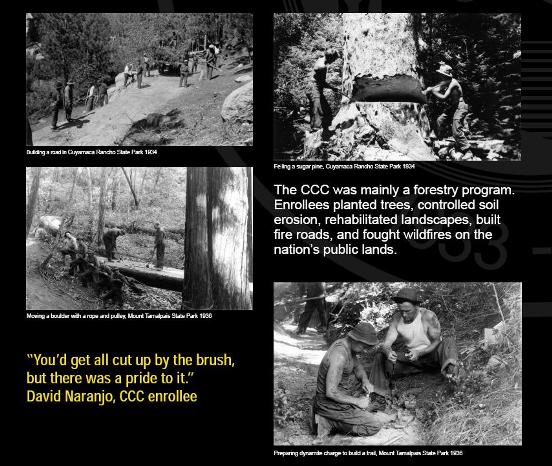 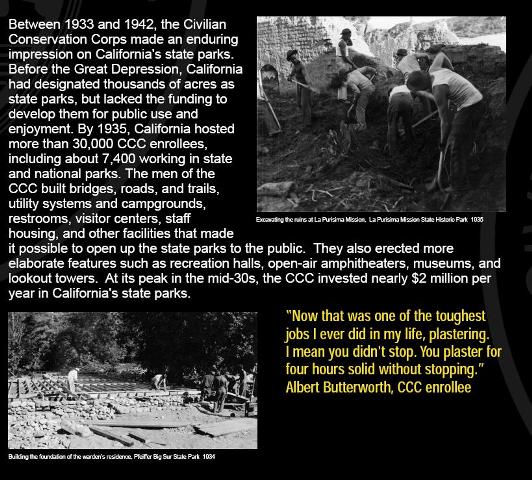 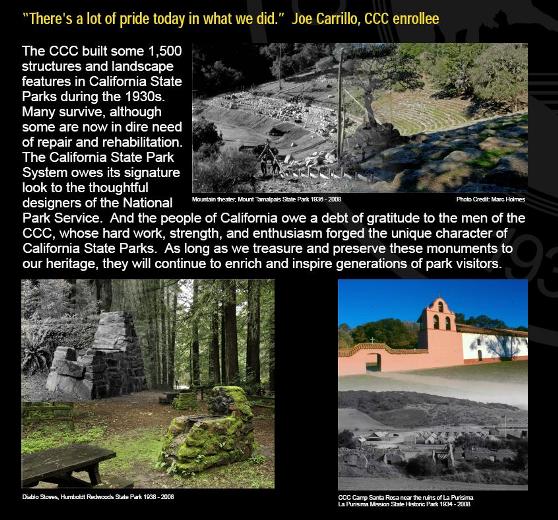 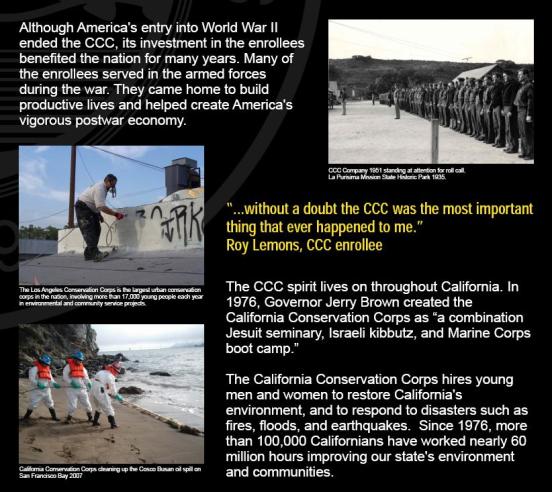