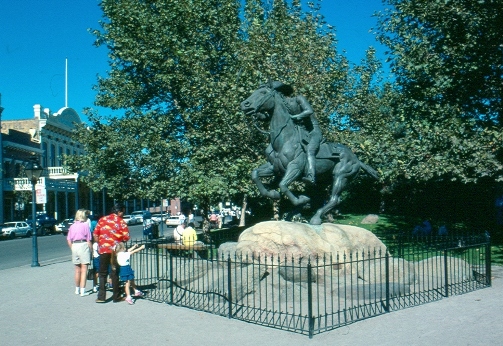 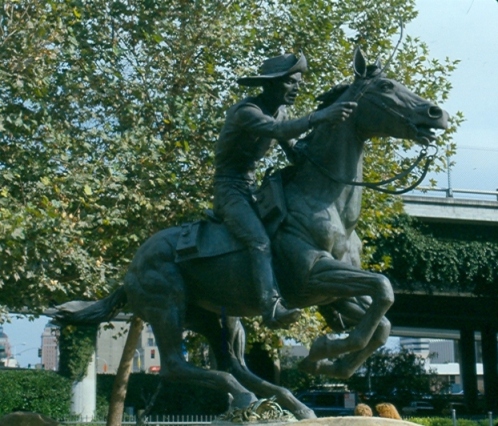 Statue Facts:
The Pony Express rider’s clothes were based on a paragraph in
Mark Twain’s book Roughing It, published in 1872.

Rider’s saddle and Mochilla  (what they carried the mail in) were modeled after originals that are in the Santa Barbara Historical Museum.

Bit and bridle were designed after military “tack” of the 1850s.

The sculptor gave him a wide brimmed hat instead of a skull cap, which the riders usually wore.

Statue took over 2 years to design and build, including 9 months casting and finishing by Vianello Art Bronzes.