What is a Marbled Murrelet?

Marbled Murrelets are sea birds that live along the Pacific Coast from central California to Alaska and nest in old growth forests.

Their nesting habits were the last of any bird in North America to be discovered. In 1974, a tree trimmer cleaning storm damage in Big Basin Redwoods State Park found a Marbled Murrelet chick 150 feet up in a tree on a mossy branch, solving the mystery.

Now we know that parents lay a single egg high up on the branches of old growth trees. They take turns incubating the egg and flying miles to the ocean to eat and, after the chick hatches, catch fish to bring back to feed their baby. About 30 to 40 days after hatching, the young Marbled Murrelet takes its first flight and goes all the way to the ocean. 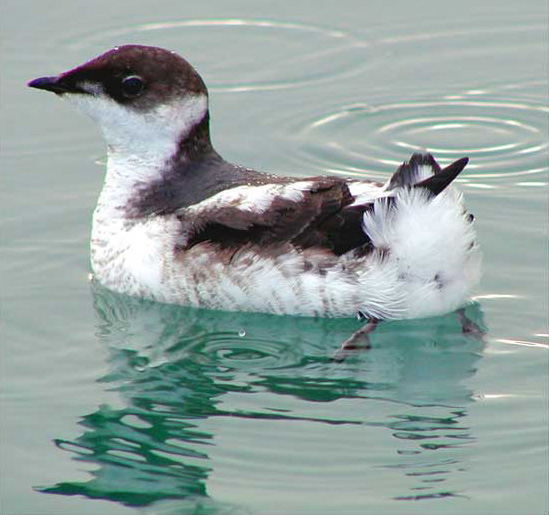 The murrelet range depicted here does not necessarily represent the places where murrelets are known to nest but the possibility of places that murrelets could eventually nest.

The California State Parks Department has just completed a landscape management plan for the marbled murrelet in Zone 6.  The plan addresses all lands within the breeding range of the murrelet in Zone 6 and not just park lands.  Evidence of nesting has been found in 37 different stands, and total potentially suitable habitat was found to be about 15,000 acres.  Chapters include: Inland Distribution and Detection Numbers, Corvid Predation on Murrelet Nests, Peregrine Falcon Predation of Murrelets, An Evaluation of Noise Impacts on Murrelets, BMPs for Reducing Predation on Murrelet Nests, and Murrelet At-sea Abundance and Productivity.

The finding of the first marbled murrelet nest in Big Basin during the summer of 1974 was the start of many murrelet related studies and management actions.  First, a version of what we now call Audio Visual Surveys were done in different areas and expanded to include surveys At-Sea and Radar at river mouths. Eventually as predators and their potentially significant impact was known we also began surveying Corvids such as the Steller’s Jay, Ravens and Crows, more recently Peregrine falcons. 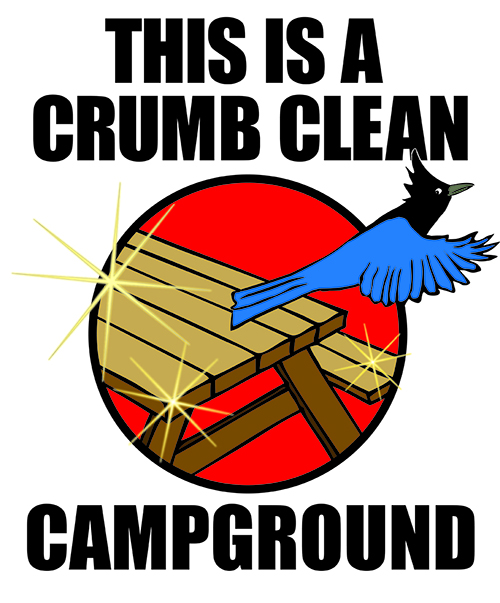 Here at Parks we are serious about keeping Wildlife Wild, we don’t want any animals getting access to human food. We have a multi-pronged approach to prevent intentional and unintentional animal feeding. We call this the Keep it Crumb Clean Campaign – this is to highlight the fact that even Crumbs, yes CRUMBS, matter.

This approach or campaign uses the Three E’s that’s Engineering, Education and Enforcement, all work together to give visitors what they need to be Crumb Clean, educate them about what to do, raise awareness and support by telling the story. Finally to close the loop, we enforce these rules.