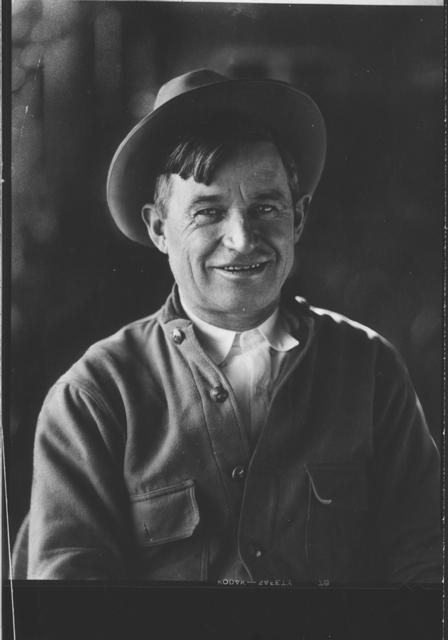 Will Rogers (1879-1935), starting life as a cowhand, and went on to become a stage and motion picture star and a noted homespun philosopher. He is still regarded as one of the greatest ropers of all time. But it was his shrewd witticism he made while performing his tricks, that won him fame and fortune. A talented writer, Rogers’s short comments on the news appeared in about 350 daily newspapers. In 1926, he toured Europe as President Calvin Coolidge’s “Ambassador of Good Will.”

The following year, his admirers chuckled over his Letters of a Self-Made Diplomat to His President  (1927).  But Rogers was at his best giving a performance. His usual opening, “All I know is what I read in the papers,” became a byword during the 1920’s.

William Penn Adair Rogers was born November 4th in1879 on a ranch between Claremore and Oologah, Oklahoma. Both his parents had a small amount of Cherokee Indian blood. Rogers attended Kemper Military Academy in Boonville, Missouri  for two years (“One in the guardhouse and one in the 4th grade,” he said later.) He left school in 1889 and became a cowboy in the Texas Panhandle. Then he drifted off to Argentina and turned up in South Africa a few years later as a member of Texas Jack’s Wild West Circus.

Rogers married Betty Blake, an Arkansas schoolteacher, in 1908. They had four children. Will Rogers was killed in a airplane crash near Point Barrow, Alaska, while on a flight to the Orient with Wiley Post on August 15, 1935. He was 55. Statues of the cowboy philosopher stand in the Capitol in Washington, D.C., and in Claremore, Oklahoma.