Some of the nominations being considered by the Commission include the Redwood City Woman’s Club, which was founded to create social, educational and benevolent opportunities for the women of Redwood City and was the only women’s group that was not an auxiliary of a men’s lodge. Hotel Mayfair in Los Angeles is also being considered for its role as a prominent example of commercial hotel development in Westlake and as an excellent, locally significant example of Renaissance Revival commercial architecture by master architects Curlett & Beelman. Other properties include two schools in Sacramento County—Thomas Jefferson School and North Sacramento School.

Here are all the National Register of Historic Places nominations being considered at the meeting:

The Eichler homes midcentury modern multifamily housing complex is located near the western limits of Santa Clara. The district includes 16 multifamily buildings of varied configurations ranging from two to eight two-story townhouses per building and a clubhouse set in extensively landscaped grounds. Significant for its pioneering use of cluster development, the district is also eligible as an exceptional residential example by regionally prominent post-World War II merchant-builder Joseph Eichler, architect Claude Oakland and landscape architects Sasaki, Walker and Associates.

Founded to create social, educational and benevolent opportunities for the women of Redwood City and one of several local women’s organizations of the period, the Redwood City Woman’s Club was the only women’s group that was not an auxiliary of a men’s lodge and the only one to own its own building. The women were offered a lot in the new Dingee Park subdivision, with the proviso that they raise the funds to build a clubhouse. Built by local contractor Charles Miller, the 1911 clubhouse embodies the distinctive characteristics of the Craftsman style.

Located one block east of Capitol Park in Sacramento’s Midtown neighborhood, the 1922 building is an architecturally significant example of a Tudor Revival style school designed under the aegis of the Sacramento School District’s Architectural and Engineering Commission, formed in 1920. The work of two master architects—Commission Chairman E.C. Hemmings and James Dean of Dean and Dean—the building exemplifies the school district’s distinctive architecture program of the 1920s.

The school is associated with the foundation, growth and development of the community of North Sacramento and with the establishment and growth of the North Sacramento School District. The one-story Mission/Spanish Colonial style building designed by master architects C.C. Cuff and E.C. Hemmings includes a one-and-a-half story central auditorium with a clay tile gabled roof flanked by projecting classroom wings. The school’s 1915-to-1953 period of use mirrored the community’s era as a vibrant independent city and the school’s role as an amenity utilized by boosters to promote growth.

Located cliffside in the Three Arch Bay community of the South Laguna neighborhood, the property includes a single-family residence along with other buildings, structures and features erected between 1927 and 1970 associated with filmmaker Edward H. “Ned” Griffith and actress America Chedister Griffith. Most of the buildings are reflective of the Cape Cod variant of Colonial Revival style, accented with nautical references.

Completed in 1960, the New Formalist restaurant building overlooks Newport Harbor. The noted architecture firm of Ladd & Kelsey designed the thin-shell concrete building in collaboration with renowned structural engineer Richard Bradshaw. Stuft Shirt is an excellent example of the New Formalist style applied to a commercial property and one of the earliest examples of this style in the region, embodying New Formalism via its monumental presence, symmetrical formality, deep projecting roof overhang, smooth concrete and stucco wall surfaces, and slender tapered columns topped by expansive arched openings.

This meeting will not be held at a publicly accessible location, but the public may view the meeting via CAL-SPAN or participate in the meeting by registering for attendance via the Zoom link posted on the State Historical Resources Commission’s Meeting Schedule and Notices page of the Office of Historic Preservation website at https://ohp.parks.ca.gov/shrcnotices.

All nominations and photos of properties under consideration are available online. 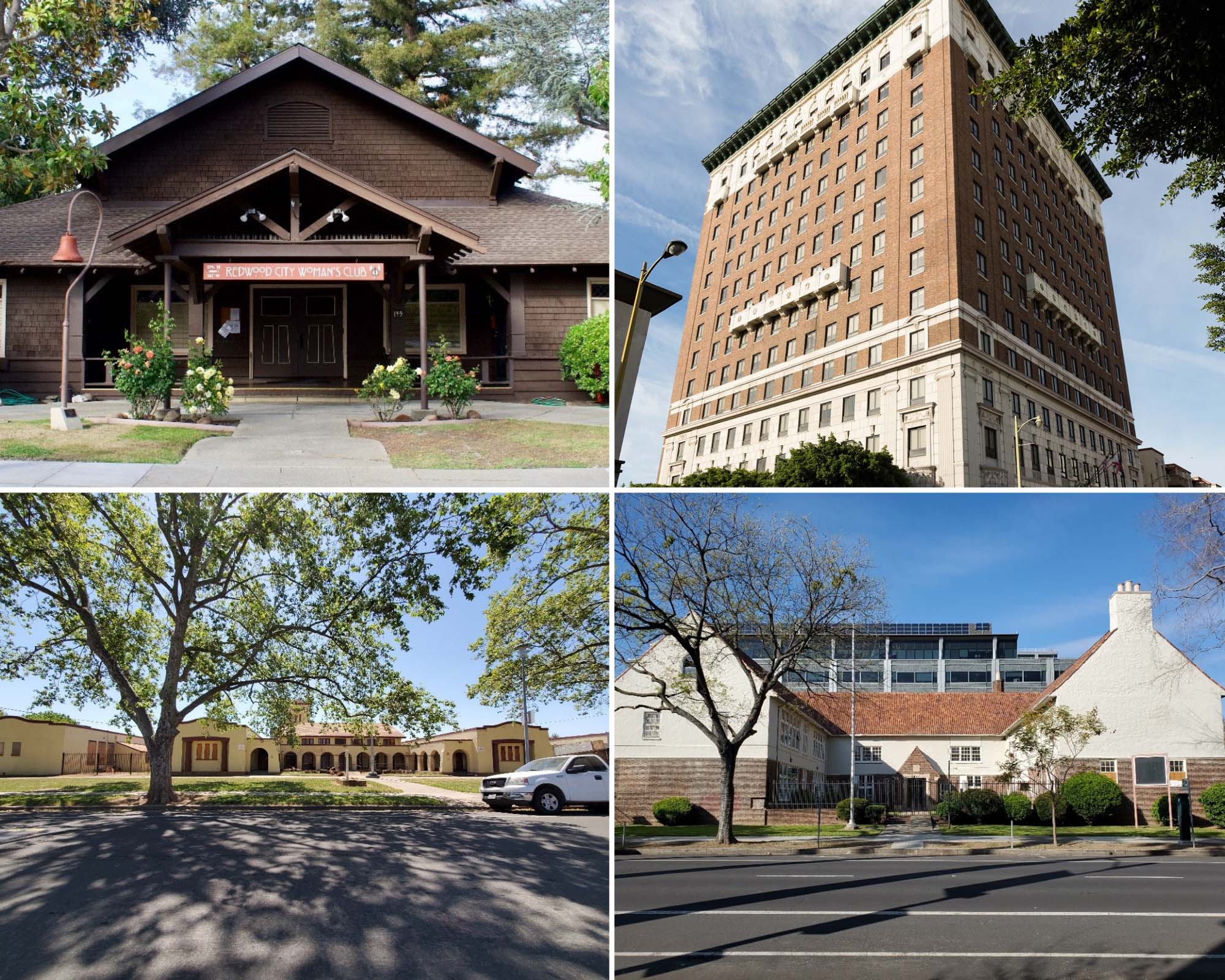