SACRAMENTO, Calif.— California State Parks and the Yurok Tribe signed a Memorandum of Understanding (MOU) today to establish a collaborative approach to the management, preservation, and interpretation of cultural and natural resources within Yurok Tribe’s ancestral lands in the North Coast Redwoods District.

“State Parks is honored to build upon our relationship with the Yurok Tribe towards collaborative management and shared stewardship,” said California State Parks Director Armando Quintero. “When the Yurok Tribe and other California Native American Tribal Nations can access their ancestral lands and continue their cultural traditions and practices, all Californians will inevitably benefit.”

“I would like to thank California State Parks Director Armando Quintero and North Coast Redwoods District Superintendent Victor Bjelajac for taking action to correct this longstanding injustice. The agreement ensures that our culture and traditions as well as our traditional ecological knowledge will continue to be passed from one generation to the next,” said Joseph L. James, the Chairman of the Yurok Tribe. “Additionally, the reintegration of tribal land management practices is essential to the long-term health of the redwood forest ecosystem.”

Furthermore, the implementation of Traditional Ecological Knowledge and traditional Yurok gathering practices will promote the sustainability of native plant species and habitats, helping address the climate and biodiversity crisis.

The MOU acts on the Governor’s formal apology to Native Americans and the Statement of Administration Policy on Native American Ancestral Lands by supporting co-management of and access to natural lands that are within the Yurok Tribe’s ancestral lands.

The agreement was also announced today at the California Natural Resources Agency’s 30x30 Partnerships Kick-off Event. The 30x30 initiative is an international movement to protect 30 percent of lands and coastal waters by 2030. With Governor Gavin Newsom’s leadership, California is on the leading edge of the effort as more than 100 countries and subnational governments have adopted similar targets. California has issued its Pathways to 30x30 Strategy. The kick-off meeting will jumpstart collaboration and community engagement around to achieve the state’s goals. 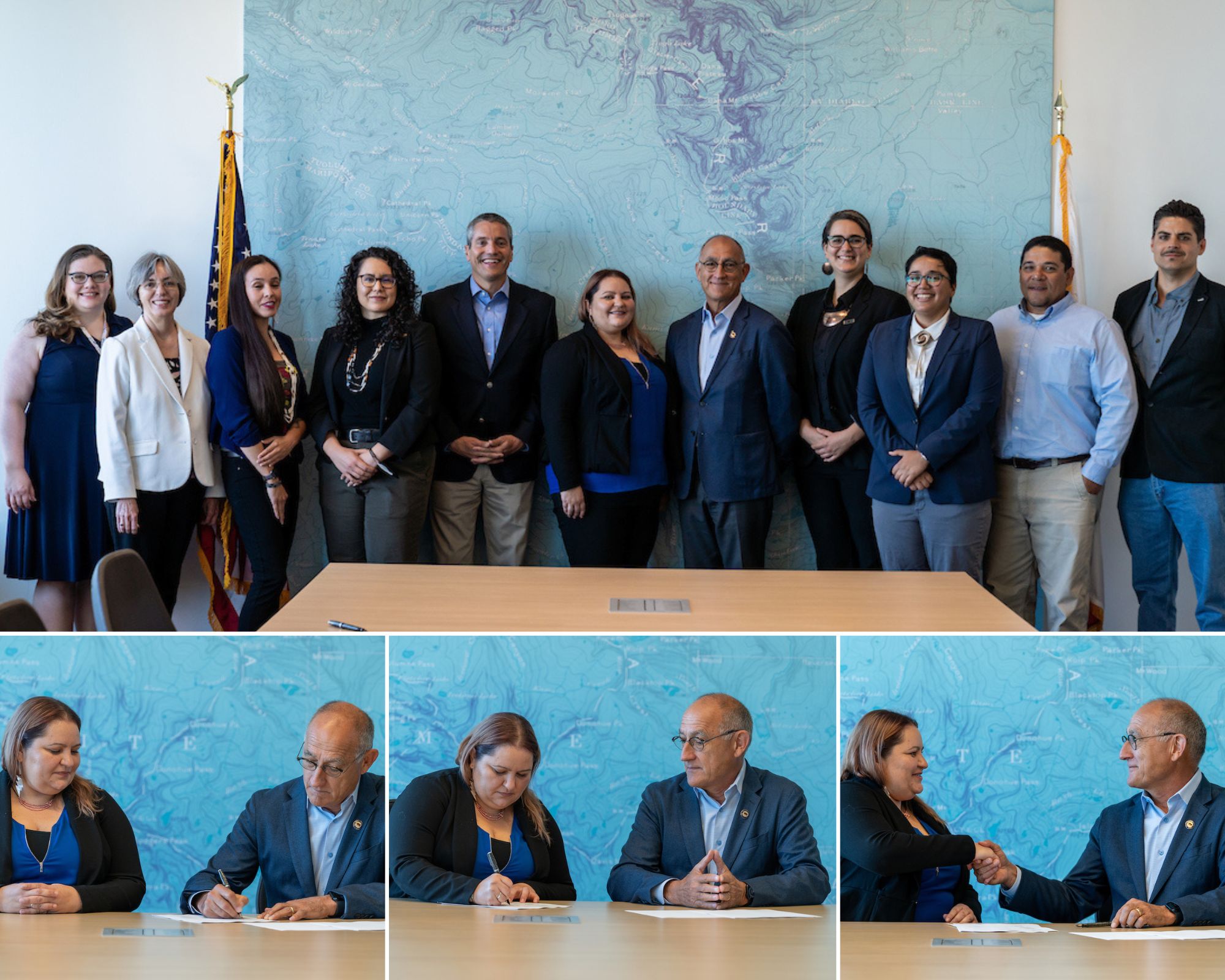