Some of the nominations being considered by the Commission include the St. Isidore Catholic Church in Los Alamitos. The property is associated with the early development of Los Alamitos as an agricultural community, specifically the Mexican immigrants who worked on the town’s farms and at the factory, and People’s Park in Berkeley, where a community effort to turn the lot into a park became one of the most significant acts of public protest in the United States associated with student protests and countercultural activity.

National Register of Historic Places nominations being considered include:

The 1928 filling station, built in a vernacular style that resembles Storybook Revival, is considered an example of programmatic architecture. The station is significant for its role in local transportation history, due to its location on Highway 101, and represents a significant example of a "house-type" gas station, designed to express a domestic quality and attract customers via its charming, whimsical appearance.

The 13-story Renaissance Revival style hotel building was completed in 1926 in downtown Los Angeles. The property is nominated for its association with the Commercial Club, the social arm of the Los Angeles Chamber of Commerce, and as a significant example of the work of the architectural firm Curlett and Beelman.

The district includes over 673 buildings in the Floral Park neighborhood of Santa Ana. These principally one-story single-family homes are designed in a mixture of early 20th century revival styles and midcentury styles. As a popular neighborhood among Santa Ana's early political and business leaders, the district was home to many significant individuals, including some whose significance is directly associated with their Floral Park home.

The district is composed almost entirely of single-family residential buildings, located in the San Diego neighborhood of Mission Hills. Three stucco entrance pillars on Sunset Boulevard announce the district’s northern entrance and are original to the neighborhood’s 1909 subdivision. The district reflects city planning and urban design principles that prevailed at the turn of the 20th century and is an excellent, intact concentration of early 20th century Prairie School, Craftsman, and Period Revival architectural styles.

The property is associated with the conservation legacy of the women’s garden club movement and is also an excellent example of the Bay Region Modern–Second Bay Tradition. The buildings retain the original modern lines, exposed structure, glass walls and wood panels characteristic of this period. Simple and low cost, they embody the modernist goals regarding informality, streamlined aesthetics and affordability, an approach particularly well suited to the limited means and public purpose of this center.

Constructed in 1952, the Frank Lloyd Wright-designed, Usonian one-story house displays many of the elements common to Wright’s Usonian houses, laid out on a planning grid, or unit system. At the Mathews House, the unit system is based on an equilateral parallelogram, 4 feet on each side. The Mathews House exemplifies the Usonian houses Wright designed for the San Francisco Bay Area, one of the main regional areas of the architect’s work and is a fine example of the innovative construction systems Wright created for those houses.

Designed and built by Giuseppe “Joe” Murer as his personal residence between 1925 and 1927, the Murer House is a vernacular example of the Italian Renaissance Revival style of architecture, a miniature of the Italian Renaissance villas in the northern Italian countryside. As an informal gathering place and social center, the Murer House and associated gardens were integral to Folsom’s Italian community.

The former parking lot off Telegraph Avenue is where a community effort to turn the lot into a park became one of the most significant acts of public protest in the United States associated with student protests and countercultural activity. While most of the original features of the park were destroyed, the site became a symbol of 1960s counterculture. The recreated park, principally developed between 1969 and 1979, includes deliberate elements of landscape architecture intended to symbolize the different natural environments of California.

The MPS documents the maritime landscape of the mid to late 19th and the early 20th centuries. Transporting coastal redwood timber by land to the San Francisco market could not be accomplished by land due to the lack of adequate roads and railroads. Although the rough northern coast featured few navigable ports, enterprising men engineered a unique solution of chutes and cable systems extending from the Sonoma and Mendocino Counties’ bluffs down into small coves, allowing lumber and produce to be transferred from cliffs above to waiting ships moored some distance from the rocky shore. Known regionally and colloquially as doghole ports, these remote ports were key to the logging industry for over 70 years.

The district encompasses 769 acres along the Sonoma County coast within Salt Point State Park and adjacent waters within the park, Gerstle Cove State Marine Reserve, and Greater Farallones National Marine Sanctuary. The district includes the coastal terrace to the west, headlands surrounding Gerstle Cove, waters of Gerstle Cove and a portion of the forested slope heading east up to the ridgetop. The interrelated components of the timber industry and Salt Point community were dependent on the doghole port’s location and means to load vessels safely and efficiently. The district is associated with the California timber trade and maritime commerce through the use of the area as a doghole port and has yielded and has the potential to yield information important to the understanding of the doghole port network and its role in maritime trade.

Documentation amends the existing 2003 National Register nomination for the Bay Bridge following removal and replacement of the western span of the bridge, confirming that the bridge retains National Register eligibility and updating the resource count and other elements of the 2003 nomination.

The chapel was rebuilt in 1933 after the original 1926 building suffered major earthquake damage. The property is associated with the early development of Los Alamitos as an agricultural community organized around a large sugar beet processing factory and with the Latino community living in Los Alamitos, specifically the Mexican immigrants who worked on the town’s farms and at the factory. As a religious property, St. Isidore meets the registration requirements for property types associated with Religion and Spirituality in Latino Culture in the “Latinos in Twentieth Century California” Multiple Property Submission.

Located in the central business district of downtown Merced, the theater was constructed in 1938. Known as the Mainzer Theater since 2001, the art deco and art moderne style theater and commercial building has been attributed to San Francisco architect Virgil W. Jorgensen and the Saleh Brothers construction company. With its planarity, symmetry, repetition and use of stepped forms, the building expresses its art deco style through its massing and treatment of volume. The art moderne influence—a style increasingly popular in late 1930s’ architecture, arts and graphic design—is expressed through the incorporation of rounded forms, flat massings and horizontal elements.

Placement on the National Register can help bring positive attention to a historic place and affords a property the honor of inclusion in the nation’s list of cultural resources worthy of preservation. This can provide a degree of protection from adverse effects resulting from federally funded or licensed projects. Registration also provides a number of incentives for preservation of historic properties, including special building codes to facilitate the restoration of historic structures, and certain tax advantages.All nominations and photographs of properties under consideration are available online.

This meeting will not be held at a publicly accessible location, but the public may view the meeting via CAL-SPAN (cal-span.org) or participate in the meeting by registering for attendance via the Zoom link posted on the Commission’s Meeting Schedule and Notices webpage.

General inquiries to the Commission are handled by Twila Willis-Hunter. She may be contacted via phone at (916) 445-7052 or at the same mailing address listed above. 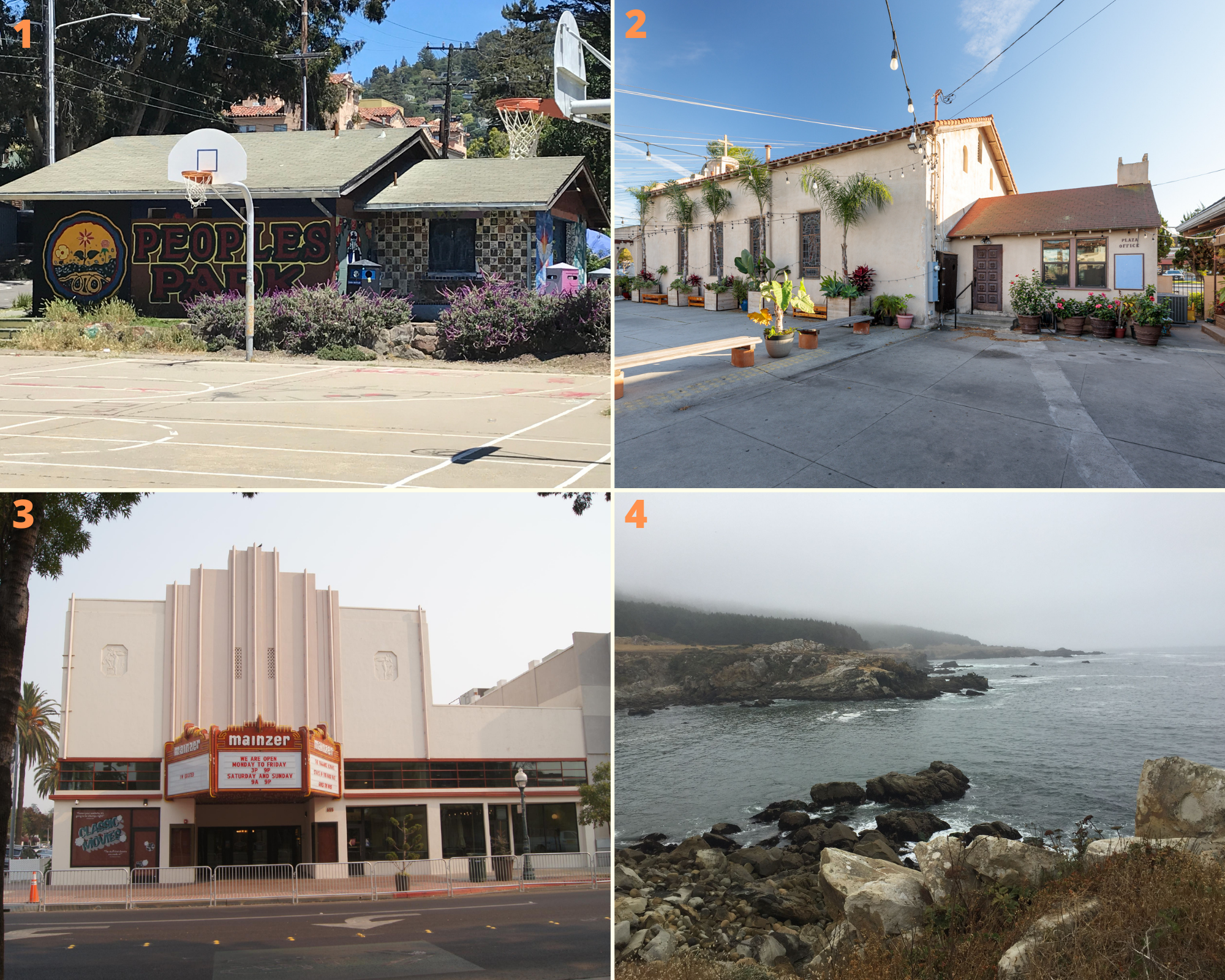