Day-Use Area: 8am to Sunset

On California Highway 1, 20 miles south of Half Moon Bay and 27 miles north of Santa Cruz.

Come celebrate the lighthouse’s 150th anniversary with tours of the base of the lighthouse tower, music, children’s crafts and activities, a native plant sale, and a local maritime author. The original first order Fresnel lens from the tower will be lit in its current location in the Fog Signal Building from 5 to 7 pm. Special commemorative merchandise will also be available for sale in the gift store to celebrate the light station's big sesquicentennial! Free event. For more information, call (650) 879-2120. Event made possible by Coastside State Parks Association and California State Parks. 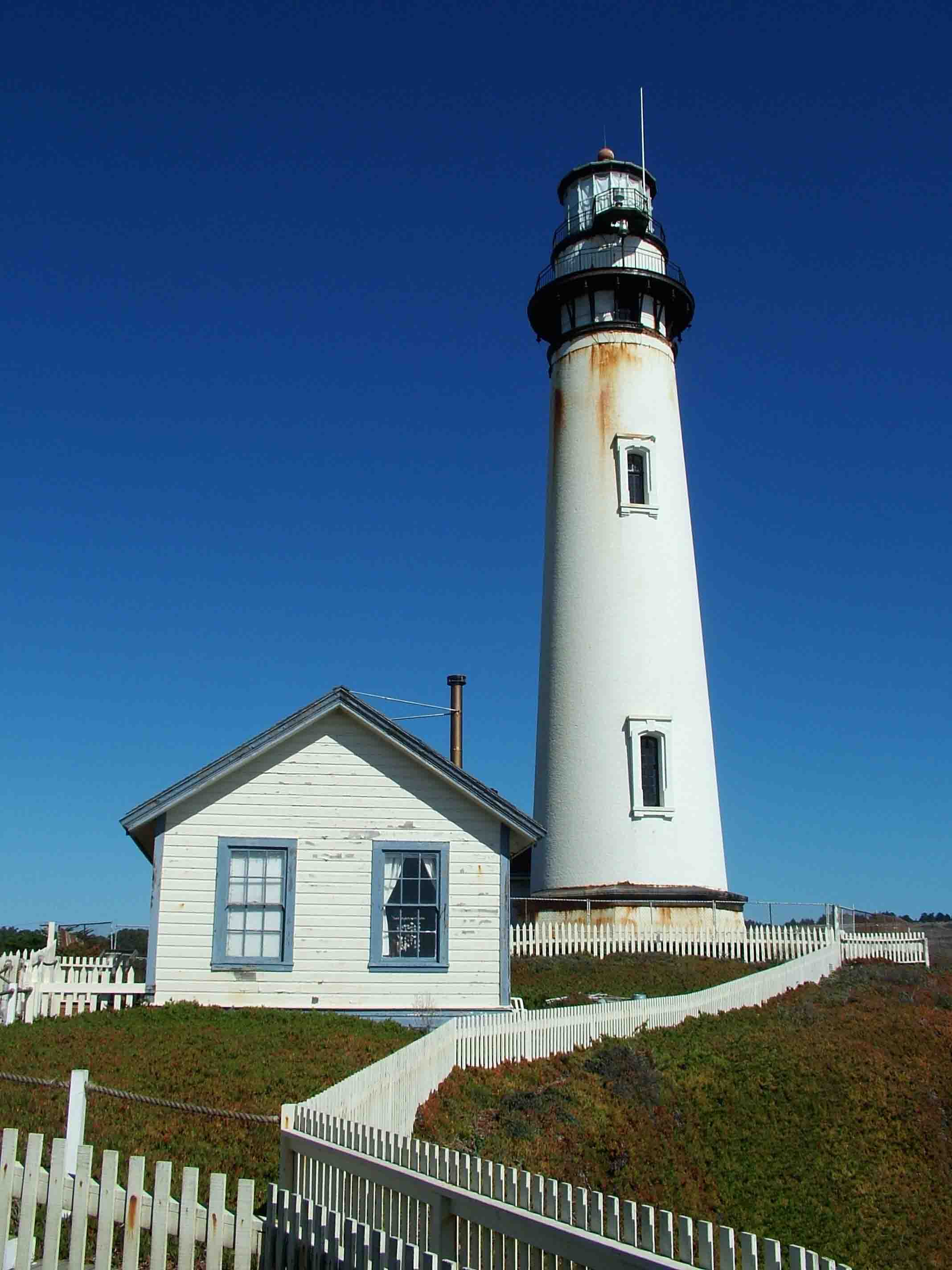 Perched on a cliff on the central California coast, 50 miles south of San Francisco, the 115-foot Pigeon Point Lighthouse, one of the tallest lighthouses in America, has been guiding mariners since 1872. Its five-wick lard oil lamp, and first-order Fresnel lens, comprised of 1,008 prisms, was first lit at sunset, November 15, 1872. The lens stands 16 feet tall, 6 feet in diameter, and weighs 2,000 pounds. Now on display in the fog signal building, it sat in a lantern room constructed at the Lighthouse Service's general depot in New York before being shipped around the Horn. Although the original Fresnel lens is no longer in use, the lighthouse is still an active U.S. Coast Guard aid to navigation using an automated LED beacon.

The coastal areas surrounding Pigeon Point Light Station are rich with life. Marine mammals, such as seals and whales, can be seen regularly from shore as they pass by beyond the surf. The intertidal zone along this part of the coast, particularly in the rocky reefs that flank the light station, contains a diverse and numerous variety of plant and animal life.

Lighthouse Closed for Repairs
In December 2001, a section of the iron belt course on the exterior of the lighthouse fell off. The lighthouse will remain closed until the structure can be restored. The lighthouse may still be viewed from the grounds. For more information go to Lighthouse Restoration

Activities
Tours: Half hour guided history walks around the lighthouse grounds are available staff permitting, or upon request by calling (650) 879-2120

DOGS are not permitted on the lighthouse grounds (except for service animals).

SMOKING is not permitted in the park.

DRONES are not allowed in the park. To protect wildlife and cultural resources, and for the safety and welfare of visitors and staff, the park is closed to the use of Model Aircraft, Unmanned Aircraft Systems (UAS), and Gliders in flight.

FACILITIES — The park has restrooms near the parking lot and limited picnic tables. A park store is located in the historic carpenter's shop. A small public beach is located 100 yards from the main parking lot.

PIGEON POINT HOSTEL is run by Hostelling International for guests who are interested in staying overnight. For more information and reservations, please click here.

This park has generous support and funding from the Coastside State Parks Association and the Friends of Santa Cruz State Parks. To learn more about how these organizations help California State Parks, visit Our Partners.