UPDATE (July 2, 2020) - As California State Parks begins working with locals on a phased and regionally-driven approach to increase access to state park units where compliance with state and local public health ordinances can be achieved, it is important for visitors to continue to practice physical distancing and avoid congregating with people outside their immediate household. Everyone has the responsibility to mitigate the spread of COVID-19.

What is open now?
What is currently closed at this park and throughout the State Park System?
At this park: Statewide:
Are there any new visitor guidelines?
Yes, please see below:
Thank you for your patience and continued support of California State Parks as we work to limit your risk for exposure to COVID-19 in the outdoors. For more information, please visit parks.ca.gov/FlattenTheCurve.

Angel Island State Park, the largest natural island in the San Francisco Bay, offers some of the best views of the surrounding Bay Area. With great hiking trails and many other recreational opportunities readily available, Angel Island is truly a hidden gem in the midst of the urban Bay Area.

Angel Island is truly a walk through time! Beginning with the earliest inhabitants, the Coast Miwok, Angel Island was a seasonal hunting and gathering location for the local native tribes, a safe refuge and supply stop for Spanish explorers like Juan Manuel de Ayala, one of the first to map the San Francisco Bay.

From 1910 to 1940, the U.S. Immigration Station processed hundreds of thousands of immigrants, the majority from China. During World War II, Japanese, and German POWs were detained at the Station before being sent to facilities farther inland.

The Island has been a cattle ranch and beginning with the Civil War at Camp Reynolds, the Island has nearly 100 years of military history. With the outbreaks of WWI and WWII thousands of troops both returning and embarking for conflicts around the world were processed through Angel Island. In the '50s and '60s, the Island saw its last military service as a home to a Nike missile base.

In 1954 the transition of Angel Island as a California State Park began. Starting with Ayala Cove on the western side of the Island, park visitors had the first opportunities to enjoy the beauty of this amazing Island. In the early 60's the final departure of the military allowed the rest of Angel Island to become park lands and the rest is history!

There is limited weekday ferry service to Angel Island during the winter. Check with ferry provider. 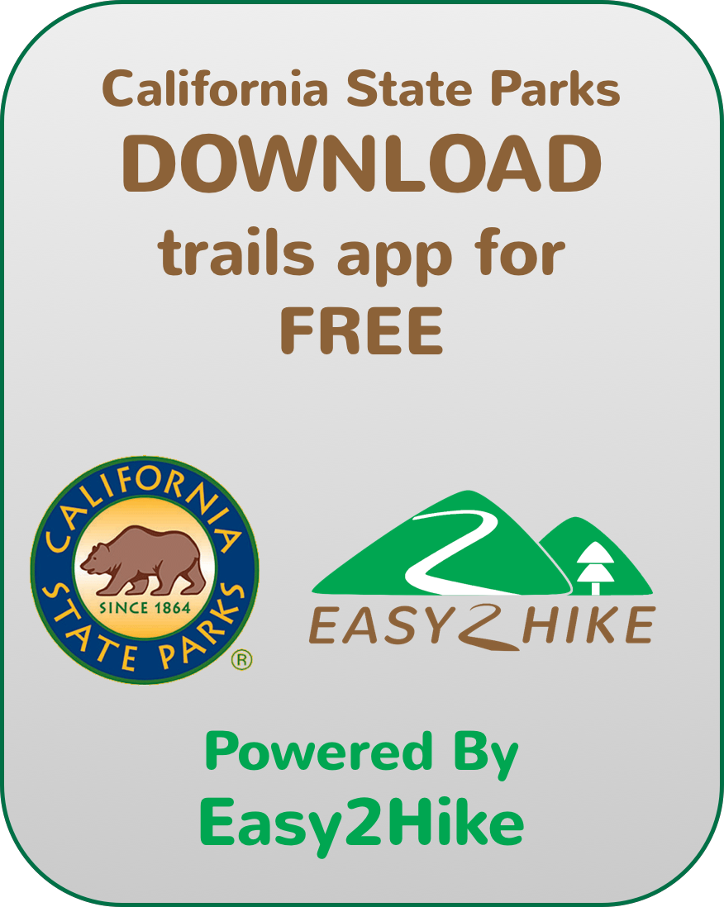 The Angel Island Café is open 7 days a week - May through October. Weather permitting.

Tiburon -
During the off–season (November – February), ferry service is limited to weekends and holidays only.

During the peak-season (First Sunday in March – Last weekend in October), Ferry service is provided daily.

There is no ferry service from Tiburon to Angel Island on Thanksgiving, Christmas, and New Year’s Day.

*PLEASE NOTE - The Museum at the U.S. Immigration Station is CLOSED on MONDAYS and TUESDAYS.

Transportation Options
Several ferries are available during the peak season to take you to Angel Island.

Please be advised, Angel Island SP is one of the few California State Parks that does not accept the Annual Day Use Pass in the traditional sense.  Your Annual Day Use Pass allows you to dock your private boat at one of the Island's day use slips in Ayala Cove.  Please display your pass so that the staff can see it. This pass cannot be used in exchange for, or to discount, your ticket on any of the ferries.

California State Parks is proud to present the following podcast. This program is currently hosted by CA State Parks Foundation.