South end of wilderness (Usal Beach): Approximately one hour north of Ft Bragg on PCH or 15 miles west of Leggett on PCH from Highway 101. Look for mile marker 90.88 on PCH. Turn north for approximately 6 miles onto unpaved, steep, narrow road.

ROADS MAY BE IMPASSABLE IN WET WEATHER. RV'S & TRAILERS NOT RECOMMENDED.

Sinkyone Wilderness State Park can only accept cash or check for vistor fees, the park is not equipped to take any form of electronic payment.

RV and rooftop camping is NOT permitted at Needle Rock, ONLY trail/tent camping. 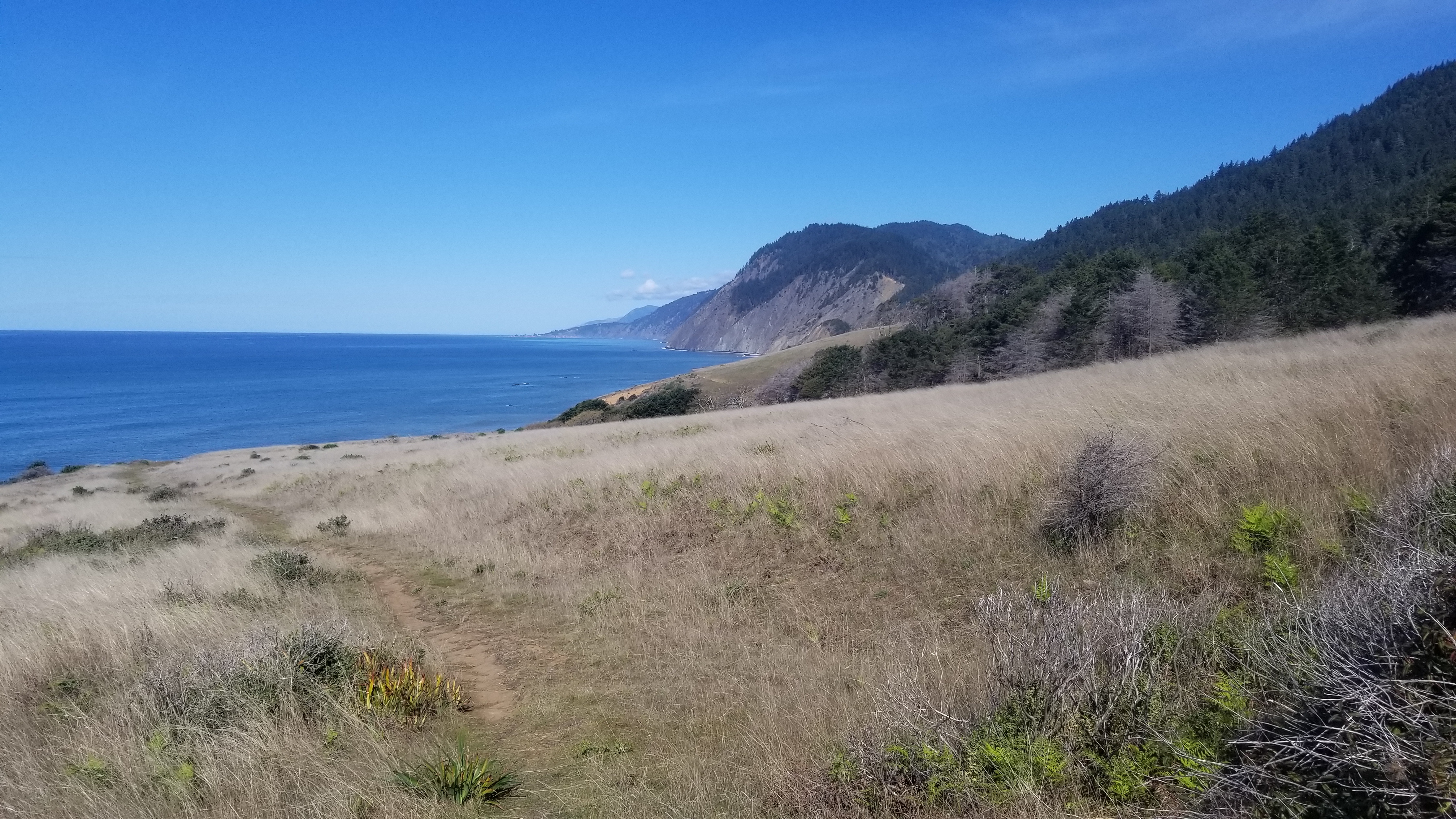 Sinkyone Wilderness State Park lies on the southern portion of the Lost Coast, a 60-mile stretch of wilderness comprising the park and the King Range National Conservation Area.

For thousands of years before the first Europeans arrived, the Sinkyone Indians lived on this part of the coast. They occupied permanent villages beside streams and rivers, and moved out in family groups to hunt and forage in the hills during the summer. They fished, gathered seaweed and shellfish, hunted seals and sea lions, and harvested the occasional dead whale washed on shore. All kinds of fish were caught, but the seasonal salmon run was especially important.

Some aspects of the Sinkyone keep crowds away. Its trails are steep and its campgrounds are primitive. There’s no potable water, and you have to haul out your own trash. When wet, the park’s twisting dirt roads are impassable for passenger cars. More than a few visitors have had to stay an extra day or two because a mudslide or fallen tree closed their route home. “The Sinkyone lets you go when it wants to let you go,” a park ranger says. In other words, it’s a real wilderness.

Weather  Summer temperatures average 45–75° F. Morning and evening fog is common.
Winter lows range from 35-55° F. Rain falls up to 80 inches per year, mostly between November and May.

The Needle Rock to Bear Harbor Road is currently closed to motor vehicles due to unsafe conditions. It is open to day hikers, backpackers, bicyclists, and equestrians.

The rugged wilderness that once characterized the entire Mendocino Coast can still be explored and enjoyed in the Sinkyone Wilderness State Park. Since there are no main highways near the coast in this vicinity, the area has come to be called the "Lost Coast." 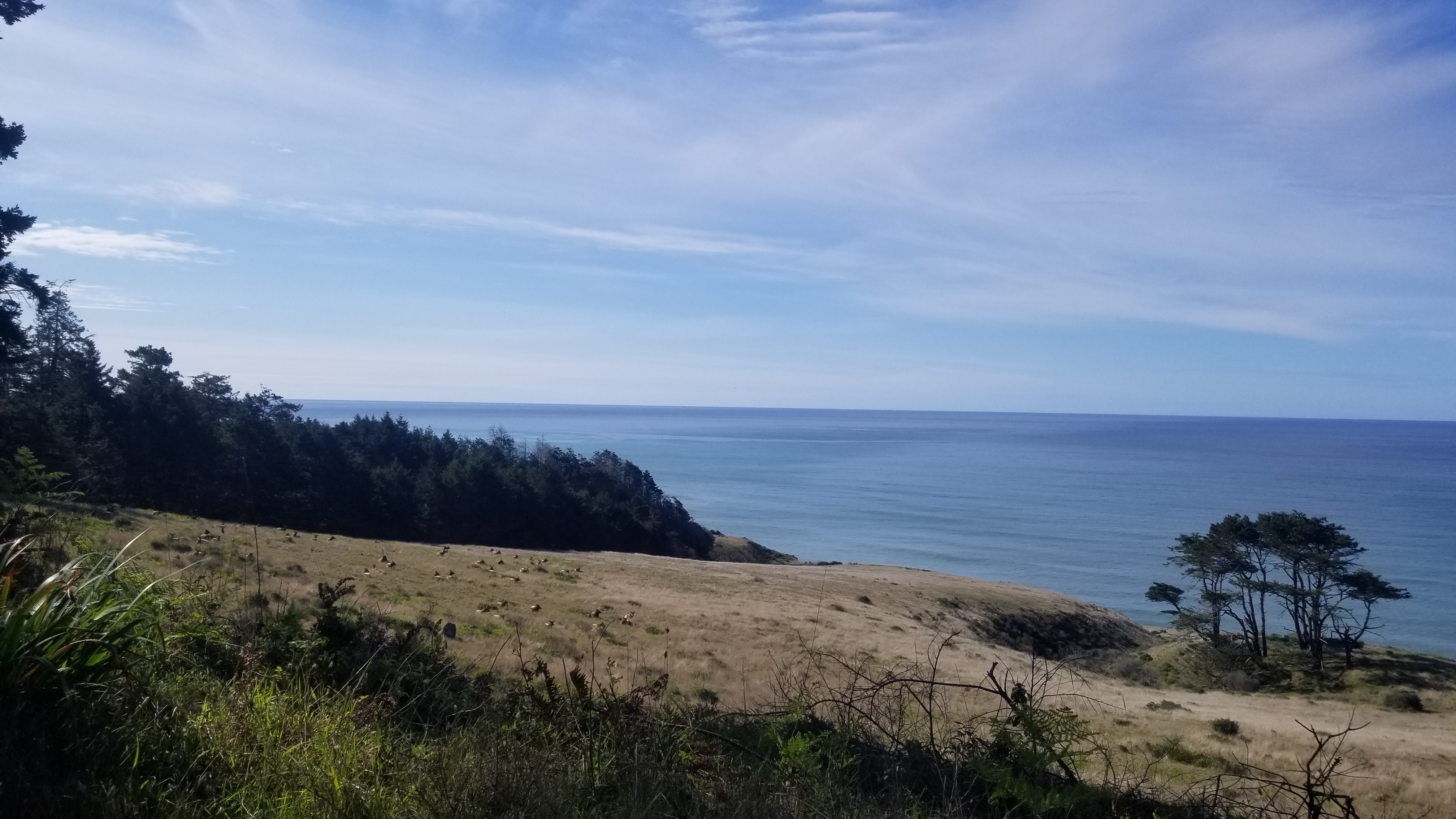 South end of wilderness - (Usal Beach): Approximately one hour north of Ft Bragg on Highway 1 or 15 miles west of Leggett on Highway 1 from Highway 101. Look for mile marker 90.88 on Highway 1. Turn north for approximately 6 miles onto unpaved, steep, narrow road.

ROADS MAY BE IMPASSABLE IN WET WEATHER. RVs & TRAILERS NOT RECOMMENDED.

Sinkyone Wilderness State Park
Sinkyone Wilderness State Park occupies a very distinguished geologic location near the junction of three of the major plates that make up the earth’s crust. These three tectonic plates (the Pacific, North American, and Gorda plates) are bounded by major faults, including the San Andreas Fault just offshore of the park and the Mendocino fracture zone and Cascadia “mega-thrust” (a subduction zone) offshore and north of the park.