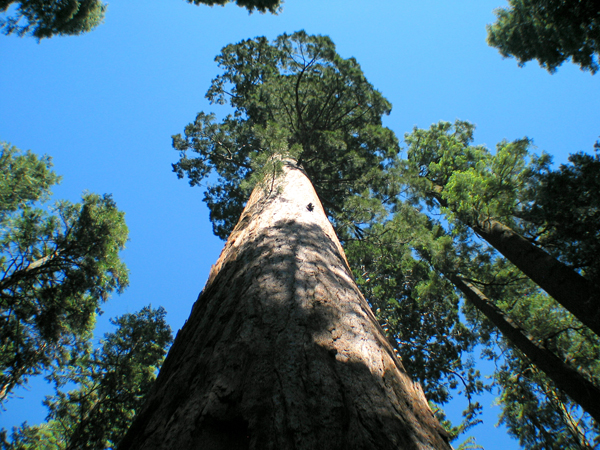 in the North and South Groves of the park and offers year-round recreation. Within the park you will find campgrounds, hiking trails, a Visitor Center, Warming Hut, and opportunities for many types of outdoor recreation. Park staff and Docents offer educational programs that will enhance your understanding and enjoyment of this special place. Explore the website for more details about all that is available and plan your visit to explore the park!

The colossal trees stand in quiet testimony to prehistoric times. These massive relics, which can reach a height of 325 feet and a diameter of 33 feet, descended from trees that were standing when dinosaurs roamed Earth and birds, mammals, and flowering plants began to appear. Some of today’s trees are thought to be as old as 2,000 years.

Though some native groups saw the trees as sacred and untouchable, the Miwok respected them and made careful use of them. These skilled fishermen, trappers, and hunters built their seasonal villages alongside the flourishing rivers of the Sierra Nevada foothills. Their way of life was rich in ceremony and social activity, including the important harvesting and grinding of the fall acorn crop. Today, approximately 3,500 Miwok descendants live in the area.

In the spring of 1852, Augustus T. Dowd was tracking a wounded grizzly bear through unfamiliar territory when he came upon a forest of enormous trees. The giant sequoia that first caught his attention was the largest in what is now the North Grove. At first, Dowd’s description of what he had seen was considered a “tall tale” until he led a group of men to the grove. Word of the giant sequoias spread rapidly. Newspapers picked up the story, bringing curious visitors and entrepreneurs eager to make their fortunes from naive spectators. 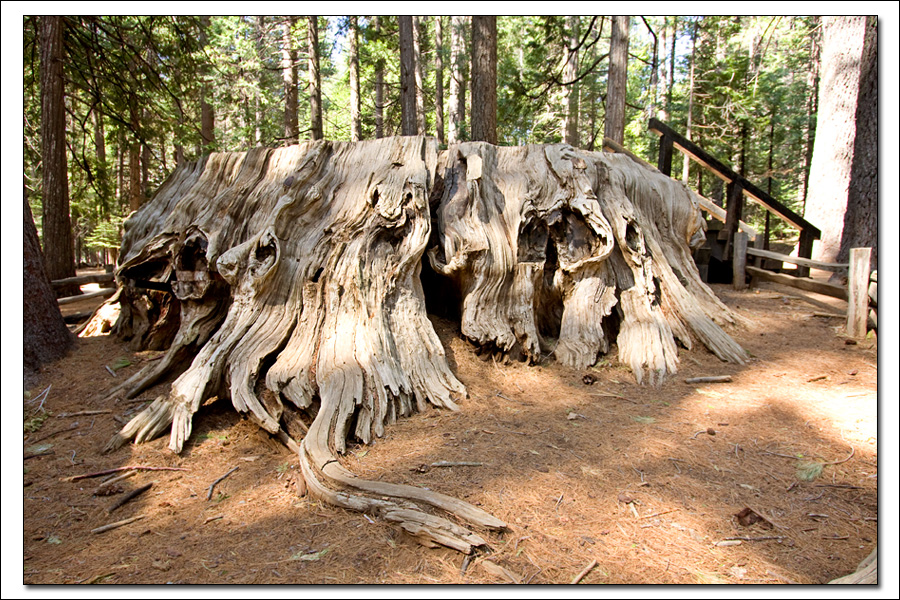 The Discovery Tree that had earlier stopped Dowd in his tracks was the first casualty in the rush to exploit the giant sequoias. It took five men 22 days to cut it down. Sections of bark and a portion of its trunk were shipped to San Francisco to be placed on display. Later it was sent around Cape Horn to New York City, where it was considered a “humbug” by many skeptics. The financially unsuccessful showing closed, and while the tree’s artifacts were awaiting shipment to Paris, a fire destroyed the entire exhibit. The Discovery Tree’s stump remains in the North Grove. Further depredations continued in the North Grove. A magnificent tree named the “Mother of the Forest” was stripped of nearly 60 tons of its bark to a height of 116 feet. The bark was sent to the East Coast and abroad for exhibition. In 1861 the Mammoth Grove Hotel was built in the North Grove. The resort hotel operated until 1943, when it was destroyed by a fire.


Save the Redwoods League has helped permanently protect more than 150,000 acres in 37 of California State Parks redwood parks. Find out more at SaveTheRedwoods.org.