On October 9, 2013, the California Department of Parks and Recreation (DPR) temporarily closed Nightmare Gulch to vehicles due to public safety issues and to protect natural and cultural resources.

The closure was based on assessments conducted by department staff, including staff from the Off-Highway Motor Vehicle Recreation Division, which showed this primitive route poses a significant public safety hazard and negative impacts to natural and cultural resources. A large summer storm from 2013 washed out several large sections of the route, causing extreme drop offs and dangerous conditions, making the route impassable to the majority of vehicles traveling through Nightmare Gulch.

As stewards of California’s most valued natural and cultural resources, the DPR has the responsibility to ensure that the public’s route travel is safe and clearly defined within the state park, while also protecting the natural and cultural resources of the park. Based on the assessments and confidential documentation (including documents related to archaeological sites or records of Native American places and features), the department prohibited motorized recreation in this area because it would result in additional negative impacts, as well as a potential public safety risk to park visitors and department employees.

Below you will find links to maps providing an overview of sensitive resource locations within Nightmare Gulch. You will also find additional documentation and photos showing areas of geological instability.

Thank you for your patience and for helping us fulfill our mission -  To provide for the health, inspiration and education of the people of California by helping to preserve the state's extraordinary biological diversity, protecting its most valued natural and cultural resources, and creating opportunities for high-quality outdoor recreation 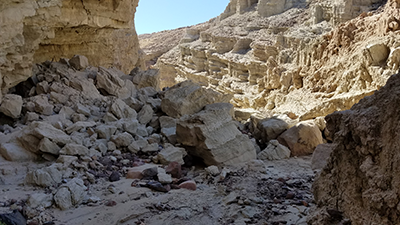 Suggestions or concerns from the public on this closure can be submitted to NightmareGulch@parks.ca.gov. The DPR will review your suggestions and concerns, and respond accordingly.

The department recognizes the importance of recreation within Red Rock Canyon State Park. We worked diligently for the last several years in improving vehicle access throughout the park that has resulted in not only enhanced connectivity within the park, but also allows expanded access to other public lands. For example, the newly designed Cudahy Scenic Bypass Route allows recreational users the opportunity to enjoy the unique views of the Red Buttes Mountains and provides access to lands east of the park. Staff has also recently developed a road maintenance program that provides the park district with the necessary tools to maintain and correct issues that could affect the overall primitive road network and recreational use within the park.

Red Rock Canyon State Park features scenic desert cliffs, buttes and spectacular rock formations. The park is located where the southernmost tip of the Sierra Nevada converge with the El Paso Range. Each tributary canyon is unique, with dramatic shapes and vivid colors. 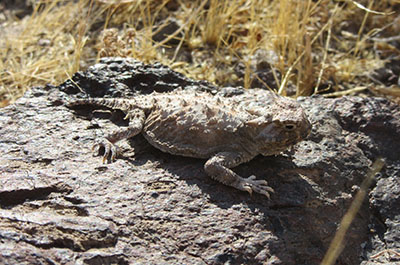 Historically, the area was once home to the Kawaiisu Indians, who left petroglyphs in the El Paso Mountains and other evidence of their inhabitation. The spectacular gash situated at the western edge of the El Paso mountain range was on the Native American trade route for thousands of years. During the early 1870s, the colorful rock formations in the park served as landmarks for 20-mule team freight wagons that stopped for water. About 1850, it was used by the footsore survivors of the famous Death Valley trek including members of the Arcane and Bennett families along with some of the Illinois Jayhawkers. The park now protects significant paleontology sites,  the remains of 1890s-era mining operations, and has been the site for a number of movies.

After wet winters, the park's floral displays are stunning. The beauty of the desert, combined with the geologic features make this park a camper's favorite destination. Wildlife you may encounter includes roadrunners, hawks, lizards, mice and squirrels.