PYGMY FOREST
The land on which the pygmy forest now grows was once under the Pacific Ocean. Geologic uplift and changes in the sea level exposed the land and created a series of five terraces, each about one hundred feet higher and one hundred thousand to two hundred thousand years older than the one below. The flat terrain restricts drainage and allows rain to leach most of the basic nutrients away, soil that is 1,000 times more acidic than soil found in the redwood forest. Heavy winter rains have leached iron and other soil nutrients from the surface of the ground and washed them down to the subsoil. The iron, soluble under acidic conditions, combines with eroding bedrock to form an iron-textured hardpan 18 inches below the surface of the ground. Extremely acidic conditions and poor soil fertility, coupled with shallow hardpan formation, contribute to the stunted, sparse growth of the pygmy forest. Some species you’ll see in the pygmy forest include

Bolander pine (Pinus contorta ssp. bolanderi)
Unique to the pygmy forest, the Bolander pine is a close relative of the beach pine that grows along the coast and the lodgepole pine in the Sierra Nevada. Pygmy cypress and Bolander pine often grow in thickets of small cane-like trees that are biologically mature and bear fertile cones.

Pygmy cypress, Mendocino cypress (Cupressus goveniana ssp. pigmaea)
Found only on coastal terraces between Fort Bragg and Anchor Bay. When not in poor soil, a tree can grow over a hundred feet tall; here a tree with a trunk diameter of one quarter inch, standing only a foot or two high, may have as many as eighty growth rings. Some of these trees are undoubtedly more than a century old. 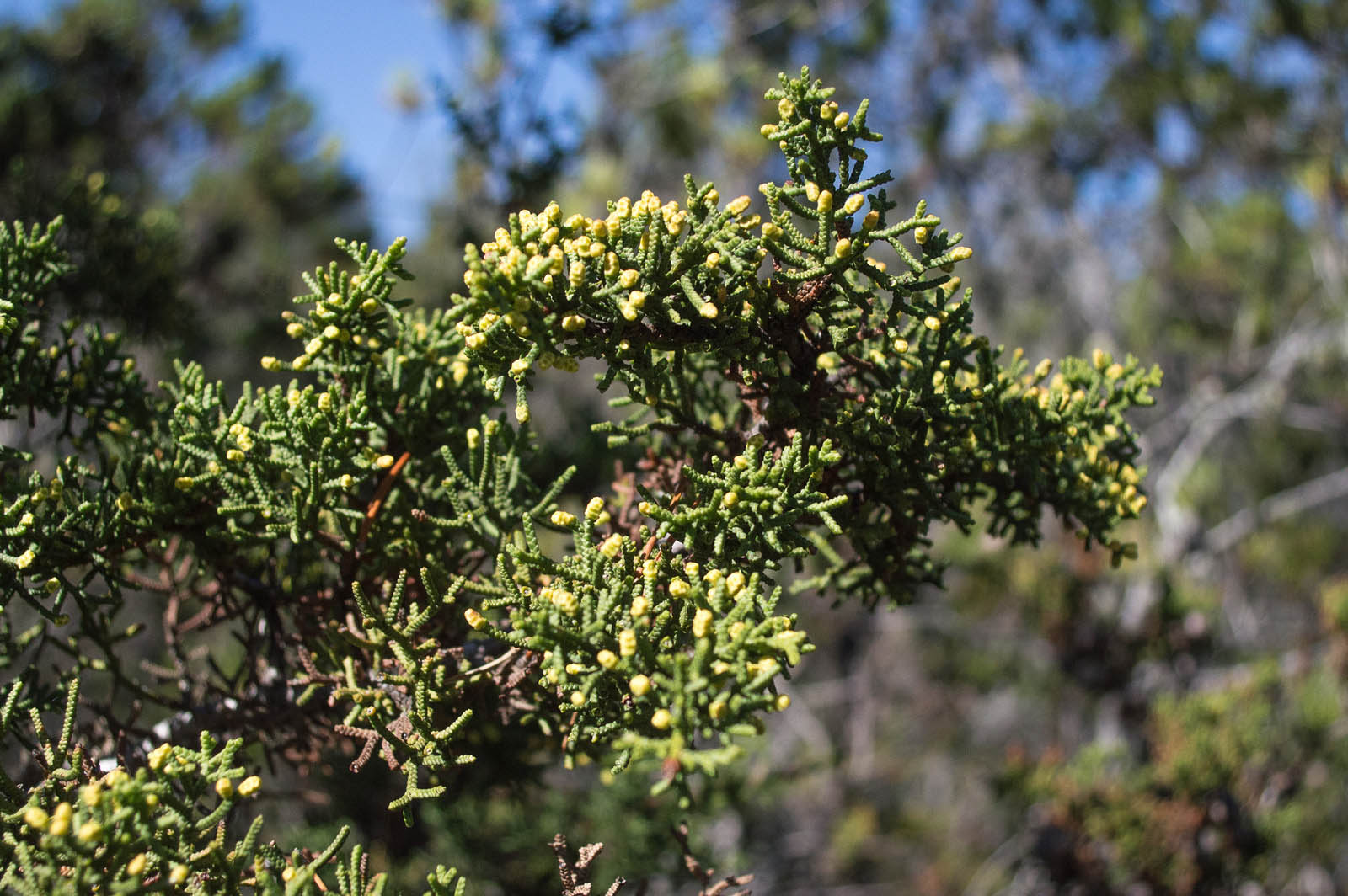 Bishop pine, bull pine (Pinus muricata)
A taller tree that often borders and frequently grows within the pygmy forest, the Bishop pine has a larger cone and much longer grayish needles than the greener-hued Bolander pine. Both pines retain their cones for many years; some cones remain closed until a fire opens them to spread the seeds that start a new forest.

California rhododendron or California rose bay (Rhododendron macrophyllum)
Dwarfed in the pygmy forest, this species is five times taller in the neighboring redwood forest. But it is less dwarfed than the other plants because it thrives in acid soils. In spring, its pinkish-red blossoms dominate the landscape with spectacular displays.

SALMON
The annual migration of wild Coho (or silver) salmon from stream to sea and back again is a massive surge of energy and nutrients that weaves the land and the ocean into one vital web. These salmon enter the sea as small fish, tiny sparks of life, and return to Little River large, strong and sleek.
Here they spawn, renewing their population before they die. Their decaying bodies, made up of nutrients absorbed during the years at sea, now feed millions of stream and forest creatures, including the very small trees that shaded them when they were young.
The salmon that spawn in Little River are unique because they have adapted to the particular chemistry, temperature, geology, plant and animal life of the Little River. Unlike most of the coastal streams in northern California, no hatchery-raised fish have ever been introduced here.

CLIMATE CHANGE
In a time of climate change, redwoods are an asset. Their size and longevity help them store more climate-altering carbon dioxide than other plants. Even old redwoods continue to grow, each year adding more carbon-filled wood than smaller, younger trees. After redwoods die, their rot-resistant wood keeps that carbon out of the atmosphere for a long time.
Could redwoods be harmed by climate change? Well, they don’t seem to be suffering so far. But scientists say that increasing temperatures, along with decreasing summer fog, could pose a threat in the decades to come. To find out more about the effects of climate change in California’s redwood parks, go to this Save the Redwoods League web page.