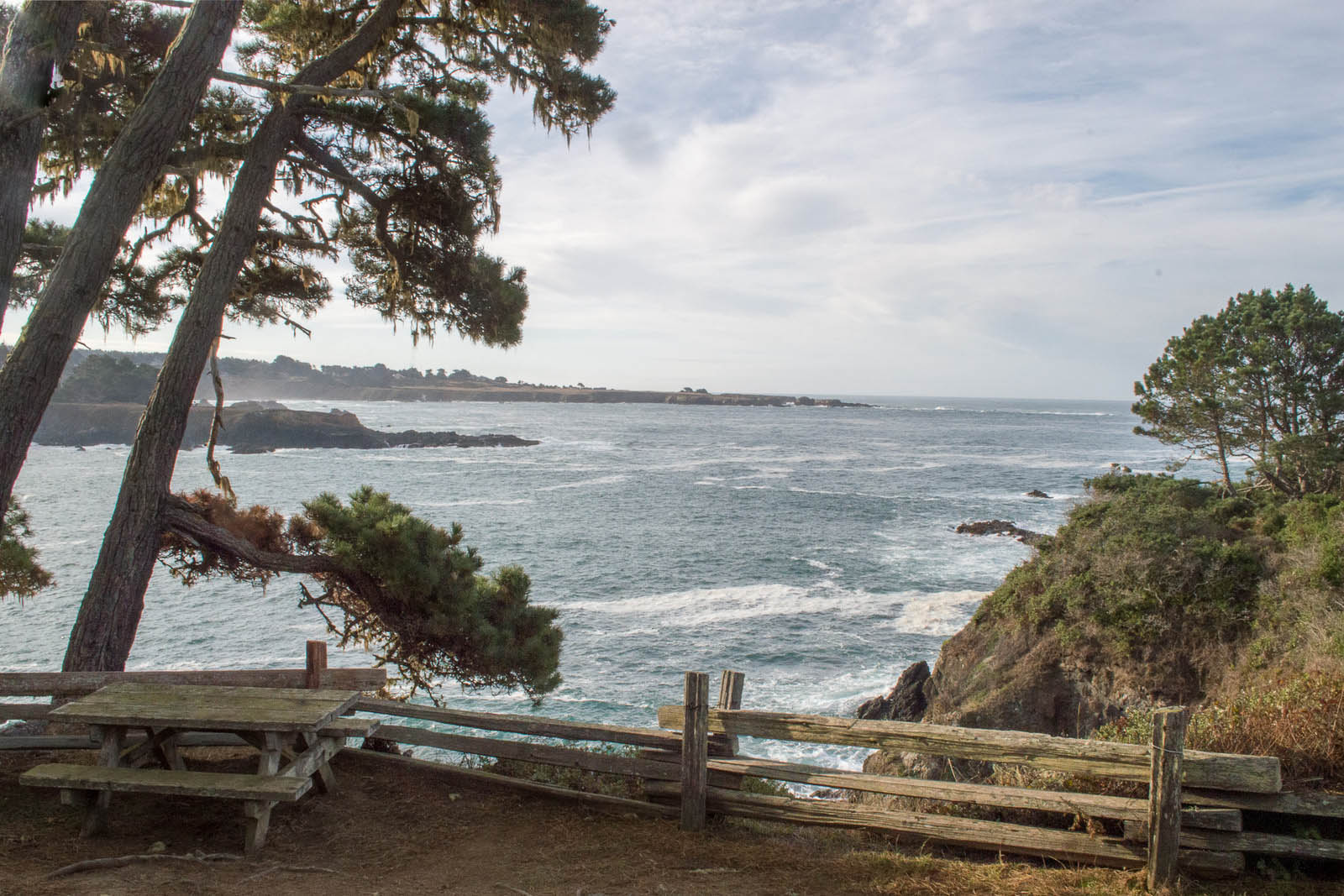 WILDLIFE
Sea lions may sun themselves on the beach, and migrating gray whales can be spotted off the Mendocino Coast from mid-December to early April. Plentiful and varied bird life includes black oystercatchers foraging on the rocks while gulls, ospreys, and great blue herons look for coho salmon and steelhead trout. Nature-lovers might hear the rat-a-tat of hairy woodpeckers punctuating the silence of the quiet woods. Other bird species include California quail, Stellar's jays, and red-tailed hawks. Mammals include raccoons, rabbits, and deer. 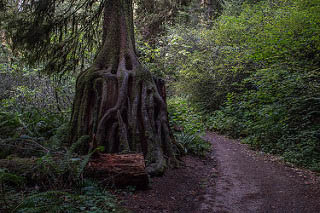 Reaching heights of over 350 feet, coast redwoods are the tallest trees in the world. They have a limited distribution, occurring only along the coast, between southern Oregon and central California where summer fog and moderate temperatures prevail. The bark is thick, red, fibrous, and fire resistant. Needles fall to the ground in branchlets instead of singly, as in other conifers. The heartwood is red, and the sapwood is pink. The small oval cone is about an inch in diameter. Its scales touch (like a soccer ball’s pieces) instead of overlapping like in the cones of pines, firs, and spruces. The heartwood, especially in old growth, is rot resistant.

Redwoods grow a short distance away from the salt-laden breezes of the ocean on slopes, flood plains, and level sea-cut terraces. They create their own environment. Their needles collect moisture from summer fog. Tall groves, especially of old-growth trees, create deep shade. Some birds, insects, mammals and amphibians live high in the canopy where they can find the most light and food. Certain lichens found in the canopy fix nitrogen (convert unusable N2 to usable N3 molecules) that is essential for the plants and animals of the redwood forest.

On the canyon's higher slopes, Bishop pine and Mendocino cypress grow. Unlike most conifers, Bishop pine (Pinus muricata) does not open its cones and distribute its seeds when they are mature. Instead, it releases its seeds only when its cones are exposed to intense heat. This adaptation to fire discharges seeds into a bed of fertile ash. Bishop pine grows to less than a hundred feet tall and lives only up to about 80 years. It has deeply furrowed bark and two needles to a bundle.

The “riparian” trees and shrubs that grow along the creek include red alder (Alnus rubra) and bigleaf maple (Acer macrophyllum). These plants require more moisture than plants growing farther from water, providing shade for the waterway in spring and summer. Because most of them lose their leaves in the fall, they let in light and warmth in winter.

Could redwoods be harmed by climate change? They don’t seem to be suffering so far. However, scientists say that increasing temperatures, along with decreasing summer fog, could pose a threat in the decades to come. To find out more about the effects of climate change in California’s redwood parks, go to this Save the Redwoods League web page.

RESEARCH IN THE PARK
With the help of Save the Redwoods League and other funding partners, Russian Gulch State Park has become a living laboratory for scientists. Some recent findings include William Russell’s work on the resilience of streamside ecosystems after timber cutting. Using study sites at Russian Gulch and Jackson Demonstration State Forest, Russell found that negative effects of logging near streams were lessened in places where 1) forests have been given a long rest from logging, as in the state park, and 2) loggers left wider buffer strips between the waterways and logging.

To find out more about recent research in California's redwood parks, go to this Save the Redwoods League link.