The Sinkyone people lived in what is now Humboldt Redwoods State Park for thousands of years before European contact. The boundaries of Sinkyone lands extended east to the main stem of the Eel River and the river’s South Fork, south beyond today’s town of Leggett, and west to the ocean.

The name Sinkyone was assigned by 20th–century ethnographers to classify separate political groups who spoke the same dialect of the Athabascan language family. Each distinct political group maintained its own geographic area and identity, but all groups formed a larger economy that delivered goods for trade as far as the eastern United States.

This area was likely more densely populated before European incursion than it is now. Today more than 10 percent of the population of Humboldt County are Native American, including many people of Sinkyone descent who live along the North Coast.

Traditional practices passed down through generations of Sinkyone experience created a highly productive environment. Conservation and restoration projects headed by local tribal groups, using time-tested methods, have been instrumental in bringing healing to the landscape.

Beginning in the 1850s, European settlers in the area began to cut large stands of redwood trees to clear the land for pastures and farms. Lumber soon became a vital industry, and forested land increased in value. 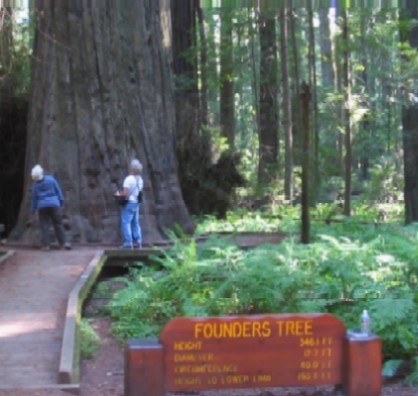 Many people, however, believed that the huge old redwoods were more valuable alive than dead and should be held in perpetual trust. In 1918, Save the Redwoods League was formed to protect these natural wonders.  Thanks to the League and its supporters, more than 200,000 acres of California’s redwood forests have been preserved for future generations of park visitors to enjoy.