There is more to see at Año Nuevo than just elephant seals. 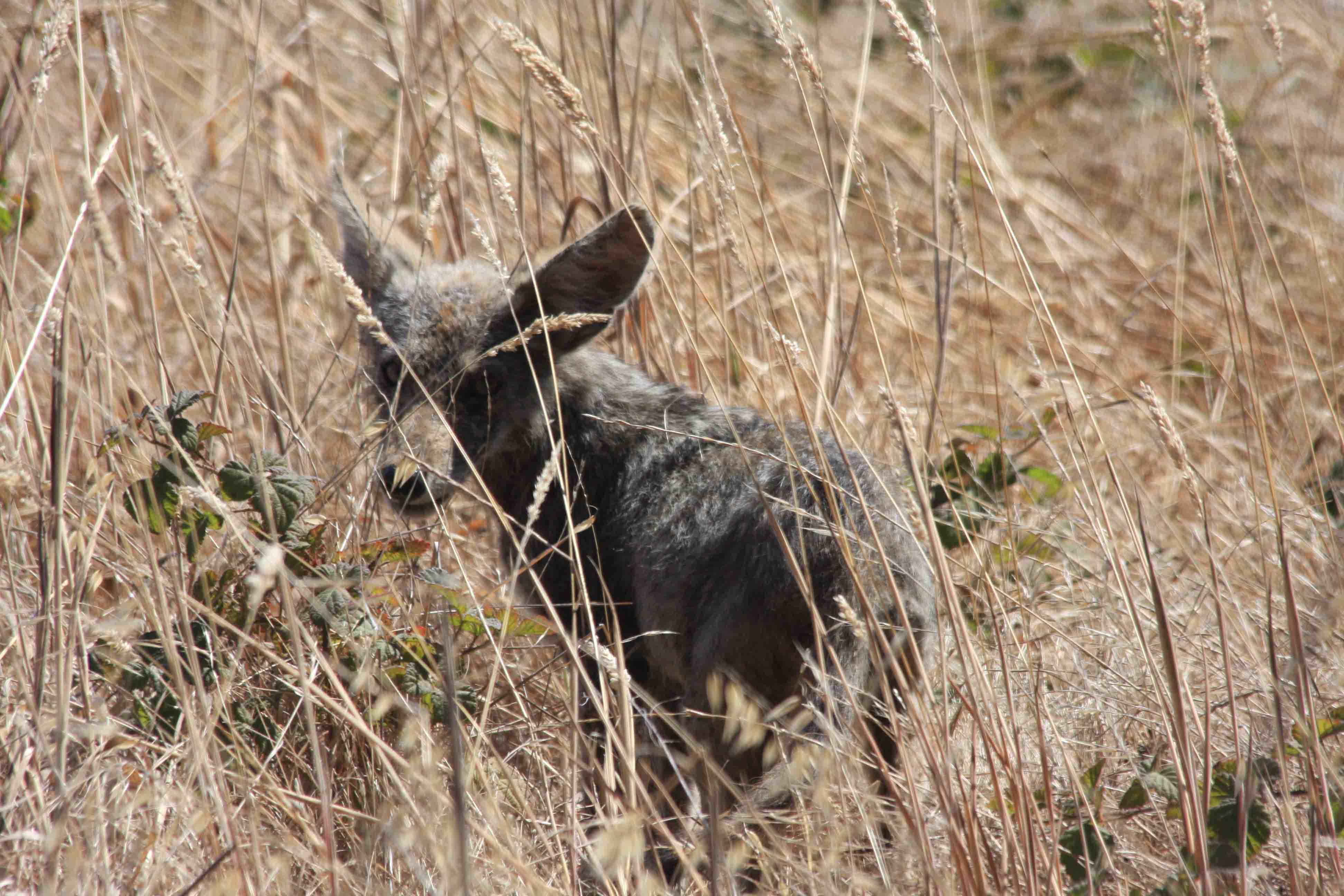 The coastal habitat of Año Nuevo SP is extremely important for wildlife. The marine-land interface of coastal Año Nuevo SP is characterized by long stretches of sandy beaches and dunes, broken by rocky intertidal habitat. Above the beach zone, steep bluffs rise up to the coastal terrace, which is vegetated with coastal scrub. This is a habitat of low to moderate-sized shrubs with aromatic species such as coastal sage scrub. Within the relatively dry coastal scrub and surrounding annual grasslands characteristic of much of the Año Nuevo SP coast, a number of ponds provide contrasting aquatic habitat. Freshwater emergent wetland rings the edges of the ponds, providing dense cover for aquatic wildlife. Among the most productive habitats in California, wetlands provide food, cover, and water for more than 160 species of birds, and numerous mammals, reptiles, and amphibians. Additionally, five creeks running through the Año Nuevo SP from the coast to the ocean contain riparian habitat, an extremely important wildlife habitat type. Small patches of closed-cone pine-cypress are also present, providing arboreal cover for wildlife.

Only a half mile off the point of Año Nuevo, Año Nuevo Island is a sanctuary for marine mammals and seabirds. Photographs of the island from the 1800s to the 1960s show that most of the island surface was grassland. The relatively recent loss of vegetation on the island is the result of a combination of erosion, the increase in sea lion activity, and the increase in roosting pelicans and gulls. The central marine terrace is home to a nesting colony of rhinoceros auklets, an unusual seabird that nests in burrows. Though the rhinoceros auklet once was widespread, Año Nuevo Island is now one of only three main colonies of this species in California. In recent years, researchers have implemented habitat restoration projects on the island in an attempt to establish native vegetation, such as saltgrass, in some of the barren areas. Año Nuevo Island’s beaches also provide important resting and breeding areas for a variety of other marine birds and mammals.

In the Santa Cruz Mountains past and ongoing land use practices, especially logging, have created a mosaic of wildlife habitats: pristine native habitats, habitats in various stages of succession, and other lands that provide little or no wildlife habitat value, such as areas converted for agriculture, road development, and home sites/businesses. The once pristine and fairly extensive redwood forest habitat has undergone the most change from pre-Euroamerican conditions. The varied habitats represented in Año Nuevo SP, combined with the strategic connection at locations along its boundary with Big Basin Redwoods SP, Butano SP, and other public open-space lands, make this park very important for wildlife. The park’s connectivity to other California State Park units, including the extensive system of regional and county parks, provides important movement corridors for wildlife between the San Mateo coast and native habitat areas within the Santa Cruz Mountains bioregion.

The lower elevations of Año Nuevo SP’s inland areas are predominantly coastal scrub and annual grassland, with patches of coastal oak woodland. The coastal oak woodland found in Año Nuevo SP offers wildlife dense evergreen tree cover and an abundance of food sources, in particular acorns. Acorns are critical for many native wildlife species in fall and early winter, when many other plants are finished seeding for the year. Moving up into the more protected canyons, redwood and Douglas-fir forests become the dominant habitat types. A variety of wildlife species that depend on these forested habitats can be found in the redwood and Douglas-fir forests. At a few locations on the higher ridges of the park, closed-cone pine-cypress habitat can be found. Flowing down the canyons and through the forest, a number of creeks pass through the park on their way to the ocean, providing riverine and montane riparian habitat for wildlife. These stream corridors provide important movement corridors for animals, as well as critical food and water.

For a current listing of wildlife at Año Nuevo State Park visit iNaturlist for a list of species guides.

A bird list for Año Nuevo State Park is also available via eBird. This bird list is a bit more extensive than the iNaturalist, such as information frequency of sightings per month.