The Notice of Availability and Draft Environmental Impact Report (EIR) for the Proposed Project are now available for viewing and download. Find the Notice of Availability along the right hand margin of this webpage. The Draft EIR and its appendices may be found using the weblinks below. The Draft EIR public comment period begins Wednesday February 11, 2015 and shall conclude Monday March 30, 2015.
Your views, comments and questions are welcomed including concerns with environmental impacts of the Proposed Project’s implementation. All comments received during the public review period shall be considered, responded to and included with the Final EIR.
Comments should be directed to:

Printed copies are available for viewing (not copying or borrowing) at the following locations:

A range of potential alternatives was presented to acquire input regarding the Immediate Public Use of the former Caltrans Office site. Simulated views of the site from two vantage points after the demolition and development of the site may be viewed via links at the end of this update. Additionally, plan views of the three alternatives presented may be viewed below.

Comparison of the facilities and environmental impact anticipated for each alternative may be viewed below.  Oral and written comments obtained from the public meeting are also available for review below.

The following graphic provides an overview of the project development process including opportunities for additional public input as well as an estimated schedule.
Process and Timeline Diagram

Future opportunity for public review shall occur with the release of the Draft Environmental Impact Report, anticipated for release in December 2014.

Questions or comments may be e-mailed or addressed to the environmental coordinator found in the right-hand margin.

The public meeting shall show conceptual designs for the site’s future use and provide opportunity for written and oral comments. The meeting shall also provide a brief history of the site and planning that has occurred thus far.

The California Department of Parks and Recreation (CDPR) has completed preliminary planning and design for the proposed project and would like your input in regards to the alternatives that have been prepared. Your input shall assist in determining how the project is implemented. CDPR is interested in your opinions regarding the proposed alternatives as well as support of any of the alternatives that shall be presented. The project shall meet the definition of a Historic Unit (PRC 5019.59), while providing Immediate Public Use (IPU). IPU shall provide for interpretation, circulation, landscaping and parking to allow for immediate visitor use.

As required by CEQA, a range of alternatives have been prepared that “feasibly attain most of the basic objectives of the project but would avoid or substantially lessen any of the significant effects of the project…”

CDPR is striving to meet the goal of providing public access as well as restoring the historical landscape of the site to be compatible with the adjacent National Register District. Removal of the Complex would provide an unimpeded view and improved entrance into OTSDHP from Taylor Street.

SUMMARY
This project would abate, demolish and remove the former Caltrans office buildings located at the southwest corner of Juan and Taylor Streets, adjacent to Old Town San Diego State Historic Park. Also, part of this project is the immediate public use (IPU) which would require preliminary archeological investigations, resource protection and site work to establish parking, pedestrian circulation, landscaping, and interpretive elements.

The Caltrans office buildings are two-story structures with a penthouse level, a basement area, and a small walled-in parking area and courtyard. The buildings were constructed from 1951 through 1964, and sit on an approximately 2.4 acre site. Being built in the 1950’s and early 1960’s, the buildings are known to contain hazardous materials including asbestos and lead paint. These contaminated materials will need to be abated, removed and transported to designated and approved landfill.

Old Town San Diego SHP is located at the site of the first Spanish Colonial settlement in Alta California, and interprets the initial civilian settlement that evolved from those pioneering institutions into today’s modern City of San Diego. The Park focuses its interpretive era on the period of 1820 to 1872 when the small community was the center of regional activity and development. This is accomplished through preserved original structures and sites, and historically significant reconstructed sites, buildings, and landscapes, along with early twentieth century buildings designed in historic character and a variety of interpretive programs.

PROPOSED WORK
This project would abate, demolish and remove the former Caltrans office buildings located at the southwest corner of Juan and Taylor Streets in Old Town San Diego SHP. The project would construct immediate public use (IPU) facilities on the site to allow visitor access to and use of the site. In particular, the project will:

• Construct immediate public use (IPU) facilities to allow public use and access to the site. Visitor serving elements in this project include parking, landscaping, interpretive components, and an enhanced
pedestrian circulation system.

The project is adjacent to the Old Town San Diego National Register of Historic Places District within OTSDSHP.  Due to the cultural sensitivity of the site, the project shall include archeological
investigations to identify and mitigate any impacts to existing subsurface cultural resources. This will allow for enhanced resource preservation and interpretation of historically significant cultural resources.

The project will incorporate sustainable technology and materials such as permeable parking surfaces to allow water percolation and drought tolerant plants. Plantings will be reflective of the historic vegetation that once occupied this early settlement and riverfront location during the historic period.

This project can further restore the historical cultural landscape of Old Town San Diego SHP by removing the former Caltrans buildings. This would fulfill one of the park’s General Plan goals to remove non-compatible modern era structures and re-create the 19th Century landscape.

ACCESSIBILITY
The design and construction of the IPU facilities will comply with the requirements of the Americans with Disabilities Act, the California Building Code, as well as the Access to Parks Guidelines. 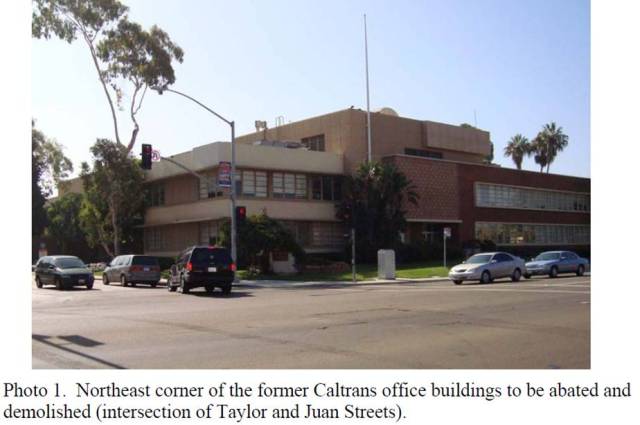 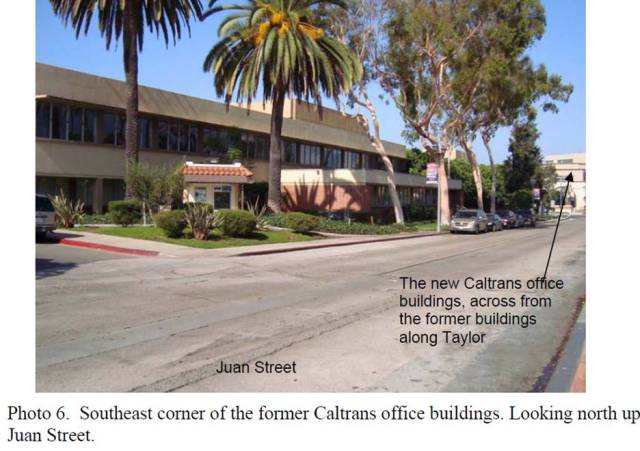