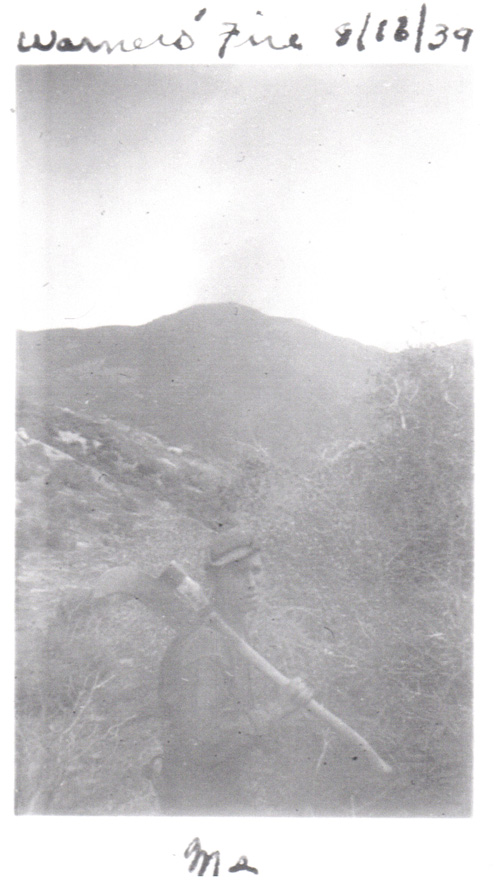 The Civilian Conservation Corps companies were assigned to many types of conservation work, for many different government agencies. But whether their focus was soil conservation, forestry, agriculture, or park development, all the camps had one important job in common: firefighting. No matter what work they were doing, the CCC boys had to be ready to drop their tools and rush to the trucks when called to fight a fire. In summer and fall, fighting fires was the main job. It was a rough, dangerous, exhausting, dirty job, too. Poison oak was a constant annoyance in southern California, men were sometimes injured, and the threat of death was real. According to Corps chronicler John A. Salmond, forty-two CCC enrollees nationwide were killed fighting fires.

In the most tragic incident in CCC firefighting history, the Blackwater Fire in Wyoming, nine enrollees and five men who worked with them lost their lives. Given the large number of fires the CCC fought, it is a testament to the organization and dedication of the commanders and enrollees that there were not more fatalities.


Most of the firefighting work was done by hand, with tools such as the brush hook held by the Cuyamaca enrollee in this photo. (For a first-hand account of CCC firefighting in the San Diego area mountains in September 1938, written by then-junior commander Edward Jones, click here.)

With fire danger in the southern California mountains so high due to the major drought of 1928 to 1937, the men sometimes had few breaks between fires. The following is from the Los Angeles CCC District News-Courier dated  October 15, 1936:

"Fighting fires has gotten to be a regular habit with the Cuyamaca Rancho smoke chasers. On the evening of August 11 the suppression crews were called out on a heavy date with the red tide at Warner Hot Springs. On the 17th, 42 more men were added to the fighters already on the lines.

"While the men were away on the blaze lightning struck in back of camp and it was necessary to call the men off the work projects to extinguish it.

"On returning from the Hot Springs fire the men had just begun to relax when another call came through calling the fire crews out to San Felipe on the morning of the 18th.

"After two days of rest the men were again summoned to do battle with the red demon at Grapevine Canyon. On the 21st the fire-weary crews once more set out to swing shovel and axe on the line at Ramona. On the 24th, 52 men headed in the direction of San Diego Valley for another encounter and then followed another fight at Dehesa, where the efforts of the fire crews saved 75 tourist cabins from being destroyed.”

The 1937 fire season  was also a busy one for the boys of Cuyamaca Rancho. They fought  38 fires, three of which were major incidents. The following account is from the 1938 CCC Southern California District CCC Annual section on Camp Cuyamaca:

"The boys have had valuable fire-fighting experience. In the Bouquet Canyon fire, July 1937, we had 53 men out for 60 hours; the Volcan Mountain fire, July, 1937, 110 men out for approximately one week; the San Miguel fire, September, 1937, 63 men out for 48 hours. There were 35 other fires of lesser degree in which prompt and efficient action undoubtedly saved a very 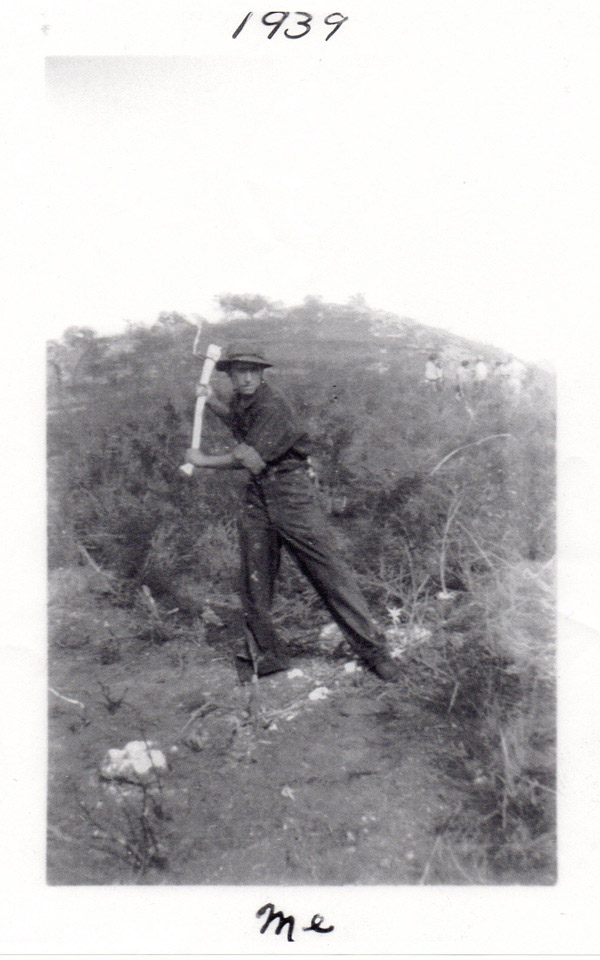 Fire suppression was not the only firefighting work done by the southern California mountain camps. Everyday work  also included fire prevention measures such as building firebreaks and fire roads, thinning trees and cutting brush. It is frightening to imagine how bad the fires in the mountains in these drought years would have been, if the well-trained boys of the CCC had not been there at the ready. 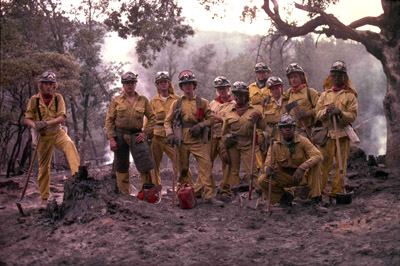 The CCC still fights fires all over the state—the modern California Conservation Corps.

Established in 1976, the  California Conservation Corps hires young men and women between 18 and 25 for a year of environmental work and emergency response.  Like the Great Depression Cs, firefighting is one of the major duties of the modern CCC. The California Conservation Corps has responded to nearly every major wildfire in California since the program was established, and also helps with forest rehabilitation efforts when the fires are out.