Just north of San Francisco's Golden Gate is Mount Tamalpais State Park.  It has redwood groves and oak woodlands with a spectacular view from its 2,571-foot peak. On a clear day, visitors can see the Farallon Islands 25 miles out to sea, the Marin County hills, San Francisco and the bay, hills and cities of the East Bay, and Mount Diablo. Coastal Miwok Indians lived in the area for thousands of years before Europeans arrived. In 1770, explorers named the mountain La Sierra de Nuestro Padre de San Francisco, which was later changed to the Miwok word "Tamalpais."

People began visiting and enjoying the natural beauty of Mount Tamalpais as early as the 1850s.  The CCC expanded the recreational opportunities of park visitors with new trails, camping facilities, and the monumental amphitheater.  Except for the winter of 1938, veteran companies occupied the CCC camp from April 1934 through April 1940.

The Mountain Theatre (a.k.a. The Cushing Memorial Theatre) was built in a natural amphitheater by the Civilian Conservation Corps in the 1930s. The stone seating accommodates 4,000 people and is the site of the “Mountain Play” event each spring. 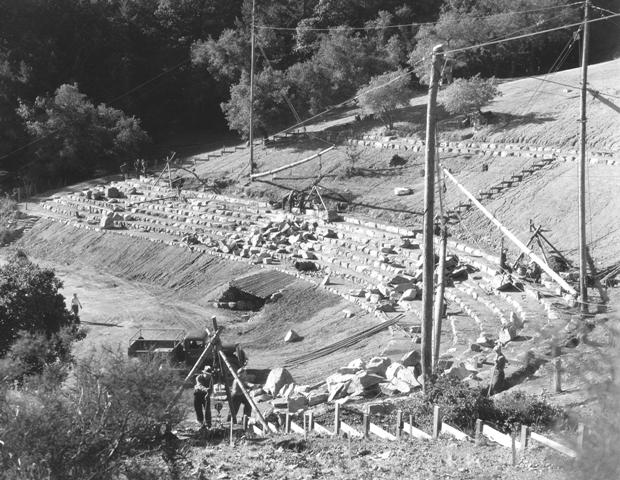 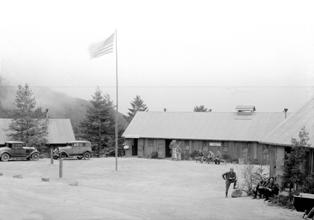 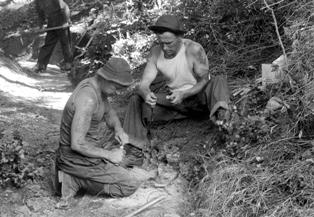 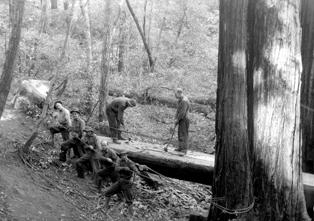