Public Relations Society of America: 2006 Prism Award for Welcome Back to the Ranch 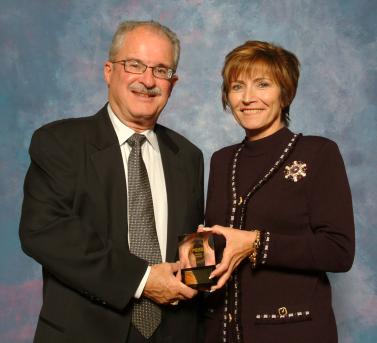 The Public Relations Society of America: 2006 Prism Award in the category of Non-Profit, One Day Special Event, Budget Less than $25,000, goes to “Welcome Back to the Ranch, a Legacy Restored at Will Rogers State Historic Park.”  The Prism Award is Los Angeles’ top public relations prize---awarded October 18, 2006 at the annual awards program held at the Hollywood Renaissance Hotel.

More than 300 entries in multiple categories were submitted to the peer review judges for recognition.  The PRSA Phoenix chapter judged the Los Angeles entries and the “Welcome Back to the Ranch” event received 92.5 points out of a possible 100.

This award recognizes the tremendous teamwork demonstrated by California State Parks, the Will Rogers Ranch Foundation and the Killeen Furtney Group.  Without that seamless collaboration, this award would not have been possible.

Governor Arnold Schwarzenegger and Ruth Coleman, California State Parks Director, were joined by Will Rogers’ grandchildren and great-grandchildren, as well as more than 2,000 people at the “Welcome Back to the Ranch” event, held March 25, 2006 at Will Rogers State Historic Park in Pacific Palisades.