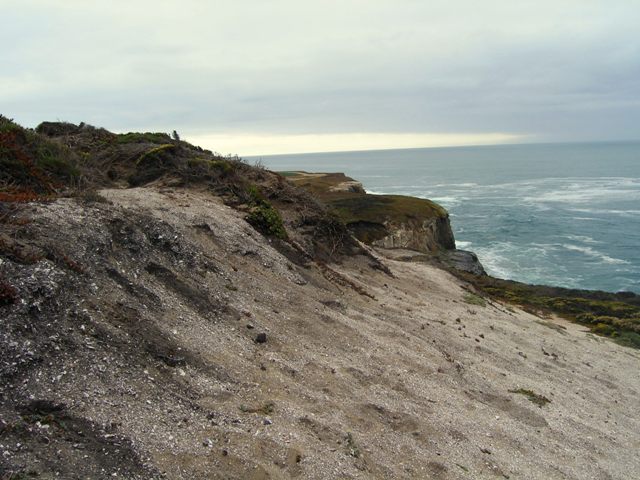 In 2005, the Trust for Public Land (TPL), a national nonprofit land conservation group, along with the California Department of Parks and Recreation, the Department of Conservation, the Coastal Conservancy, Caltrans and the National Oceanic and Atmospheric Administration, acquired the 154-acre Sand Hill Bluff property.

Part of the property will be added to the California State Parks system.

Just off Highway One south of Davenport, Sand Hill Bluff is wedged between Coast Dairies—a vast 7,000-acre property protected by TPL in 1998—and the Wilder Ranch State Park.

Sand Hill Bluff is one of the last links in a chain of acquisitions that adds up to more than 13 miles of coastline and nearly 12,000 acres of land.

The California Department of Parks and Recreation acquired the 90 acres closest to the shoreline to manage for public access and recreation, protection of the coastal resources and the shell midden, and agricultural leasing.

"This is a small site of major historic significance," explained California State Parks Director Ruth Coleman. "Through this unique partnership, we are preserving a beautiful stretch of coastline. But even more importantly, we are protecting a place that is one of the oldest known sites of human occupation and one of the best preserved archeological sites in California, a place that dates back thousands of years. Sand Hill Bluff is a great addition to the state park system."

When Sand Hill Bluff is eventually open to the public, visitors will be able to visit the impressive and ancient archaeological site (CA-SCR-7) left behind by the Ohlone.  The preservation of this area opens the door for research into the past residents of this part of the California coast. According to State Parks Archaeologist Mark Hylkema, Sand Hill Bluff is an outstanding archaeological site, with a history that goes back almost to 5,700 years.

"It's rare. Most of the coastal archeological sites in California have been destroyed," Hylkema explains. "Not only is this one in good shape, there's a lot of it. The Native Americans who lived in the area left traces, including animal bones and human remains. We know that they hunted large numbers of elk, and they herded them up on the coastal terraces there using the cliffs to corral them." (1991, Hylkema) 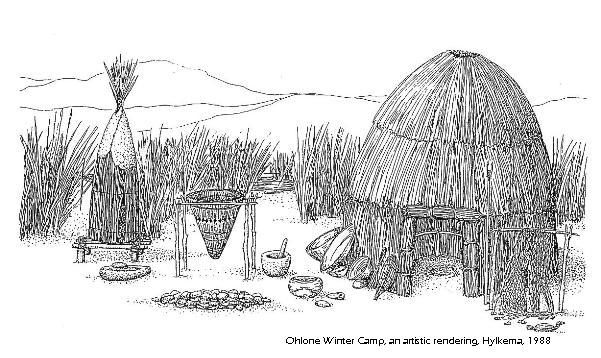 Sand Hill Bluff  (CA-SCR-7) has been of interest to scientists for many years. Initial archaeological investigations were done as early as the 1870’s by  W.E. Saxe whose “Observations on a shellmound at Laguna Creek” (Saxe,1875)  provided important information for contemporary archaeological activities.  Michael Moratto writes of G. V. Morejohn’s work (Morejohn, 1974) in his book California Archaeology:

"Morejohn, a Professor of Biology at San Jose State University made surface collections and excavated several test pits to acquire faunal remains from the dune midden. Unexpectedly, this work produced the largest extant collection of bones of an extinct flightless scoter (Chendytes lawi).  This was a rather odd bird about the size of a Canada goose, but with vestigial wings (the size of a teal’s). Big drumsticks apparently, made this bird attractive to hunters.  Prior to the discoveries at CA-SCR-7, the scoter was thought – based upon the age of fossils found on Santa Rosa Island – to have vanished some 33,000 years ago."

Apart from the scoter bones, constituents of the CA-SCR-7 dune midden include various bird and mammal bones and shells of mussels, barnacles, and, rarely, abalone and rock oyster. Local collectors have found hammerstones, large side-notched and foliate points of chert, and abundant debitage of Monterey chert. Radiocarbon dated items indicate that the dune was first occupied at circa 3,500 B.C. To recapitulate, limited work at CA-SCR-7 has shown that the California Central Coast was inhabited 5,400 years ago and probably much earlier; that the flightless scoter survived until after 3,500 years ago – more recently than previously thought; and that hunting pressure may have hastened the extinction of the scoter. (Moretto, 1984)