Back in the 1920s, Will Rogers used mule teams to grade the ranch and carve out the polo field, roads and building sites.  The first building erected on the ranch was a U-shaped barn, built in late 1925 to house the working mules.  “When we first came out here, the first thing they built was that little barn,” Jim Rogers, son of Will Rogers, said in a 1976 interview.  Historic photos show a board and batten structure with tarpaper roof and courtyard with concrete wash racks.

By 1928, most of the mules had been replaced by Will Rogers' polo and roping horses, and he had a fancy new barn (the historic stables).  According to Jim, one of Will’s horses speeded up the decision to reconfigure the hay barn in 1928.  A horse pulled back and “jerked about half the roof down and then we had to tear part of it down,” he said. The barn became a bunkhouse and two wings were torn down. 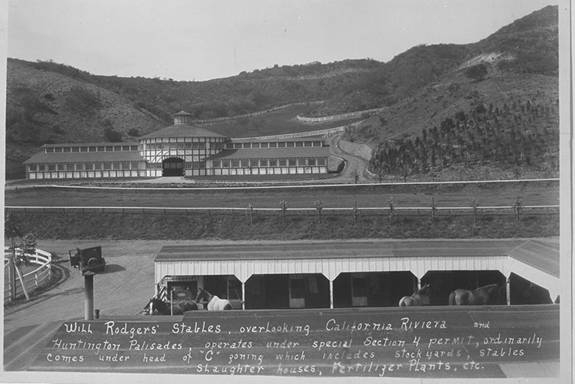 Jim Rogers now had lumber (from the two torn down wings) to build his own stables and enlisted Buddy Sterling, his friend and ranch hand. They “cobbled” together a building that Will Rogers referred to as the “mule barn.”  Jim kept his horses there, but while he was away at school, his father used the barn for other horses. 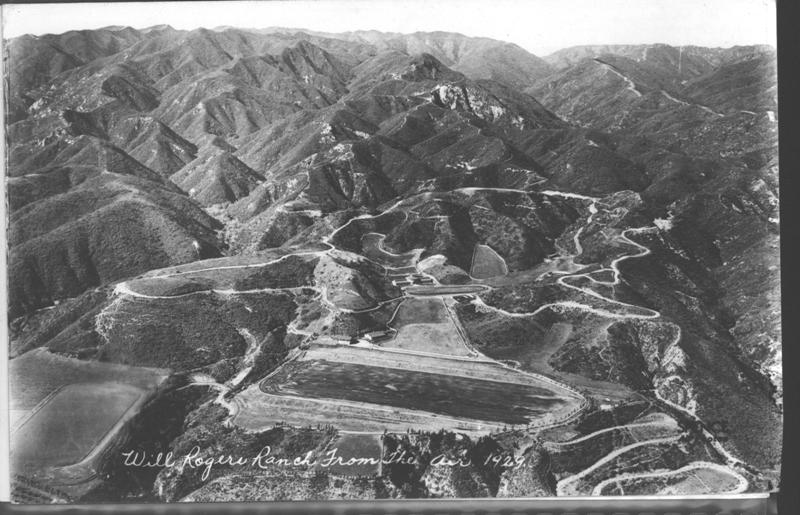 In 1932, when Los Angeles hosted the Olympics, private ranches were used to board horses of international equestrian teams.  The Japanese Olympic team kept their horses at the ranch in “Jim’s Barn.” During the war years, 1941 to 1944, several structures were moved from the property. Sometime between 1942 and June of 1944, when the state of California took title to the property, “Jim’s Barn” was removed.  Although Jim Rogers didn’t remember why the barn disappeared, people in the local community say that a relative of Will’s needed to build a house in Santa Monica Canyon.  During the war years, it was impossible to get lumber for building a house.  Betty, Will’s wife, offered to give or sell Jim’s barn, which was disassembled and rebuilt for the relative’s house.

Being the cowboy-horseman-cattleman of the family, Jim Rogers learned how to twirl a rope, but he was more interested in lassoing cattle than performing.  After a stint as a newsman and motion picture actor, Jim became a successful rancher, eventually retiring to Bakersfield, California.  He was actively involved with the Will Rogers Memorial Commission of Oklahoma overseeing the Will Rogers Memorial Museum in Claremore and the Oologah birthplace.  Jim died on April 28, 2000, at the age of 84, and was laid to rest with his parents in Claremore.

In 2004, the Will Rogers Cooperative Association began to rebuild the Jim Rogers barn to facilitate the return of resident horses to the park.  The barn will serve as a home away from home for horses available to the general public for lessons, Pony Camp, or for weekend trail rides that will soon be starting at the park.  Chuck Rogers, one of Jim Rogers’ two sons, drove the first nail of the barn reconstruction. 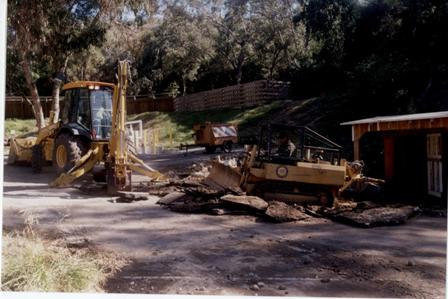 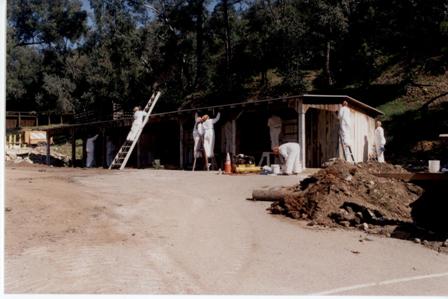 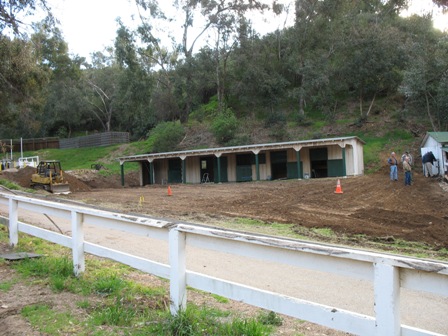 Funded almost entirely by the non-profit Will Rogers Cooperative Association, the barn is dedicated to the Rogers family by the volunteers of the Will Rogers Cooperative Association.  Following the official park rededication on March 25, 2006, the Rogers family invited the public to witness the placement of the cornerstone on the Jim Rogers Barn in a Masonic cornerstone ceremony.  The ceremony was especially poignant because Will and Jim Rogers were members of the Masonic Order. 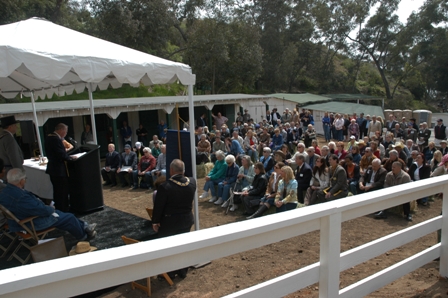 "A man that don’t love a horse, there is something the matter with him" was engraved on the cornerstone marker, originally written by Will Rogers in his newspaper column on August 17, 1924.  Behind the plaque is a time capsule with images of the historic barn, images from the reconstruction, and other mementos of the event.  Also included in the time capsule was a small piece of the corner post from the original barn, salvaged during the excavation for the new foundation.