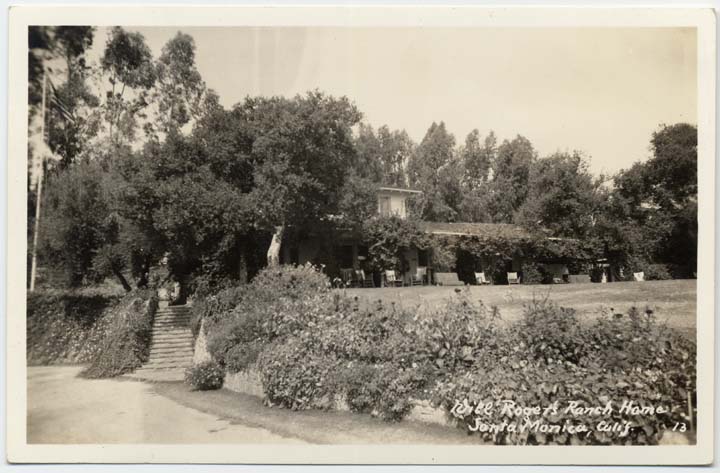 In 1971, the Will Rogers Western Ranch House (built circa 1926) was listed on the National Register of Historic Places. The "Ranch House" is a significant structure under two National Register criteria:  NRHP Criterion “B” because it was the home of noted humorist, writer, and actor Will Rogers and NRHP Criterion “C” because of type, period and method of construction.

NRHP Criterion “B:”
The real beginning of celebrity was Will Rogers in 1932. Will Rogers was then the biggest star in Hollywood. Nobody until Shirley Temple was more popular. He introduced Franklin Roosevelt to a rally at the Hollywood Bowl during the presidential campaign "I don't belong to any organized party. I'm a Democrat," Rogers quipped. His 1935 funeral in California was believed to be the biggest turnout of mourners since the death of Abraham Lincoln.

NRHP Criterion “C:”
Will Rogers Western Ranch House is a large-scale example of a traditional western ranch house with its sprawling plan, open balcony and patio and its simple, rustic, interior and exteriors finishes. The box construction and simple board and batten cladding embodies a rough-and-ready construction technique once frequently employed in the construction of western ranch houses.